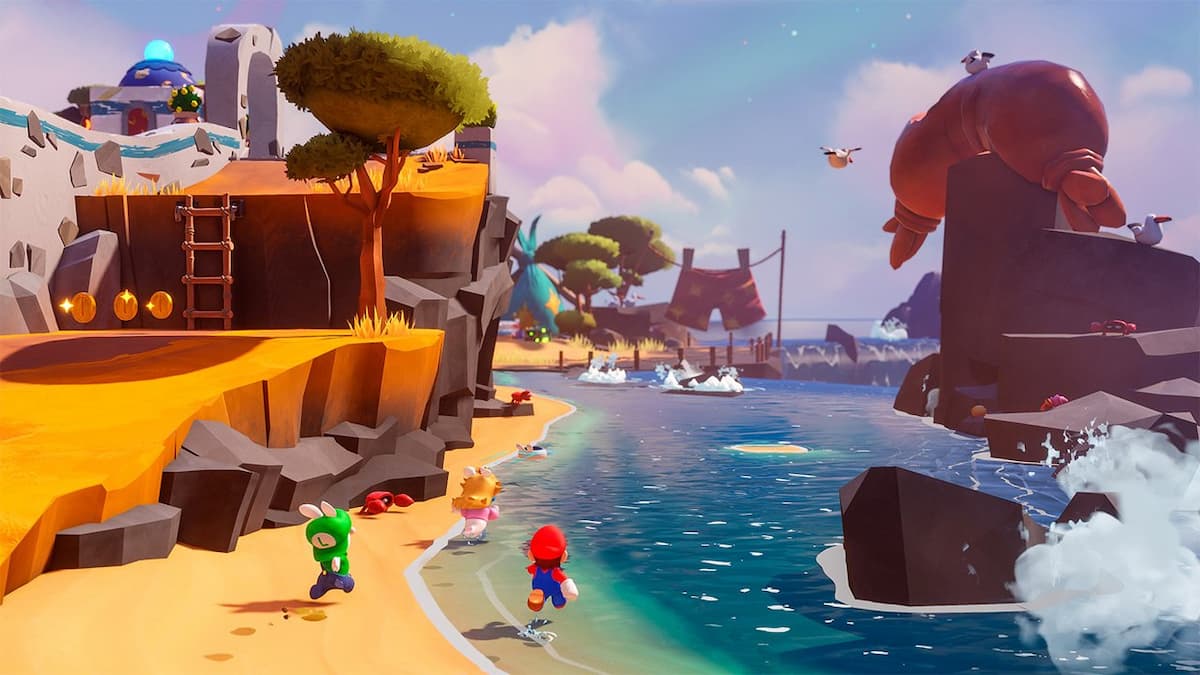 Mario + Rabbids Sparks of Hope was leaked earlier on Nintendo’s website but the game was officially announced with gameplay during Ubisoft’s E3 event, Ubisoft Forward. The sequel to 2017’s Mario + Rabbids Kingdom Battle is set to release in 2022 for the Nintendo Switch — and It looks stunning.

Locations, characters, and gameplay were shown off for Mario + Rabbids Sparks of Hope and it looks even more ambitious than the first game, which was already a good game. The gameplay trailer showcased a sunny beach with beautiful, warm light sprinkled across the characters and their surroundings. We also saw a lighthouse on the edge of a quaint town where everything looked calm until a storm suddenly started, covering the town in darkness. The trailer also showed off a snowy tundra and what looked like the inside of a haunted house. Normally it’d seem like a stretch to expect Luigi to hunt some ghosts but the trailer also showed references to Super Mario Galaxy.

Save $35 on Mario and Rabbids Kingdom Battle – Nintendo

Familiar characters and some new faces have been confirmed as well. Ubisoft showed a flaming star, Rabbid Luma, and even a Rabbid Rosalina. Combat looks as good as ever; attacks from the first game were shown, along with some new tricks, which will be great for returning fans and the newcomers that won’t be able to resist Mario + Rabbids Sparks of Hope.