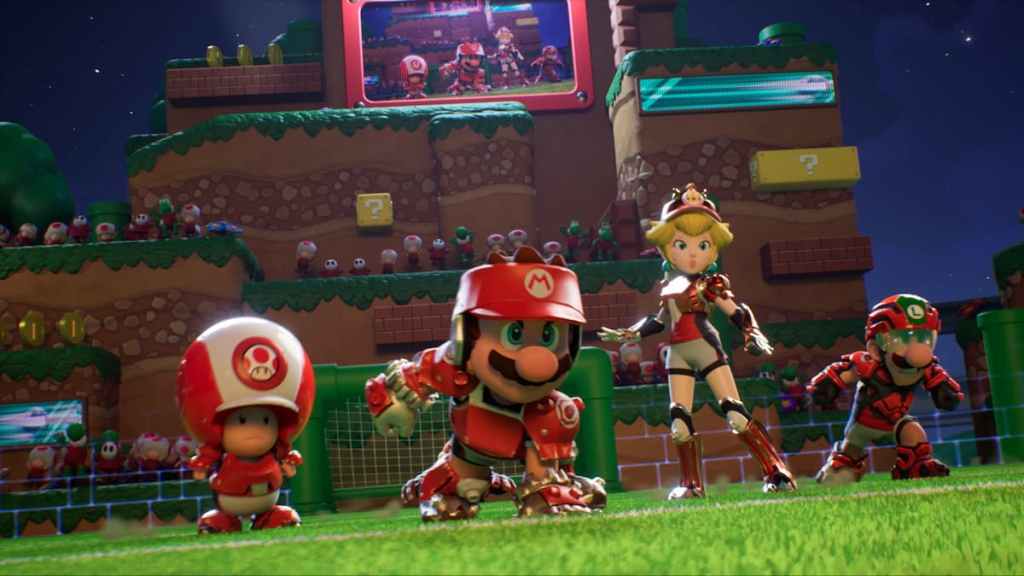 Nintendo has released four short brand-new trailers for its upcoming Mario soccer game Mario Strikers: Battle League. The four short trailers give us a look at the game’s Hyper Strikes, customization, and more. Nintendo is starting to ramp up hype for the game before its launch on June 10.

While we’ve seen plenty of the game in previous, more lengthy trailers, Nintendo has decided to release four bite-sized looks at Mario Strikers: Battle League. The four short trailers offer a glimpse of a standard soccer match in the game, along with more focused looks at in-game customization, Hyper Strikes, and a fancy cinematic.

The first of two “So Much Fun It Hurts” trailers shows us a cinematic from the game, giving us a look at its origin story. Mario and Peach are seen relaxing in the sun before a soccer ball hits Mario right in his mustachioed face. This sets the characters in motion to fight it out in aggressive soccer matches, apparently.

The second “So Much Fun It Hurts” trailer for Mario Strikers: Battle League shows Mario and Peach entering the field of play via portals before showing us more of the game in action. We get a look at Luigi and Waluigi’s Hyper Strikes here.

The Hyper Strikes trailer, meanwhile, shows more of the game’s Hyper Strikes mechanic in action. We see Mario and Yoshi’s Hyper Strikes in the fifteen-second long teaser. It all looks a bit OP and would be sure to get VAR involved.

Finally, the last of the four short trailers shows off the game’s customization options. We see Princess Peach being kitted out with different boots that alter her stats and get to see the newly-equipped armor in action.

When Mario Strikers: Battle League releases exclusively on Nintendo Switch on June 10, there won’t be too many playable characters to choose from. Hopefully, the game’s customization options and Hyper Strike-laced gameplay will tide us over until more characters are added.