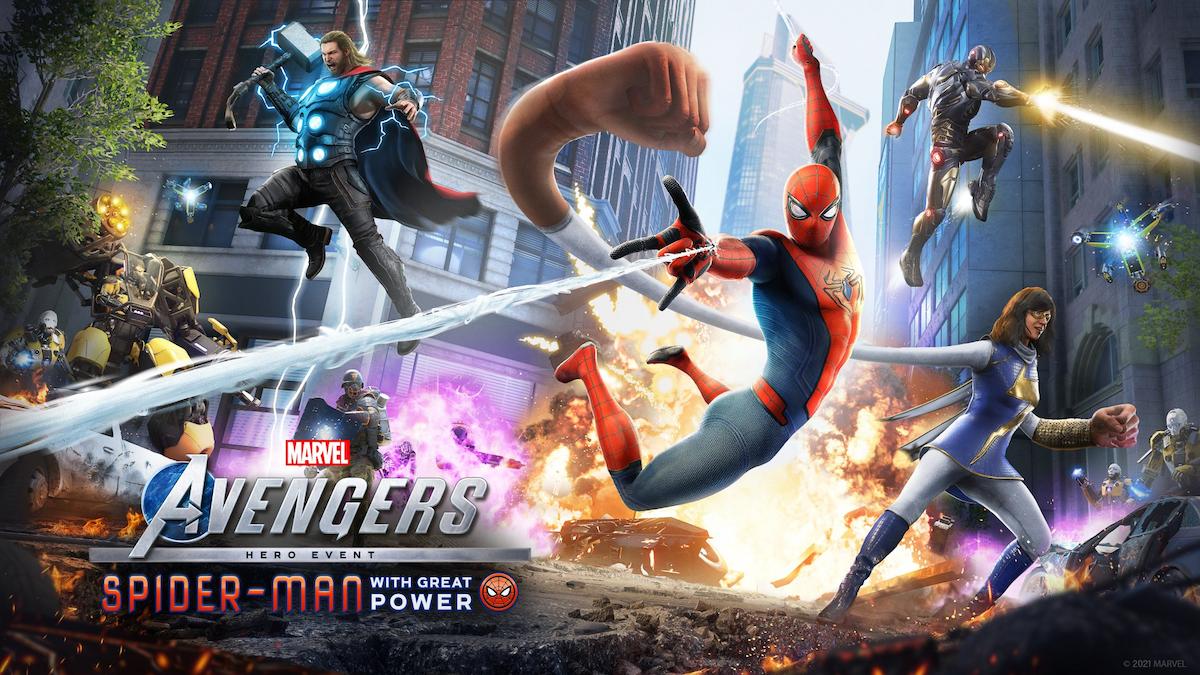 In a move that would make Daily Bugle editor-in-chief J. Jonah Jameson proud, the Marvel’s Avengers Twitter account shared an image of Spider-Man today, giving folks a first look at the web-slinging superhero’s design ahead of his in-game debut on November 30. The image showcased Spider-Man fending off foes alongside Thor, Iron Man, and Ms. Marvel as Avengers Tower loomed in the background.

In a reply to the original tweet, the game’s Twitter account advised players to “swing on over to [IGN] tomorrow” for the first trailer featuring the character. The trailer’s debut time was not provided.

In terms of design, this interpretation of Spider-Man looks to take things back to basics with a fairly standard red-and-blue suit that has more in common with the suit donned by Tom Holland in Spider-Man: Homecoming than the white-accented suit featured in the PlayStation-exclusive Spider-Man games.

As was announced prior to the game’s release, Spider-Man will only be available on PlayStation versions of Marvel’s Avengers, and this first look doubled down on that. “Here’s your first look at Spider-Man before he comes to PS4 and PS5 on November 30,” read the tweet.

Spider-Man is currently not slated to arrive on any other versions of the game, so PC and Xbox players will not be able to check out the webhead later this month. Funnily enough, the game’s addition to Xbox Game Pass earlier this year likely boosted the game’s active player count by a fair margin, according to sales analyst BenjiSales.