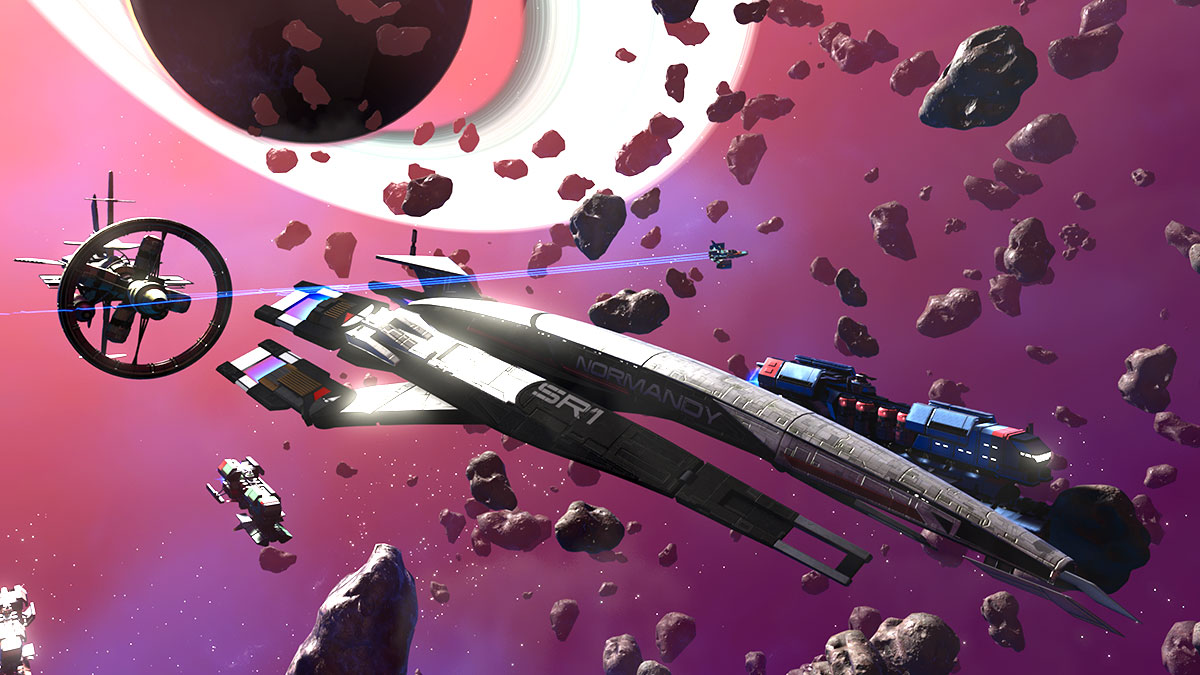 Hot on the heels of the Mass Effect Amazon series deal, No Man’s Sky is bringing back the sci-fi classic’s Normandy SR1 spaceship. It’s coming back as part of the return of Expeditions.

Expeditions were seasonal content introduced to No Man’s Sky this year, each one offering a different experience for a limited time. Developer Hello Games announced today, they’re being revisited. As before, each Expedition will be available for a limited time, but it’s a new chance to earn unique rewards nonetheless. You’ll see them in the main menu as they become available — they’re launched separately from the regular game.

First up is Pioneers, which is live now through December 7. Complete it to earn patches, items, blueprints, and more. The second Expedition, Beachhead, is the Mass Effect crossover event that most players are likely looking forward to. Finish it between December 8 to 21, and you’ll be rewarded with your very own SSV Normandy SR1. After that comes Cartographers, from December 22 through January 4. This single-planet-focused Expedition also includes new patches, items, blueprints, and other rewards. Finally, Emergence will run from January 5 to 19. It’s also set on a single planet — one that’s home to deadly giant sandworms — and features similar goodies.

If you want to make sure you get all the rewards during the Expedition revivals, we’ve got you covered. For Emergence, in particular, we can help you complete the Spawn Beneath Your Skin milestone and get the Visceral Synthesizer Plans.