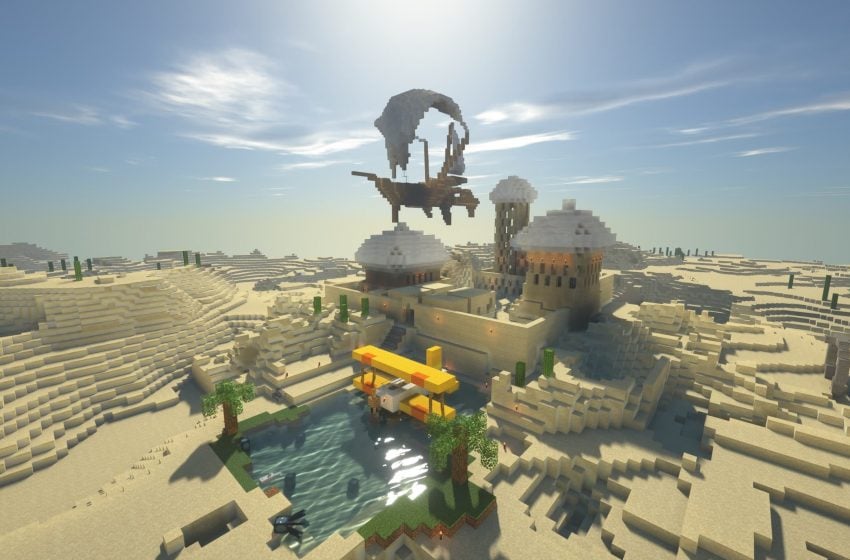 Minecraft with RTX is now available in open beta for the Windows 10 edition of the game. The update will add ray-tracing effects such as reflections and shadows, bringing new life to the 10-year-old title.

RTX is not supposed to interfere with shader packs allowing players to keep using modded packs. The update was first announced to be in development by Microsoft and Nvidia at Gamescom 2019.

Modders have been able to create the ray-tracing effects in the past with good results. The highly configurable graphical addon Optifine is one of the most popular downloads for the game. Mods like Optifine are what inspired Microsoft and Nvidia to work together to add the same graphical enhancements natively to the Bedrock edition of the game. Shader packs like the wildly popular SEUS pack will still be usable with the new update.

While the update will be available to everyone on the Windows 10 edition of the game, not everyone will be able to use it. To use ray-tracing, you need a laptop or desktop with an Nvidia GeForce RTX 2060 GPU or better. These GPUs have only been out for a year and a half, so if you have an older PC, you will likely need an upgrade, consult your PC specs for more information.

How to opt into the RTX beta

To get access to the RTX open beta you will need to have the latest windows update and be part of the Xbox Insiders program available through Microsoft. Start by checking if there are any updates for your PC available, if there are, go ahead and start the update process and restart your computer.

Once the PC is fully updated, open the Microsoft Store and download the Xbox Insider Hub app. Open the app and click the “Join” button when prompted and follow the steps to enroll in the program. Once you are enrolled in the program click on the box icon in the top left corner of the app to access the insider content screen. Minecraft for Windows 10 will be one of the options you see on the next screen. Click on it then click the “Join” button at the bottom of the next screen. You will get a few more prompts you will need to accept.

After you have done all of this you will be able to manage the app. Back on the Minecraft page of the Insider app, click on “manage,” you will get a new pop-up screen. This window will let you pick which beta you want to participate in. Click on “Minecraft for Windows 10 RTX Beta,” then click “Done.” You can follow a similar process to opt-out of the beta later if you don’t want to participate anymore.

Minecraft will now automatically update from the Windows Store if you have the auto-update feature enabled. If you don’t you will need to go to the Minecraft page in the Microsft Store and hit “Update.”

If you are already part of the Xbox Insider program, just open the Insider Hub app and click on the Insider Content box in the top left corner. Click on the Minecraft app, then hit “Manage”. Select the “Minecraft with RTX Beta” option in the next window and hit “Done.” The game will update automatically if you have auto-update enabled in the Microsoft Store. If auto-update isn’t enabled, you will need to go to the Minecraft page in the Microsoft Store and click “Update.” Once the game is updated you can jump right into the beta.

There are six free Creator Worlds available in the Minecraft marketplace that feature path-tracing and PBR texture enhancement. Just search for “RTX” in the marketplace to download them. For the best possible performance, Nvidia recommends using fullscreen mode with 1920×1080 resolution and ray tracing set to eight chunks. If you have a beefier PC with a better GPU and CPU you can change the setting to render more than eight chunks with ray tracing.