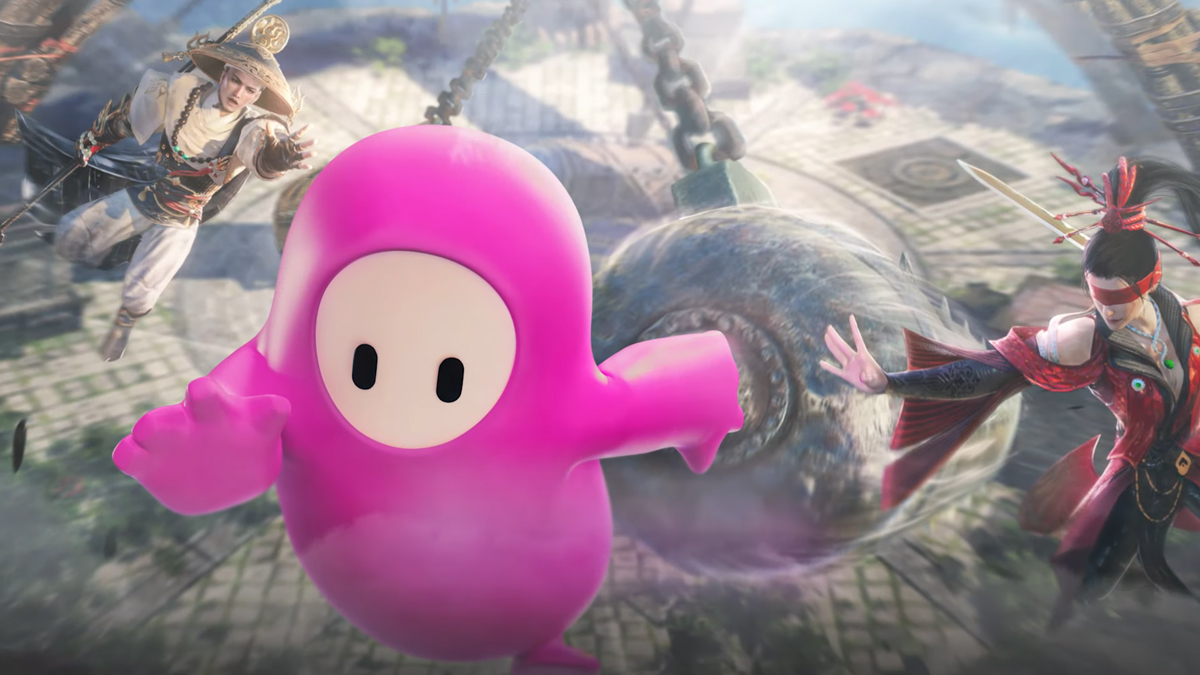 Naraka Bladepoint and Fall Guys: Ultimate Knockout are both competitive games, but they couldn’t be more different. Naraka is about slicing your opponents down to size and being the last warrior standing; Fall Guys presents a series of obstacle courses that eliminate players until one is crowned the winner. Now the two are coming together, as Naraka Bladepoint just launched its new Through the Fire mode.

Through the Fire is a casual multiplayer mode, so your rank won’t be affected by your performance. That’s a very good thing since it’s quite different from standard matches. As you’re battling monsters and other players, you’ll also have to avoid giant swinging pendulums. As the introduction video shows, there’s no way to block the impact of these giant hazards — you’re going to get knocked back if you don’t get out of the way. Fall into the water, and you’re out.

The spirit of the swinging pendulums can actually aid you in combat though. As stated on Naraka’s update page, the Exquisite Vessel will spawn “every now and then,” bringing weapons and rare Souljades. Two new Souljades turn your attacks into pendulums of their own. Uppercut Slash enhances the uppercut slash on katanas, spears, and dual blades. Lethal Descent lets you stomp the ground and damage enemies, hurting more depending on the length of your fall. In both cases, the image of the pendulum appears on impact.

As for the Fall Guys visuals, you can’t actually play as the bean that you see in the trailer. Instead, you’ll see a bunch of Fall Guys-themed decorations in the game’s lobby. To be fair, the beans probably wouldn’t fare well against bladed weapons.

Meanwhile, Fall Guys continues to get all sorts of crossovers of its own. Most recently, a pair of Pusheen skins were added to the game. It also just wrapped up an Assassin’s Creed-themed Abstergo Challenge event. Expect plenty more of that stuff in the game’s future.