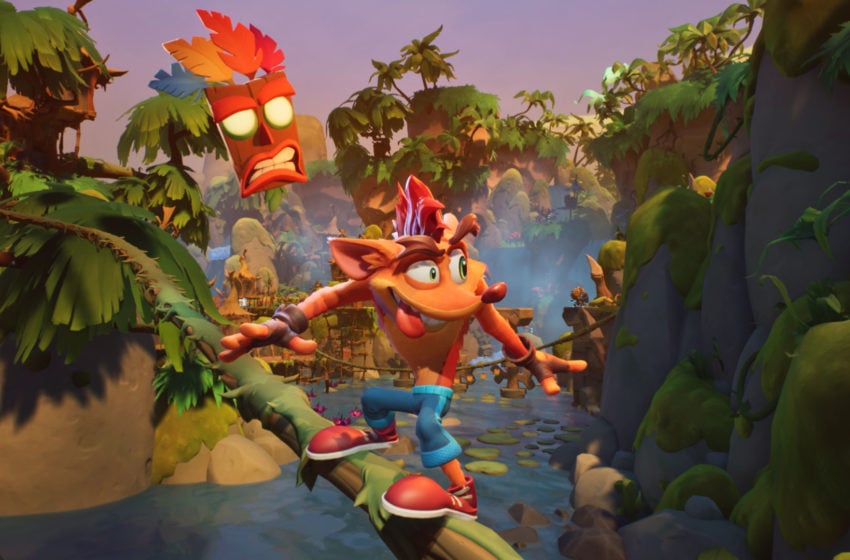 The Crash Bandicoot 4: It’s About Time developer, Toys for Bob, has given fans of the series an extra look at the upcoming installment. This time, the additional gameplay trailer, per IGN, goes further in-depth into how the first current-gen Crash Bandicoot will differ from games past.

As we can see from the start, the level design is much more complex and varies heavily from stage to stage. In the beginning of the trailer, we see cuts of Crash traversing through a water level, another that appears to be inside a spaceship as he wears an anti-gravity suit, and also a stage that is themed around a pirate island. When showing the pirate level, a handful of crates and wumpa fruit stand in front of Crash, to confirm their return to the series—and to haunt our platinum trophy aspirations.

One noticeable difference is found in the spinning-attack mechanic. Per usual, users are knocking NPCs off the level to defeat them, but now it may be possible to control where those NPCs fly off to. In the trailer, Crash is seen spinning the enemy hard enough so that their trajectory curves, rocketing them into another herd of baddies.

Further into the Pirate stage, the camera pans to Crash zip-lining on tightropes, which is also new to the series, while underneath there lies a collection of platforms that appear to be usable if the player so chooses. This gameplay is assumably used to capture just how larger the stages will be compared to the ones in predecessors, as Crash now has the option to roam individual paths.

With over 100 stages included, it is likely there are still a handful of gameplay additions Toys for Bob has yet shown off. There is still time for them to do so, as Crash Bandicoot 4:It’s About Time hits PlayStation 4 and Xbox One on Oct. 2.