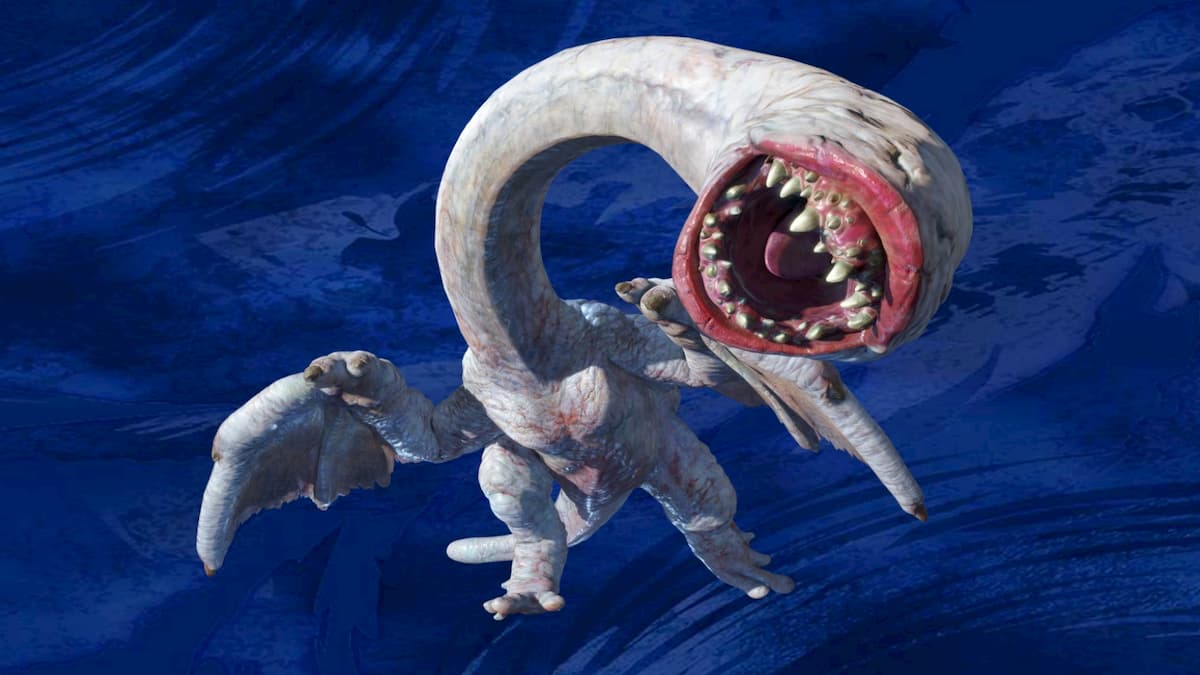 The Monster Hunter Digital Event of January 2021 showed off several monsters players will be encountering in the Monster Hunter Rise while exploring the Frost Islands, a locale coming to the Nintendo Switch title. These monsters reflect the eerie frozen wasteland and will prove a challenge for any hunter looking to slay them on their journey.

The first monster shown off is the Goss Harag. It’s a massive ape-like creature that appears to be wearing a demonic mask. Using its signature icy breath, it can create a blade on its arm to smash down and damage foes.

Next was the Barioth, a classic flying wyvern that first appeared in the Monster Hunter World: Iceborne expansion. It’s a charging creature that finds its home in frozen wastelands, capable of crawling across the ice as if it were flying through the air.

Another creature shown was Tigrex, a highly aggressive flying wyvern that charges at its foes. Tigrex appeared the most out of place in the ice slopes of the creatures shown, appearing to be at home on a tropical island. But it fits right in with its level of savagery.

Additional creatures shown in the demo included the fearsome Khezu, Mitzutsune, the Great Baggi, and the game’s flagship monster, Magnamalo. The Magnamalo is a massive, armored creature that will give any hunter a healthy challenge.

A notable appearance from the trailer was the introduction of Wyvern riding. This is done after players have met the requirements to unlock the Wirebug, and then wrap it around a Wyvern. After this is done, players can trap the creature, and then hoist themselves onto its back, and start riding it around a given area. You’ll be able to control the wild monster, and potentially battle another. If anything, it’s a quick way to travel around the game.

We’re excited to encounter these creatures in Monster Hunter Rise when the game releases on March 26. However, you can try earlier by playing the demo, which releases today. It’ll be available until February 1, so players have a limited time to try it out.