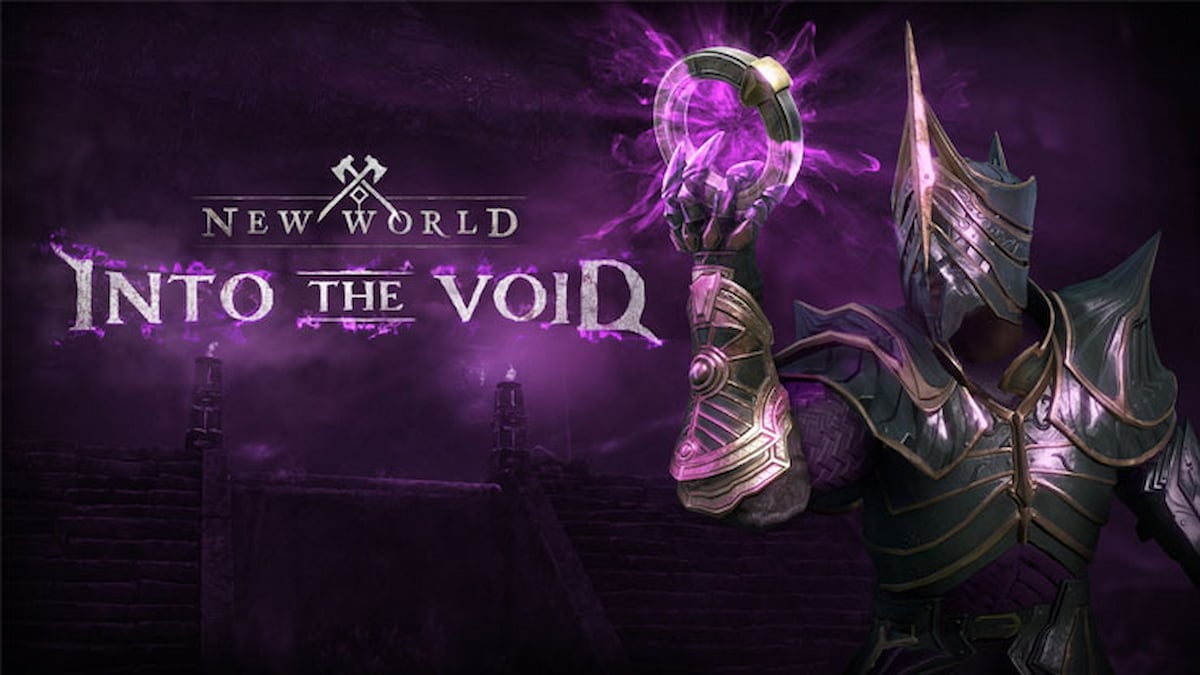 The New World development team release their first wave of content from the game’s Public Test Realms, where the Void Gauntlet, quests, and new enemies have been running around for players to test before they arrived on the live server. Those features are coming to the main game in the Into the Void patch 1.1 update, releasing November 18, roughly four hours after the servers go down at 5 AM PT.

The big announcement from this patch release is a new weapon, the void gauntlet. Players will augment it as a damaging item to summon a void sword, engaging in close-range combat. However, players can alter its uses to protect their friends, using ranged attacks heals to buff their allies and debuff incoming enemies.

Players can also face off against new enemies, the Varangian Knights. They’re an invading order, attacking the Southeastern Aeternum, led by Command Attalus. They have been sent to seek out magical artifacts and arcane lore. Their horde is made up of the Varangian Hewer, the Scout, the Knight, and the Archer.

There have been a number of smaller changes added to New World, such as unique starting area effects, new PvP quests, several balance changes for all of the weapons, and a mountain of bug fixes. You can check out all of the changes in the patch notes below.

Our goal with with some of the changes below is to make the power of Juggernaut weapon mastery tree stand out a bit more from the Crowd Crusher tree, and funnel some of the power of Shockwave’s Rend to the Armor Breaker’s Rend.

The purpose of the Life Staff adjustments are to move some of the healing power into the light and medium equip loads while reducing some of the power of the tanky healing builds. We also want to make it easier to properly target and heal the correct group members.

We wanted to buff the Throwing Axe tree to make it more useful, buff the Infected Throw ability to make it more viable as an anti-healing ability, and improve the buffering for heavy attacks to make them more consistent to use. We also worked to resolve issues that resulted in missed hits.

Our main goal of the Sword/Shield updates were to make the Leaping Strike ability feel better and to improve the buffering for heavy attacks to make them more consistent.

We updated the Fire Staff to reduce some of the effectiveness of standard attacks due to how powerful they felt in comparison to certain abilities, and updated some abilities to feel more impactful.

Our goal was to buff and adjust some of the lesser-used abilities to make a wider selection of abilities feel viable.

Our goal with the Ice Gauntlet was to tone down the effectiveness of some of the maxed out combinations of abilities while still maintaining their individual usefulness.

Similar to the balance updates of other weapons, our goal was to buff and adjust some of the lesser-used abilities to make a wider selection of abilities feel viable.