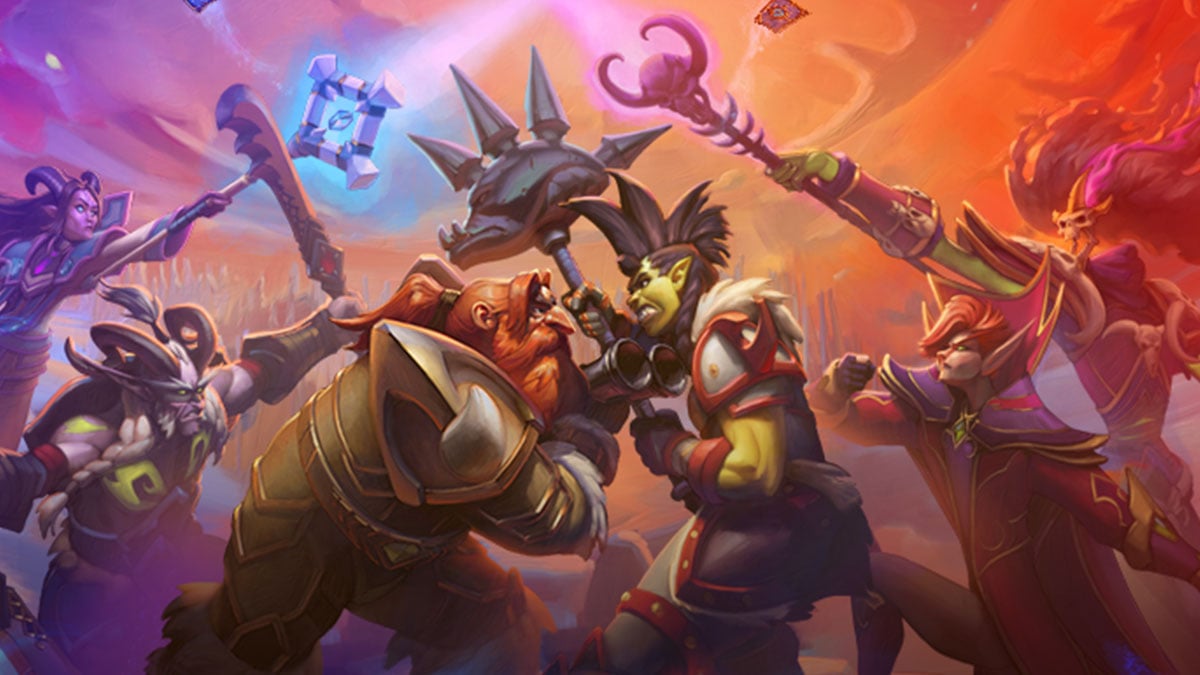 On the same day that Activision Blizzard employees are staging another walkout in response to CEO Bobby Kotick’s handling of misconduct, the Hearthstone team has curiously announced the card game’s next expansion. Fractured in Alterac Valley will add a ton of new cards to the game, including a Hero card for each class.

Hero cards like Lightforged Cariel represent the culmination of several storylines, which are coming together for a long-anticipated battle of the Alliance vs the Horde. Vanndar Stormpike and Drek’Thar, representing the Alliance and Horde, respectively, can be seen in the new cinematic trailer. Starting today, you can side with one of them when you log in to Hearthstone, and you’ll get a free Golden copy of their Legendary card for doing so. When the expansion launches, you’ll fight for your side to earn more prizes.

You’ll also get to try the new Honorable Kill keyword. As you might surmise from the name, this keyword is activated when certain cards kill a minion — bonuses like an attack boost will then be granted. Between Honorable Kill cards, Heroes, and other additions, Fractured in Alterac Valley will add a total of 135 new cards to the game.

The expansion launches on Tuesday, December 7. Alliance-Horde battles will begin the same day, and you’ll compete against the other side for prizes through January 11. Card packs are available for pre-purchase on Battle.net now: you can get a 60-pack bundle for $49.99 or an 80-pack bundle with a bonus Hero for $79.99.