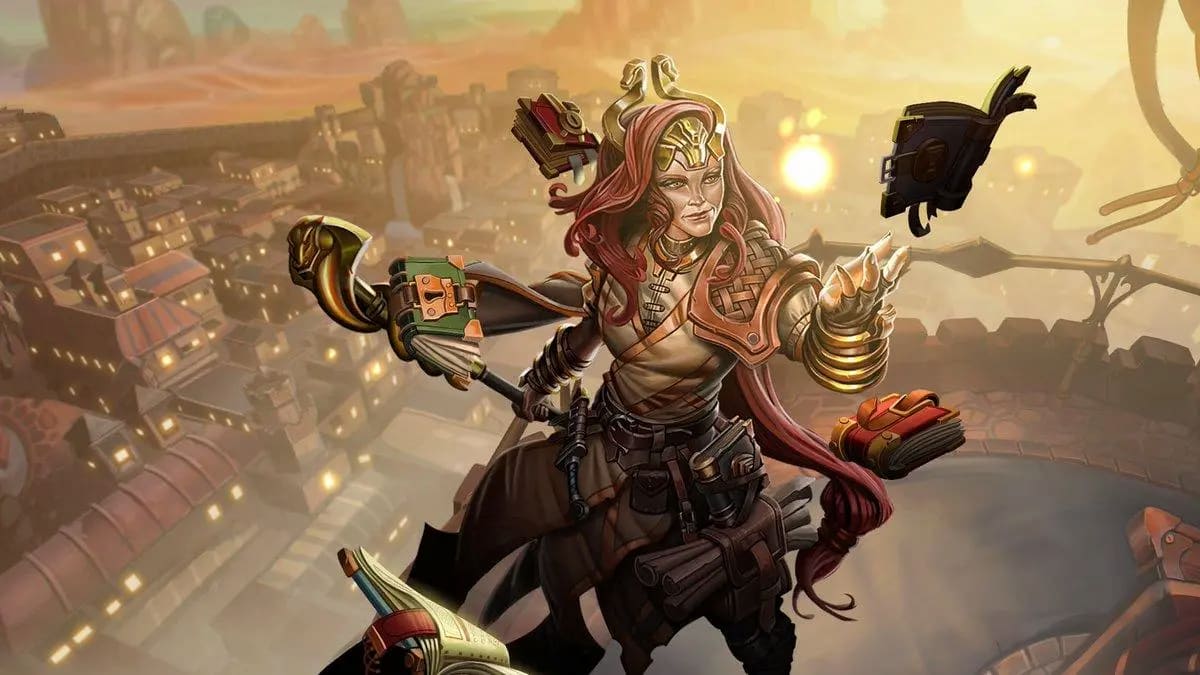 Collectible card games (CCGs) are in vogue right now, with plenty of options on PC and even more on mobile. While new titles come out all the time, only a handful have the originality and competitive quality to actually stick around and foster a healthy playerbase. Here are ten of the best CCGs available to play on mobile right now.

Related: The 10 most expensive cards in Magic: The Gathering

If you like the gameplay of Hearthstone but don’t care for the Warcraft setting, this one is for you. Eternal is the best of the many, many Hearthstone-inspired CCGs on mobile. It has similar gameplay but with its own twist and mechanics, and a much more interesting spellpunk-Western setting.

GWENT is a popular card game that originated in The Witcher series. It has become a favorite among gamers worldwide, offering an immersive and captivating gaming experience. Each player starts with ten random cards and must build decks to defeat opponents. With its simple rules, strategic depth, and interactive gameplay, GWENT is an enjoyable experience.

We couldn’t omit Hearthstone from this list. Despite its age and the many innovative and original card games to come after it, Hearthstone is still arguably the most polished CCG on the scene. It boasts a very deep library of cards, frequent updates, and an autobattle mode called Battlegrounds when you play it on PC.

Legends of Runeterra burst out on the scene in January 2020, but this newcomer to the genre has already carved a dedicated niche for itself. While it builds upon many of the mechanics of Magic: The Gathering, Legends of Runeterra has two features that make it a completely different beast. The first one is the game’s turn order system, which is more fluid and interactive than those of other CCGs, giving players plenty of opportunities for counterplay.

The second is the champions, powerful League of Legends characters who alter how each deck behaves. While they do narrow down deckbuilding options considerably and force players into rigid archetypes, the champions add a lot of flavor to each match and give Legends of Runeterra a more action-like vibe.

Magic: The Gathering Arena is a free-to-play digital card game based on the popular collectible card game of the same name. Developed by Wizards of the Coast, it allows players to experience the Magic: The Gathering universe and battle with their favorite cards against opponents from around the world.

Players can build custom decks, explore new strategies, and test their skills in intense duels. It offers an array of engaging game modes, from Story Mode to player vs. player ranked and unranked matches, as well as a host of ways to build your perfect deck. Whether you’re new to Magic: The Gathering or a seasoned veteran, there’s something for everyone at the Arena.

Snap up your favorite Marvel characters in the action-packed digital card game Marvel Snap. Choose from an array of legendary heroes and villains to create a powerful deck. Developed by Second Dinner and published by Nuverse across various platforms, including mobile and PC.

Challenge yourself with this exciting new way to experience the epic battles between the forces of good & evil from within the expansive Marvel Universe.

Pokémon Trading Card Game Online (PTCGO) is an online version of the classic card game. Players can create decks using virtual cards from various Pokémon franchise expansions and challenge each other in tournaments or casual play. The game includes interactive tutorials, a solo mode with AI opponents, and more than 4,000 cards to collect and trade.

PTCGO is the perfect way to experience the classic card game, with all its strategy and fun, while staying up-to-date with new expansions. You will love this game if you’re a fan of the live trading cards or Pokémon.

Unlike traditional CCGs, Stormbound features a tug-of-war mechanic. When each player uses a card from their hand, it is deployed as a troop of creatures—or a structure, monster, or spell, depending on the card – on a grid map between the players’ strongholds. Creatures march down the map, engaging each other and ultimately crashing into the enemy stronghold. This adds a nice sense of physicality to the normally abstract trading of resources that most CCGs revolve around.

Teppen is another tug-of-war style CCG, but unlike Stormbound, the action happens in real-time. Using characters from Capcom’s library of games, Teppen has players deploy cards on a three-lane arena. They then battle it out in real-time until one player’s defenses fail.

If the idea of throwing Mega Man’s Chill Penguin at Jill Valentine does not appeal to you, you still might be able to enjoy Teppen for its competitive quality, which has fostered a small but very dedicated esports scene.

On the surface, Warhammer Combat Cards may seem simple and minimalistic. It uses small decks, simple cards with few stats and abilities, and very streamlined gameplay. Within this unassuming wrapper is actually a deep strategy card game that can be extremely satisfying once you’ve picked up on all the timing mechanics and army nuances. As another plus, Warhammer fans would appreciate getting to play with many of the iconic heroes and creatures of the Warhammer 40,000 universe.

Warhammer Combat Cards is available on both Android and iOS. However, note that account information does not seem to be preserved after deleting the app, making account recovery difficult.