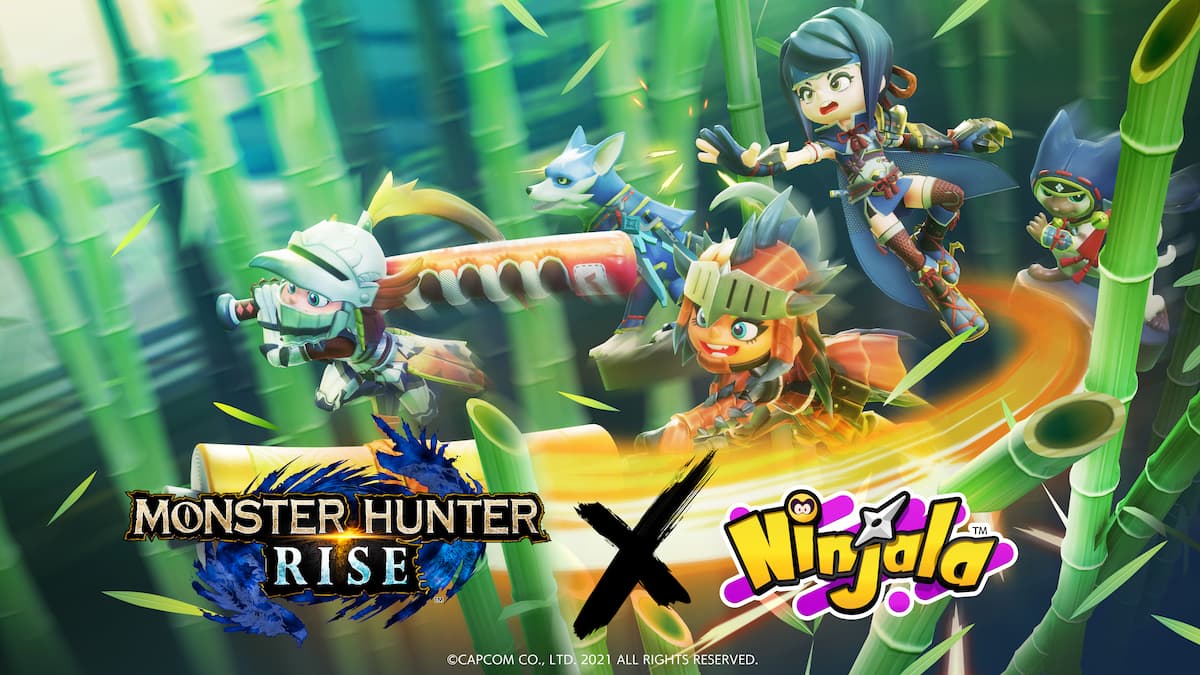 Ninjala will be celebrating the release of Monster Hunter Rise with a crossover event that will being some costumes, emotes, and decorations inspired by the monster-bashing series to the action battle game.

From April 27 to May 26, players will be able to get their hands on Kamura Style, Rathalos Style, and Aknosom Style costumes for their avatars. Three new emotes will also be available, BBQ Success, BBQ Fail, and Weapon Sharpening.

Palamute and Palico IPPON Decorations and Gum Utsusemi will also be up for grabs, along with a new Monster Hunter T for your Ninjala character to wear. All the rewards are cosmetic in nature, and some will rewarded for playing the game, while others will be simple log in rewards.

Monster Hunter Rise has been an enormous success for Capcom, selling over 5 million copies on the Nintendo Switch since launch. A PC version is expected to release in 2022.

Capcom is also planning a series of free title updates for the game, with the first arriving toward the end of this month. This will add new monsters to hunt, new levels for Hunters to reach, and much more to the game.