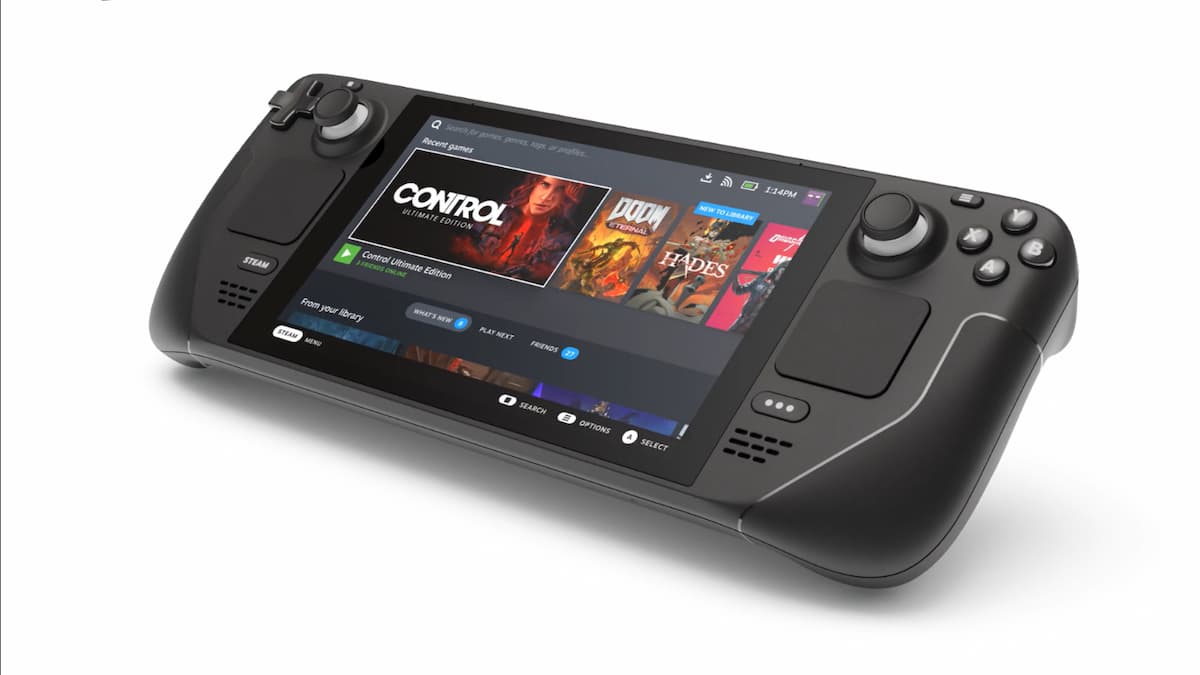 New information has been coming out for Valve’s upcoming portable system, the Steam Deck, since its official reveal last month. Included are more details on the handheld and docked modes, and whether there’s a significant difference between the two.

According to a recent interview from PC Gamer, Steam Deck designer Greg Coomer was asked whether Valve had considered a higher performance mode when designing the system. His reply? “Yes, but we didn’t choose to make it a really high priority design target… we felt that it was actually better all things considered to not modify based on docked status or mobile status.”

From there, Coomer and Valve prioritized which mode they felt would be the most used, which was mobile. The team then developed the Steam Deck with that design choice in mind, and afterwards focused on a “good frame rate with AAA games in that scenario.”

The Steam Deck, which opened its preorders on July 16, features three models. The first is $399 and has 64GB of embedded MultiMediaCard memory. The second model is $529 and features 256GB of NVMe SSD storage (which is much faster than the base model’s memory), a carrying case, and a Steam Community profile bundle. The most expensive model will sell for $679 and features 512GB of NVMe SSD storage, anti-glare glass, and a virtual keyboard theme.

For those who either preordered or are interested in the Steam Deck, check out our guide on some of the best games to get when the portable releases starting this December.