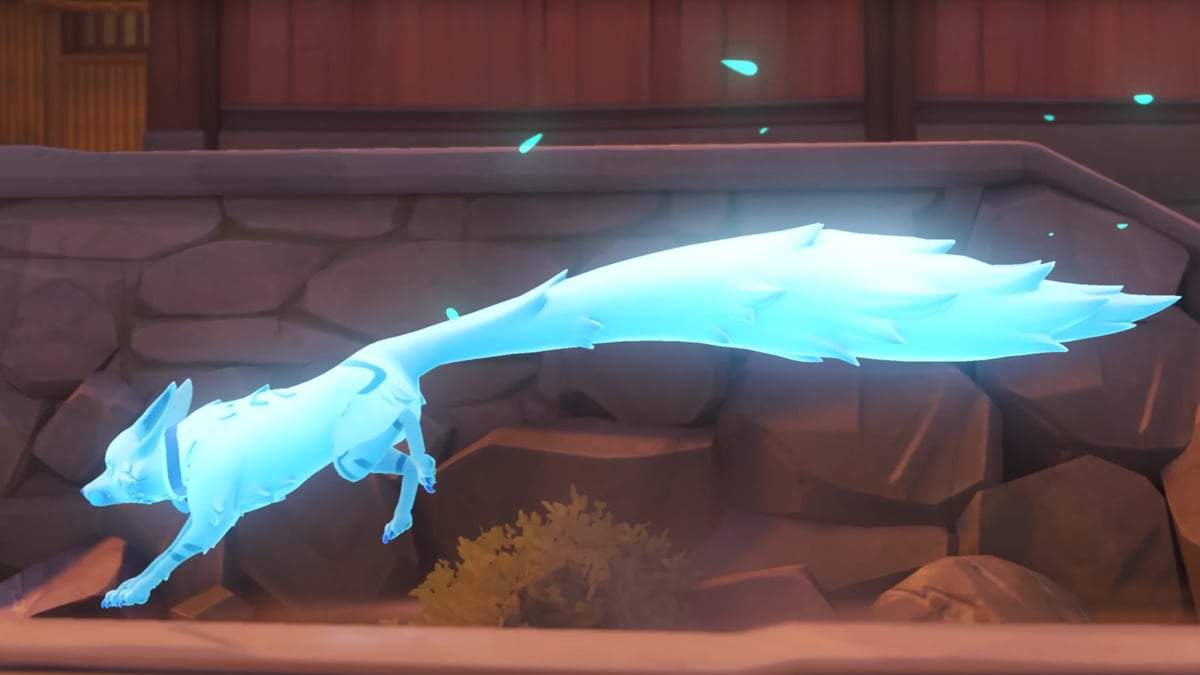 Overwatch 2 will have several new heroes such as Sojourn and Junker Queen, but there’s one particular tease that’s caught the attention of several fans. It seems some sort of fox hero is in the works for the competitive shooter sequel.

Overwatch 2 just wrapped another beta as of July 19. Just before the beta ended, a mysterious message appeared in the game chat for all players. You can see the strange string of characters in a tweet from streamer @Flats_OW below. Flats sent the message through a Base64 decoder, and it returned a question: “What does the fox say?” Replies are full of jokes about the 2013 viral music video of the same name, and while Blizzard certainly used that wording on purpose, there’s more going on here.

This isn’t the first time a fox has been teased in regards to Overwatch 2. The release date trailer included a shot of a fox spirit running through one of the game’s maps. As it darts toward some stairs, a series of ghostly Torii gates appear. Behind the fox is a group of four heroes, and considering the game’s new team size of five players, the shot seems to imply that the fox itself is the fifth member of the squad. Former Blizzard developer @OverwatchNaeri captured the moment in gif form if you want to see the footage for yourself.

Between these two instances, it really does seem like Blizzard is teasing a fox hero for Overwatch 2. According to the game’s first content roadmap, Season One will bring a trio of new heroes. We already know that Sojourn and Junker Queen are the first two, so this ghost fox may just be the third.

We only have to wait a few months to find out. Overwatch’s PvP launches on October 4, and Season One starts the same day. A new tank hero will arrive with Season Two on December 6, and more are planned throughout 2023. The game’s PvE portion will also arrive sometime next year. Blizzard previously stated that the game would release in two parts in order to get it in fans’ hands faster.