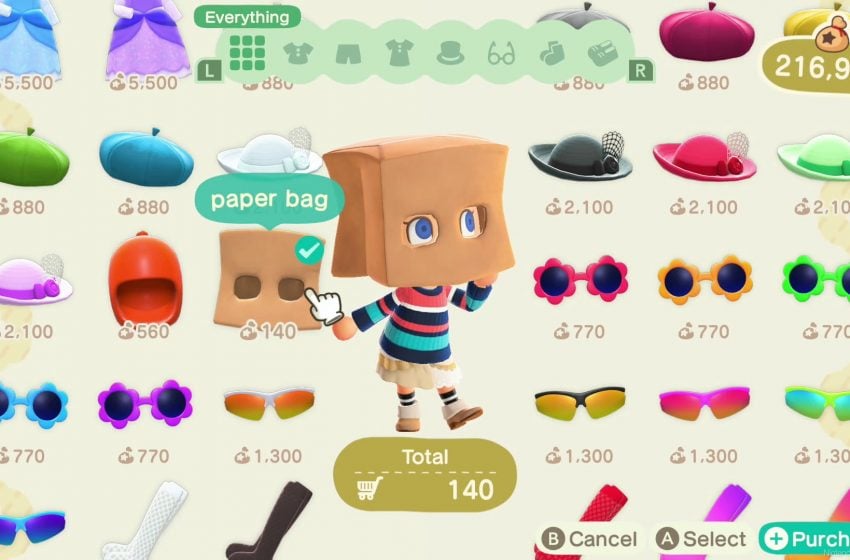 Nintendo has already shared in-depth videos that show how character customization in New Horizons will be more robust than ever. You’ll have the choice of facial features, hairstyles, skin color, and be able to adjust the shape of your facial features. A newly discovered headgear piece will obscure most of your painstaking character design choices in a hilarious way.

You can wear a paper bag as a hat. Maybe your character is going incognito. Maybe they’re really passionate about reusable grocery bags. Whatever your reason, this hat is as ridiculous as it is delightful.

Twitter user Daan Koopman discovered this new headgear item and shared a screenshot in a recent tweet. Compared to the price of other headpieces like hats and glasses, this paper bag is a steal at only 140 Bells. It’s not gender-locked, so any character can wear it.

Animal Crossing: New Horizons comes out for the Nintendo Switch on March 20.