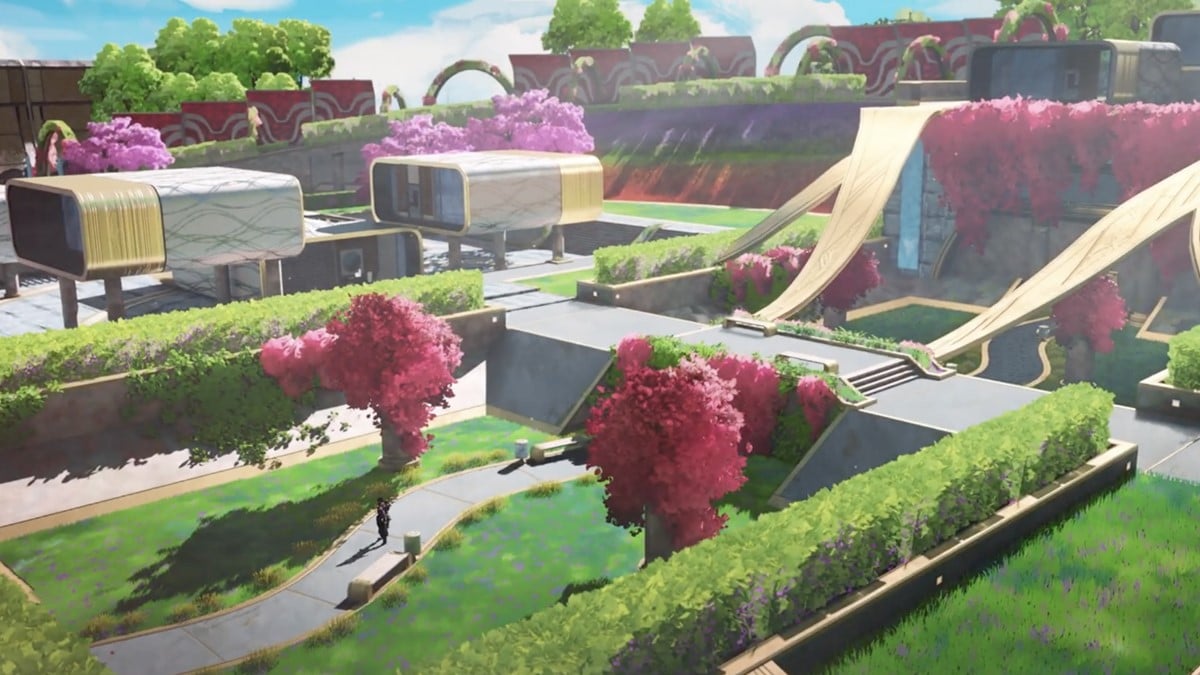 The new season of Apex Legends is nearly upon us and the season 7 trailer gave us our first look at the brand-new, breathtaking map: Olympus. This sunny, lush city in the sky is about to get wild, with a lot of open space, and a whole new layout to explore.

Olympus is home to the newest legend: Horizon, but it is also home to two long-time favorites: Lifeline and Octane. It may have also been home to Revenant at some point, as Olympus is where the Andrade family dining was when Revenant killed Loba’s parents as a child.

The beginning of the trailer shows the map from overhead, giving us much of the layout of the map. It isn’t clear yet if the weather shown in the trailer will be the weather in-game as well, but we can expect that it most likely will be.

We also got a closer look at the Trident, the new hovercraft vehicle in season 7. The bridges on the map are big enough for the hovercraft to travel over, and Pathfinder’s grapple can hook onto a moving Trident. Which is great if it’s your ally Pathfinder: not so great if it’s an enemy.

Olympus, overall, is breathtaking. It’s covered in plants, trees and full of life, which is a stark contrast to the barren deserts of King Canyon and the apocalyptic World’s Edge.

It almost seems like a sin to host the games there, knowing the state it’s in now will probably feel like an old memory after the games have been there for a while. But to say the least, we’re hyped to get a go at the games on some brand-new terrain.