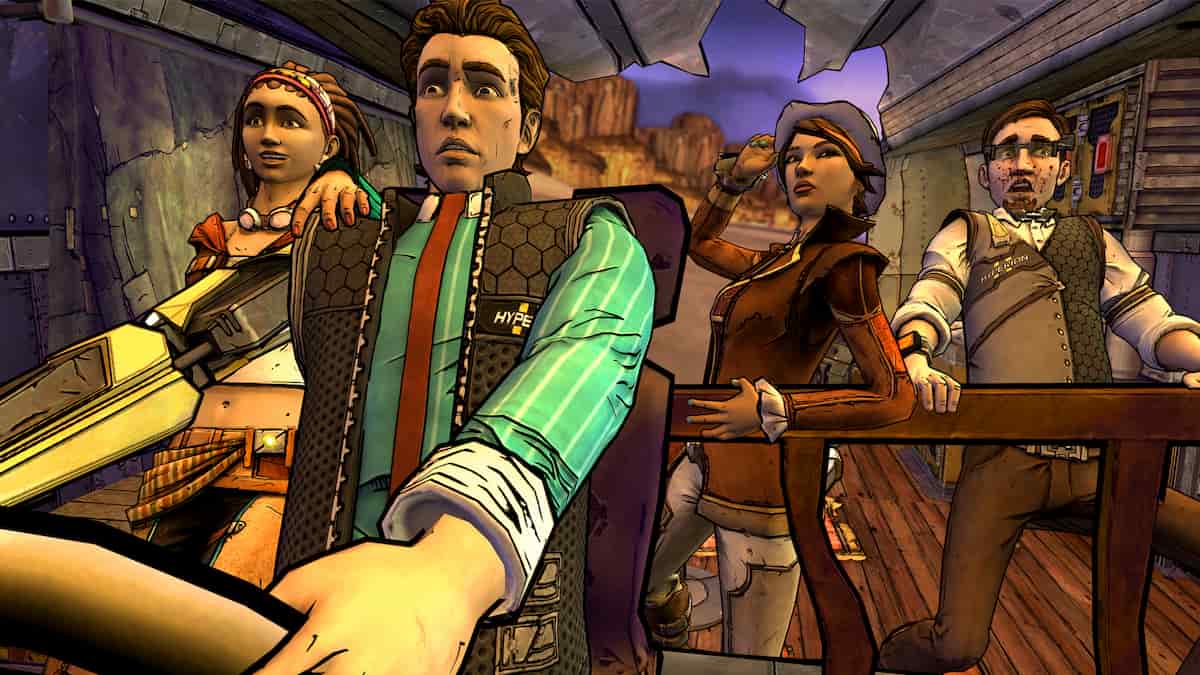 With PEGI mysteriously rating Tales from the Borderlands once again last month, Borderlands’ Twitter account has now confirmed the episodic story-focused title will be returning to digital stores on Wednesday, February 17.

Unfortunately, the surprising tweet did not make mention of the possibility of new content but did disclose that the Telltale-developed game will be available on PlayStation and Xbox platforms, as well as PC. As detailed by backwards-compatible.com, playing the 2014 game on next-gen consoles won’t give it any extra dazzle, though it will be locked in at 60 frames-per-second.

Tales from the Borderlands had lastly been removed from most digital stores in 2019, months after Telltale had gone bankrupt and ultimately closed down. Previously, The Walking Dead, The Wolf Among Us, and Batman were the only Telltale titles still up for purchase, with its beloved Sam & Max, Game of Thrones, and Back to the Future games still delisted from most marketplaces.