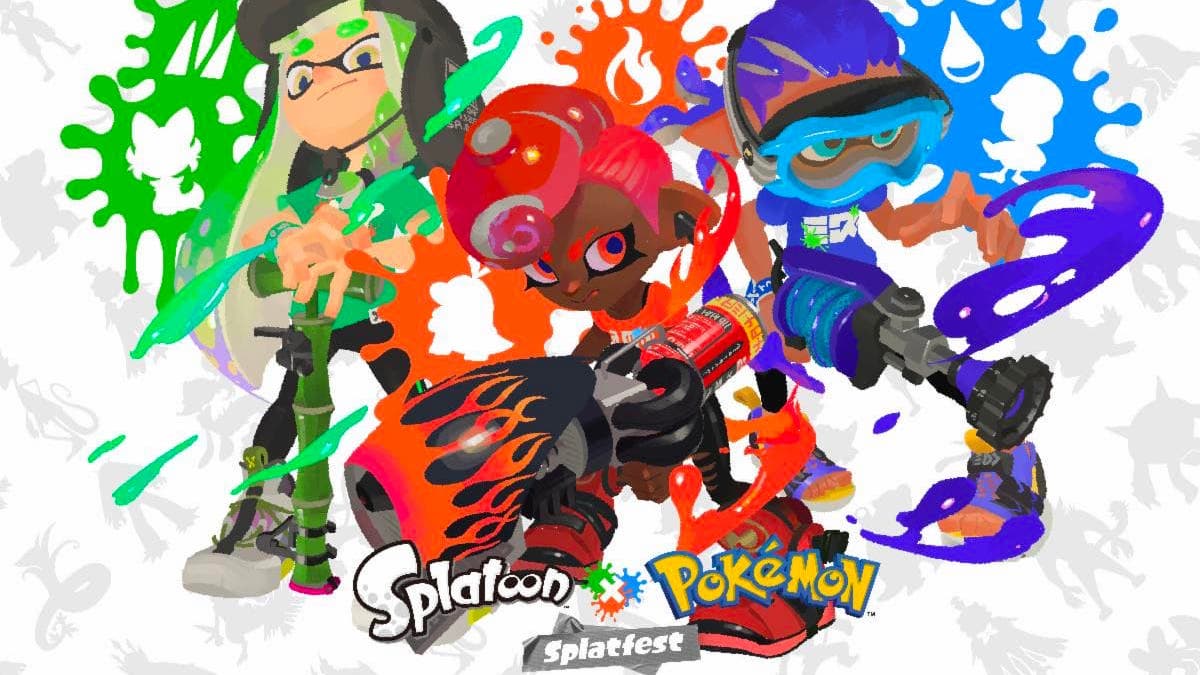 If you were as excited as we were about the newly released Pokémon Scarlet and Violet 20-minute trailer, then you will surely be even more hyped for this upcoming Splatoon 3 Splatfest event. The developers at Nintendo have decided that for the upcoming November Splatfest, they will do a collaboration between its very successful Splatoon 3 and the newest Pokémon generation.

The Splatoon 3 team have decided to continue one of the longest debates in the history of gaming with November’s Splatfest: Which of the Pokémon starting types is the best? Water, Fire, or Grass? For this event, players will don the blue, red, and green colors and decide, once and for all, which one of the starter types is the best (at least, popularity-wise). At the end of the event, the final winner will be revealed, and not only will they get bragging rights, but they will also get some special rewards.

The news of the event also reveals the designs of the unique Splatfest tees, with the Scarlet and Violet starters on the back, probably representing the teams. Nintendo has also promised the comeback of the Tricolor Turf War battles, where all three teams will go head-to-head on one map. And as with every Splatfest, participants will earn in-game Super Sea Snails at the end of the event, with the winning team getting a significant amount compared to the losers.

This thrilling Splatfest event will start on Friday, November 11, at 4 PM PT, and will end on Sunday, November 13, at the same hour. The date was set to hype up the close release of Pokémon Scarlet and Violet, which will come out on November 18, just five days after the event’s conclusion.