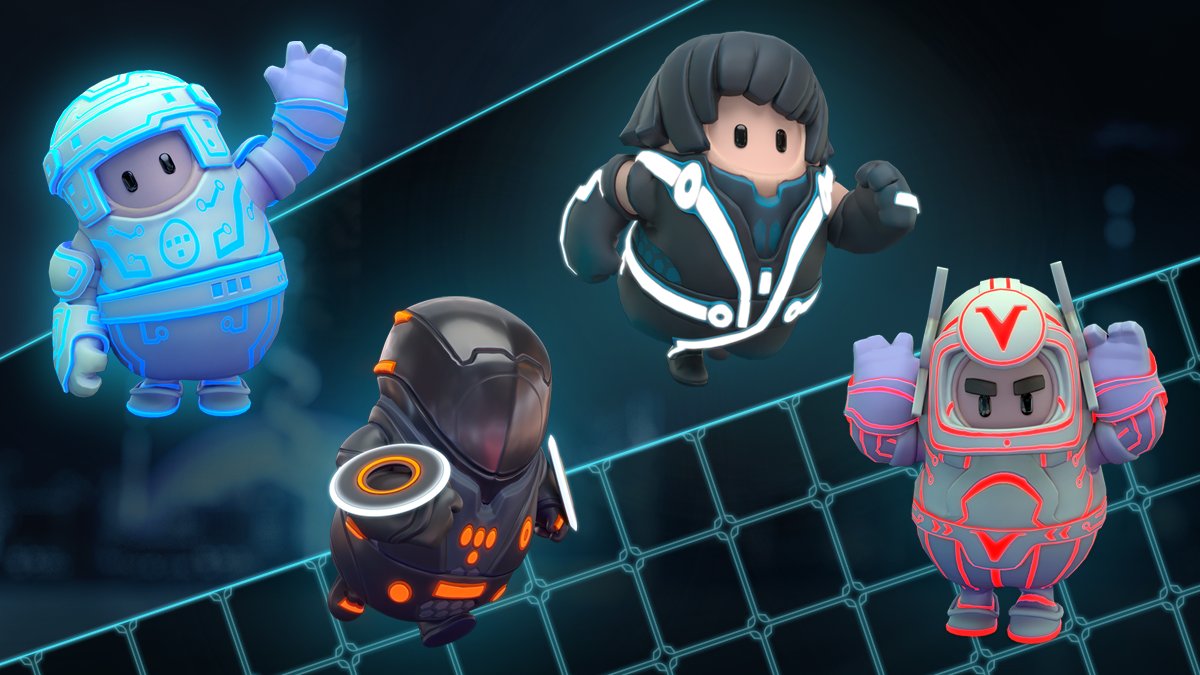 Fall Guys is no stranger to teaming up with other iconic franchises for some truly strange and funny cosmetics. The game has previously featured the likes of Sonic The Hedgehog, Doom, and even the king Kaiju himself, Godzilla. Continuing its crossover trend, Fall Guys developer Mediatonic has announced on Twitter that it is bringing Tron-themed skins into the game.

Starting on May 24, Fall Guys players will be able to pick up a Sark skin in the game’s store for 22,000 Kudos. For those who aren’t familiar, Sark is one of the primary antagonists in Tron, an evil program that does anything to please the MCP, or Master Control Program.

Three other skins — Tron, Rinzler, and Quorra — will also be added to Fall Guys. However, they won’t simply be available in the game’s store. Instead, this trio of digitized characters will only be available as a DLC pack. Mediatonic has not clarified how much this DLC pack will cost or why these three outfits are being sold as a pack. Regardless, players will also be able to pick up this pack on May 24.

Fall Guys is currently in the middle of Season Four, and as is now tradition, Mediatonic has given the game its mid-season update. With it, players now have access to new rounds, custom lobbies, and even crossplay between PC and PS4 players.