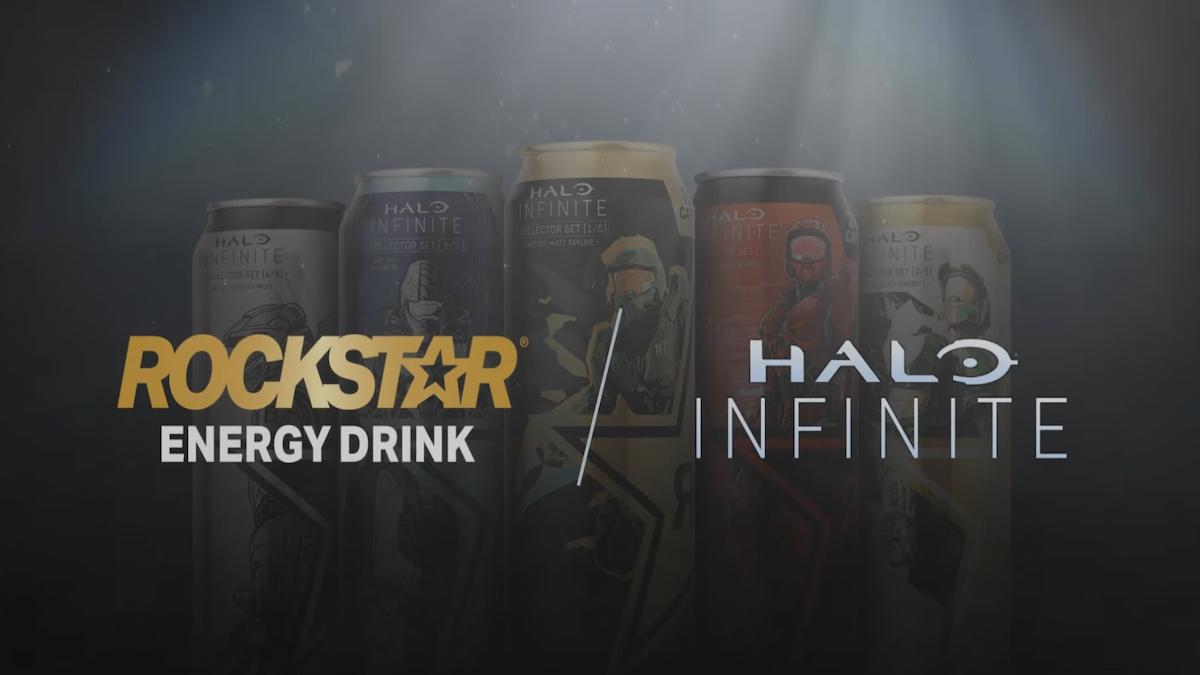 Xbox announced a collaboration between the upcoming Halo Infinite and Rockstar Energy Drink through a blog post this morning. The promotion, which began on October 1 and will conclude on December 31, will include special-edition Rockstar cans boasting original artwork of the series protagonist, Master Chief, various prizes, as well as extra in-game content.

According to Xbox, the cans will feature designs from five seasoned artists: Matt Taylor, Oliver Barrett, Dan Mumford, Yuko Shimizu, and Hydro47 AKA Joshua M. Smith. Smith previously worked with Xbox and Rockstar to design limited-edition cans for Gears of War 4. The available flavors will include original, sugar-free, fruit punch, silver ice, and blackberry goji — a flavor not previously available in the United States.

The blog post also shined a light on the promotion’s sweepstakes. Each purchased can will afford buyers a chance to win prizes ranging from copies of Halo Infinite to an Xbox Series X console bundle. The promotion’s grand prize will be a Halo-themed Jeep Gladiator that, according to Xbox, will include “Master Chief-colored protective coating” and “stylized body armor.”

Finally, like many other video games’ cross-brand collaborations, in-game bonuses, such as experience point multipliers and exclusive in-game cosmetics will also be available. The armor/vehicle coatings, emblem, and banner showcased by Xbox featured a distinct gold and black color scheme.

This isn’t the first time Xbox has collaborated with Rockstar Energy. Gears of War 4 and Gears 5 had similar campaigns that included custom cans, in-game rewards, and a Gears of War-themed Ford Raptor F-150.