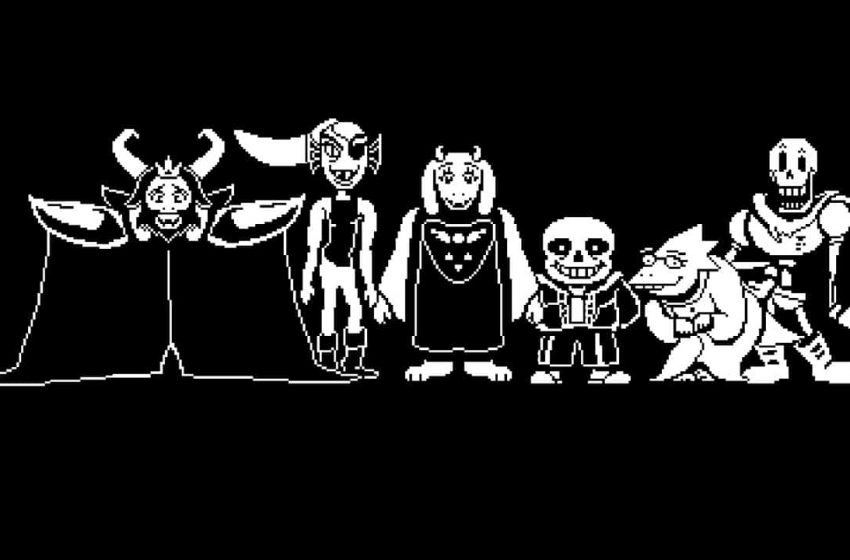 Games from independent developers are the lifeblood of the industry. Presenting innovation and passion that is unrivaled by most efforts of the AAA games sector, the level of quality from indie gaming is what makes video games such a fun pastime. Without indie games, there are many studios that wouldn’t be here today, making fantastic games from all areas of the game spectrum. Here, we celebrate just a handful of some of the greatest indie games in history. Here are the best indie games of all time.

Rogue-likes are one of the most common genres amongst indie games, and not without good reason. Story-based games require longer development times with bigger costs. In rogue-likes, especially those with procedurally generated levels, there is enough variation in level design to keep rounds consistently fresh and exciting. Derek Yu’s Spelunky is not only one of the first examples of a modern roguelike, its Indiana Jones theme fits it perfectly. The 2012 remake was also a stunning recreation, and still well worth playing today.

There are ways to make Biblical stories intriguing, and The Binding of Isaac takes an exciting turn with the inspiration of the story that is similarly titled. This game was created by Super Meat Boy’s Edmund McMillen, who uses the game to represent his feelings on the positive and negative aspects of religion due to growing up with Catholic and Christian family members. With classic Zelda style gameplay, The Binding of Isaac offers an engaging story while encouraging multiple playthroughs.

Even though it is a concise game, Untitled Goose Game manages to win the hearts of gamers with its simple concept of being a naughty goose. Its usage of the stealth genre surprisingly makes the game more than just a goose stealing people’s belongings. The lack of violence makes the game comedic and all in good fun. The game’s inspirations ranged from Super Mario 64 and the Hitman series and created a strange, but a timeless title. It’s hard to say if there will be another Untitled Goose Game, but we’d love to encounter that smart bird again.

If there was an award for the greatest narrator ever in a piece of media, actor Logan Cunningham’s portrayal in Bastion would be a frontrunner for it. A game that meshes action adventure with deep storytelling excellently, Bastion follows “the kid” as he deals with the aftermath of the Calamity, an event that causes the game’s world of Caelondia to spiral into fractured chaos. The game still holds up well today and is the best game in developer Supergiant Games’ excellent back catalog of titles.

Stardew Valley took Eric Barone four years to complete, but his attention to detail and what the game had to offer paid off. The game is entirely versatile for anyone, as they can choose what activities they want to do, who to romance, and how they create their farm. The amount of freedom the game offers is incredible and takes a lot of inspiration from the Harvest Moon series. For farming simulations, Stardew Valley is captivating, colorful, and brings a lot to the table for an indie game.

Thanks to a successful Kickstarter campaign, Shovel Knight became one of the best indie games to date. As an inspiration from NES games, this 2D side-scrolling game offers unique gameplay mechanics. Version exclusives also feature small differences that make each version of Shovel Knight enjoyable. The level designs are something on a whole other level, and developer Yacht Club Games made sure that the game would be its entity while being a love letter to classic 2D side-scrolling games.

One of the founding games of the indie gaming boom, Jonathan Blow’s Braid is an adventure that seems simple on the surface. A platformer with the ability to manipulate time sounds like a novel but not uncommon gaming idea. What sets Braid apart is that it does a fantastic job of subverting expectations when it comes to both the game and its story. Without spoiling anything, Braid’s climax is wonderfully written and should demonstrate exactly why Braid deserves a spot on this list, but the platform puzzle gameplay itself is great too.

If there is a way to create a compelling story through gameplay, Celeste is the best fit for that description. It is another platformer, but there are limits the player has when controlling Madeline. While she has new abilities, such as being able to perform a mid-air dash, it can only be done once per jump. The gameplay might be straightforward, but it is the story that sells Celeste as a beloved indie title. The main character deals with anxiety and depression, which are strong and relatable subjects that make us want to help her reach the top of Mount Celeste.

When it comes to games with story-driven campaigns, FMVs, or games that are shot with real-life footage, are wildly uncommon. It requires lots of time time, an immense amount of skill to collaborate all of the footage, and access to an actor who can produce a performance convincing enough to engage a gamer audience. But that’s exactly what British developer Sam Barlow did with Her Story, piecing together the story from VHS style police interviews of a man currently missing, and it’s up to you to find the truth. As far as “interactive films” go, Her Story is up there with the best.

Cuphead has been talked about to no end once it arrived in 2017, but its impact as a crafted yet frustrating game deserves its recognition. As a shoot ‘em up game, it is one of the most beautiful looking titles thanks to the hand-drawn animation inspired by 1930s cartoons. Even though it can be an unforgiving game, there is always a chance to get the highest rank with tons of retries. Along with unlimited lives, Cuphead is challenging but fair. The game’s legacy eventually resulted in the creation of a Netflix series, so it will be exciting to see how the game will expand in other forms of media.

Playdead Games have only made two game games since they formed in 2006. Their first, Limbo, was a gloomy platformer that saw you try to escape the darkness. And giant spiders. Its spiritual sequel Inside improved on it in every way. The story is set in a dystopian future where everyone, except a select privileged few, is a mindless walking corpse performing the tasks of their masters without conscience. You still possess free-will, and it’s up to you to escape the clutches of the police state and find the truth about what is happening. The brooding atmosphere and sound design are what makes Inside so special. The journey is wild even without any dialogue, but the conclusion is unexpected and hugely satisfying. No one makes games like Playdead does, and experiencing Inside is a must.

For one man like Toby Fox to create a game by himself aside from the art, he certainly left a massive legacy with Undertale. Considered by many as a spiritual successor to Earthbound, Undertale acts as an RPG with inspirations from bullet hell titles like Touhou Project while bringing iconic characters such as Sans and Flowey into a story that is dark, but incredibly relatable. There’s a lot of replayability for the paths you want to go in, but what the game manages to do is that no matter what you do after your first playthrough, some of the characters will recall events that you might not have done. Its impact on the video game community is so significant that the music would be featured in rhythm games, and Sans would appear as a DLC Mii costume in Super Smash Bros. Ultimate.

Did you know that Kerbal Space Program (or KSP for short) wasn’t actually made by a game development studio? Squad, the team behind the game, is primarily a multimedia marketing company based in Mexico City. This makes the fact that KSP is a fantastic game all the more incredible. Build a spacecraft from scratch and watch as it attempts to take your green men known as Kerbals into space. Scratching the same building and creation itch that Minecraft and even SimCity provide, Kerbal Space Program is a think man’s game and a splendid one at that.

Platformers have been an influential genre in gaming, thanks to the legendary NES title Super Mario Bros., Super Meat Boy is something like that, but with a difficulty level that will make players rage, but want to continue to game regardless. It started as an Adobe Flash game, which would later become a sensation on Newgrounds. Then the game would become big once Super Meat Boy made its way to consoles and PC. Its impact as a fan project-turned indie title is why Super Meat Boy will remain as an unforgettable game.

The best alternative to soccer that video games have, Rocket League sees teams of rocket-fuelled cars attempt to score in the opponent’s goal. Sounds easy, right? What makes Rocket League’s appeal so grand is that it’s not as simple as get the ball on the ground and aim towards the goal. There’s a heavy emphasis on verticality, with boosting used to get touches while airborne. Because of this, the game can be played casually just fine but has a huge skill ceiling, meaning the best players can put on a spectacle of hugely enjoyable soccer action. Because of this, Rocket League ranks as possibly the best indie “sports” title ever.

Minecraft takes a simple concept of creating materials and exploring different areas. It manages to become one of the greatest games of all time despite its status as an indie title. Millions of players still log into Minecraft to its day, and it’s all thanks to the endless replayability the game offers. There are many modes players can do, whether alone or co-op. The game has even spawned multiple spinoffs and media adaptations, landing its mark as one of the most influential video games of all time.