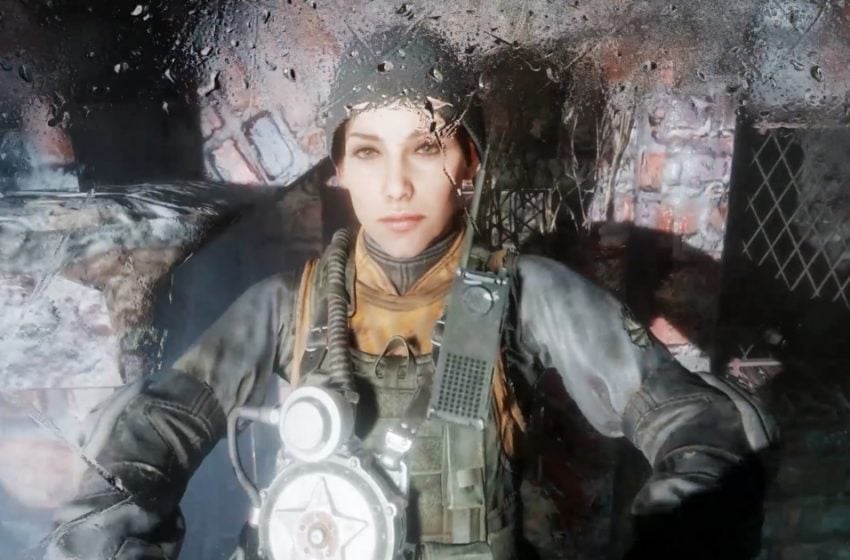 Metro Exodus is the latest game in the Metro series by 4A Games, based on the books by Dmitry Glukhovsky. It continues the series traditions of being a first-person shooter, liberally sprinkled with survival horror and stealth elements. You once again take on the role of Artyom, the young, sometimes brash, the protagonist of the previous games. Fans of the Metro series will know what to expect from this title, but will also have some pleasant surprises in store.

For most of us series fans, one of the biggest attractions to the Metro series is the narrative. There is a subtle uniqueness to the type of post-apocalyptic stories that stem from people who came of age at the end of the Cold War. Even as they explore the possibility of the world ending, often they cannot help but hold to hope, that even if the worst were to happen that people would somehow find a way to survive. While they spent their formative years living under a cloud of potential nuclear war, they also saw those days end, witnessed the proof that people can set aside their differences.

In Metro Exodus, Artyom is tired of just surviving, and he longs for more. He is convinced that there is something out there, something better. Somewhere beyond the Metro that he and his wife Anna, their friends and family, can all go to and live better lives. They can walk under the sun, and breath fresh air. It rapidly becomes apparent that Artyom was right to hold to hope. The world is not what people think it is, but this does not mean that things are better. Much like the Metro itself, the world is filled with horrors, with beasts and monsters, and men who are painfully familiar in their greed and cruelty. If Atryom and the rest of the Spartans want a bright future, they will need to use every skill they have learned from their dark pasts. They will need to fight, and kill, and suffer, often in the face of extreme evil.

Artyom, even when faced with the painful possibility of his dream never coming true, never loses hope though. As you travel across a country once thought to be lost entirely to nuclear fallout, you will meet new people. Some of them are good, just trying to survive a world gone mad, while the majority will pose a threat to everything Artyom holds dear. Religious fanatics, the remnants of a collapsed government, and brutal bandits will all provide as much risk and danger as the ever-present threat of mutants. You will also meet people that you can help, some in significant ways, others with small kindnesses. A photograph of a loved one, a guitar, a teddy bear, all represents Artyom’s desire to forge a world where kindness can matter, where he can offer more than just violence.

For the most part, the story is engaging and entertaining. While it does involve a lot of the traditional tropes of the genre, I have no issue with this. Metro Exodus looks at the world through an exciting lens, one that aims to make the player consider their place in this fictional world. The majority of the main characters all have their desires and goals, their reasons for wanting more than just the cramped tunnels of the Metro. Each one must face up to an uncomfortable truth, and each one must find the ability to sacrifice more to protect the people around them.

In between gameplay areas you will spend time on a train that the Spartans liberated from their enemies, and you will be able to interact and talk to other characters. This is worth doing, and often it is worth it to sit and listen to other characters speak. I found the train to be a welcome respite from the harsh world I was trying to guide Artyom through, a pleasant place that was safe from having to become a monster myself to survive. I don’t want to run into spoiler territory, but I did enjoy many of the twists and turns that were contained within the narrative, and enjoyed seeing the characters grow, react and evolve to the uncertain world they found themselves in. I especially enjoyed the relationship between Artyom and his wife, Anna. It is good to see a relationship in a game where both people are strong and capable, complimenting each other rather than just sharing their dependency.

The game itself is split out across multiple areas that you must navigate and explore. From the damp, watery danger of the Volga River, to a nuclear blasted Caspian Sea, each area represents a new threat. The game unfolds over a full year, so you will experience the different seasons, weather effects, environments, and even a day-night cycle that will impact how enemies behave, and the type of threats you will face.

As always, the game shines on higher difficulty levels, and I was happy to see that you can alter the difficulty during your playthrough. If you decide you want to increase the challenge, you can do so. The game does also include a mode that will make all threats pretty minimal, allowing everyone to enjoy the story if that is what they wish.

I enjoyed an almost spirit-crushing level of difficulty. This turned every engagement into a chess match, where nothing could be taken for granted. I had to be careful and considered, and couldn’t just rush in and survive mistakes. I found the distribution of mutants and monsters to be almost perfect. Enough to make you nervous when sneaking about, but not so many you felt like you were unfairly punished every time you made the smallest mistake. You can use rest points to sleep and wait for either day time or nightfall, depending on what you want to do.

As always, you need to make sure your equipment is up to standard. Your gas mask and filters must be maintained, guns need to be cleaned to avoid jamming, and ammunition needs to be made. You can collect materials out in the world and use them to make what you need. Weapons can be built and expanded upon at the Workbench, from items you find while playing. Exploring is an essential balance of opportunity and risk. You will need to find equipment and materials, but the mission going wrong might just cost you more than you find. Will you take the risk of exploring a new area, or stick strictly to the mission to try and get the bare essentials covered? Choices become more meaningful at the higher difficulty levels, so if you enjoy a good challenge, I can recommend the game on that front. I enjoyed having to play slowly and carefully, every sound a clue about a potential fight. Silently taking out guards with a knife or my fists, rapidly looting their bodies and stripping their weapon of parts, it all felt great.

Exploration is also rewarding by finding potentially critical new pieces of equipment, from night vision goggles to new armor that will allow you to carry more ammo. When things get bad, you can use the Workbench to break down equipment and ammo and build the stuff you need. This can be done with guns as well. Once you have the parts, you can build the guns that suit you, and you will always have your handy pneumatic rifle in a jam. While the shooting itself could be a little tighter, the core gameplay of Metro Exodus is tense and engaging, and series veterans will find a lot to enjoy here.

This, unfortunately, is where we start to run into issues. I was playing the game with review code, and as yet have no idea what the deal might be with game-specific drivers, or a day one patch, but I had considerable stuttering issues at times. It didn’t seem to matter what settings I ran the game on, if too much was happening then the game was going to stutter. This became apparent, and annoying when the game would ambush me with some enemies. I will confess to some moments of frustration at the stutter when this would happen, and it would persist, on and off, throughout my playthrough. My system is not exactly a slouch either, able to run modern games very smoothly. Because I was unable to find the exact source of the issues, I cannot say how this will or won’t impact you.

There were also some bugs, from audio and visual to one huge problem. At one point I was trying to sneak through an enemy stronghold which involves using an elevator to changes levels. After doing so, I ended up making a mistake and dying. The automatic save point loaded me back into the elevator, which is fine, but the elevator was between floors, not moving, and I have no way to get out of it. I was lucky because I had quicksaved the game before entering the stronghold, but it was annoying to lose that time and have to repeat myself. There were also moments where enemies would walk off a roof and continue to float in the air. While a bug, it wasn’t game breaking by any means, and only happened rarely. At times there were some mild texture pop-in issues, and the occasional audio bug, that not anything that persisted for very long.

Overall, despite the presence of some minor glitches and bugs, things ran pretty well for me, but the stuttering and hitching issue was present enough for me to knock a point off the review score. I am completely open to revisiting the game with new drivers, or a new patch though. I have enjoyed the game enough to want to be able to give it that point back. The core gameplay challenged me and kept me engaged, the character development and narrative was fun, and at times, surprising. Moving on from the Metro itself was an excellent progression for the game, the exciting blend of open areas and linear levels that you play through bringing substantial variety throughout the game. The game still managed to provide the tight, claustrophobic and scary moments that it is known for, where every sound would cause me to scan about for mutants and monsters frantically. It also matters how you play, those small kindnesses we spoke of earlier, or acts of cruelty while out in the world, they all impact how the game will wrap up for you.

All in all, Metro Exodus manages to provide a fun gaming experience with a weighty narrative, that has a very human heart. Fans of the genre, or the series, shouldn’t be disappointed with this one.