There comes a moment with all games where you find out if you will love them or hate them, and for me, that moment came when a Barroth kicked my teeth in. My Monster Hunting career had been going swimmingly until that point, but Barrot, effectively a dinosaur built out of mud and rocks, sent me carting back to camp to rethink my choices. The various mutant chickens, giant lizards, and rollie-polar bear-type monsters I had fought up until that point had given me no issues, but Barrot was giving me fits.

I jumped into a multiplayer game and went on a group hunt, paying close attention to the beast’s attack patterns, doing damage when it made sense, and generating space when the more experienced hunters backed off. I went back into my single-player game and jumped into another fight against the monster, and this time I danced around him, cutting him down to size while taking barely any damage. As I set out to farm him enough to make a full suit of armor out of his head, I realized I had fallen in love with Monster Hunter Rise.

The game is split between single-player and multiplayer missions involving gathering resources, exploring areas, and the titular monster hunting. To progress the campaign, you play Village quests, with significant story beats that give you a reason to hunt more monsters in between. You will interact with NPCs, learn about them in reasonably shallow ways, and carry out jobs for them, but the overarching idea is that a giant monster will probably crush a village. You don’t want that to happen because the village is where you keep your stuff, so you set out on a mission to stop it.

Doing so means becoming more powerful, more experienced, and developing a collection of weapons that would almost certainly get you put on a watch list. It all plays second fiddle to the real reason why people actually play Monster Hunter: the monsters, the giant weapons, and the adorable creatures that help you out.

In Monster Hunter Rise, you have two buddies, a Palico cat and a Palamute dog. The Palico will gather resources, heal you, and even throw bombs at monsters, while the Palamute acts as a mount. Both of them will fight alongside you in battle, except in multiplayer, where you are limited to just a single buddy.

The story in Monster Hunter Rise consistently gives way for the action, which is fine. Capcom understands why Monster Hunter is considered such a cool series and what people like about it. As such, they do their best not to get in the way. You want to farm monsters, build awesome-looking armor sets, and become the greatest monster hunter that you can be.

One of Rise’s significant additions is Rampages, active tower defense missions where you take on a horde of creatures that are swarming the town’s defenses. These are fun and frantic, requiring foresight and determination to get through, and have been a standout part of the game.

Combat in Monster Hunter is quite unique. This is not just about button-bashing and hoping for the best. Massive swords made of bone and enormous hammers made of ice swing through the air with all the urgency of a glacier. You really do need to know when to swing and when to roll. Enemy animations need to be carefully studied and clever combos taken advantage of during comparatively narrow windows of opportunity. Mainly, respect needs to be shown to the giant monster, who will happily smack you down and leave you in the dirt.

The variety of weapons may feel a little paralyzing for newer players, and it can get even worse when dozens of upgrade trees become available for each one, but the important thing is to stick with something and learn. In this sense, Rise is a very traditional Monster Hunter game.

The real fun is in multiplayer battles when everything gets frantic, and four people are hacking away at a creature. You need to learn to work together, as it is pretty easy to mess up the fight for everyone else by taking too much damage, fainting too many times, and then failing the quest. If you see someone falling back to heal, you need to try and get the monster’s attention so it doesn’t follow them. It’s a tremendous amount of fun, and over time it becomes quite natural to read the flow of a fight.

Monster Hunter Rise contains quite a few elements that may surprise people but which are clearly inspired by the fact that Monster Hunter Rise is currently only available on a device where portability is a major draw. Most of these center around respecting the player’s time. Finding monsters is actually quite simple, and an intuitive comms system allows you to let other players know when you have tracked them down.

Monsters still move around the map as you fight, but their routes are now marked, so you know where they are going and can head them off at the pass. Mining is pretty much instant, and mineral outcrops give up all their goodies with a single swing of your pickaxe. Best of all, the Palamute and the new Wirebug system make traversing areas much faster.

The Palamute is an excellent mount, doing all the running while you heal up and sharpen your weapon between fights. The Wirebug allows for some Spider-man-like moves, climbing cliffs, or launching yourself across the map with ease. They can also be used in combat, adding an extra dimension to the game’s already deep and enjoyable fighting.

Even the areas you move through are now more helpful, offering up resources that can be instantly crafted into useful items. With less prep required before each quest, it is just that much easier to jump into one. Monster Hunter Rise feels like it was designed to be played by people on a lunch break or a commute but is just as capable of sucking you in for hours at home.

Monster Hunter Rise is an impressive game on many levels. Worries about how it would run on the Switch have turned out to be baseless. While the environments take something of a visual hit compared to Monster Hunter World, the monsters are as incredible as ever. I’ve yet to experience frame issues during combat, although people who demand the highest visual fidelity will want to wait for the PC release. However, it does load incredibly fast, and that loading speed is easily one of the standout technical achievements of the game.

The addition of Wirebugs feels inspired, as they change combat, how players move around the map, and even lean into the all-important cool factor, allowing players to ride around on massive monsters and use them to fight other monsters. The exciting thing about Wirebugs, and Palamutes, is that the series can never afford to step back from them, they are such positive additions.

Monster Hunter Rise is an excellent title, and with future updates on the way to put even more meat on its bones, it will end up being a hearty meal for veteran players. It is also an excellent first Monster Hunter experience for anyone new to the series, being a little more forgiving and understanding than the series has been in the past.

It is not often that an established franchise can iterate so positively twice in a row, but Monster Hunter Rise builds upon the changes made in World in an impressive fashion, and the most exciting thing is how easy it is to believe that the best of Monster Hunter is yet to come. 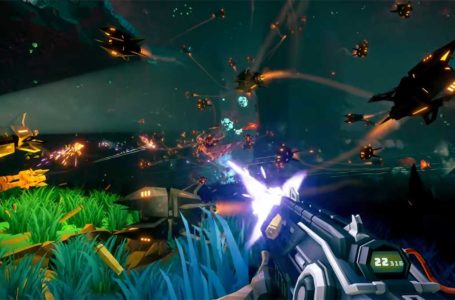 What is the Prospector Drone in Deep Rock Galactic? 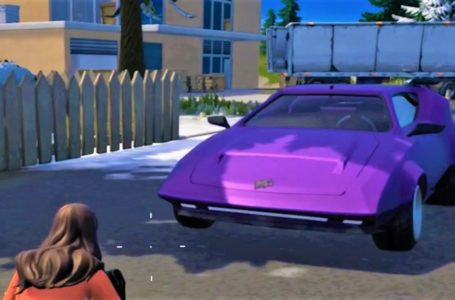 How many vehicles have been in Fortnite? 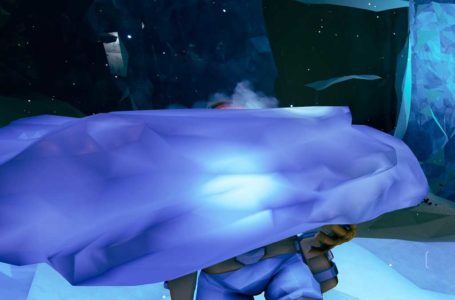 How to find Aquarqs in Deep Rock Galactic