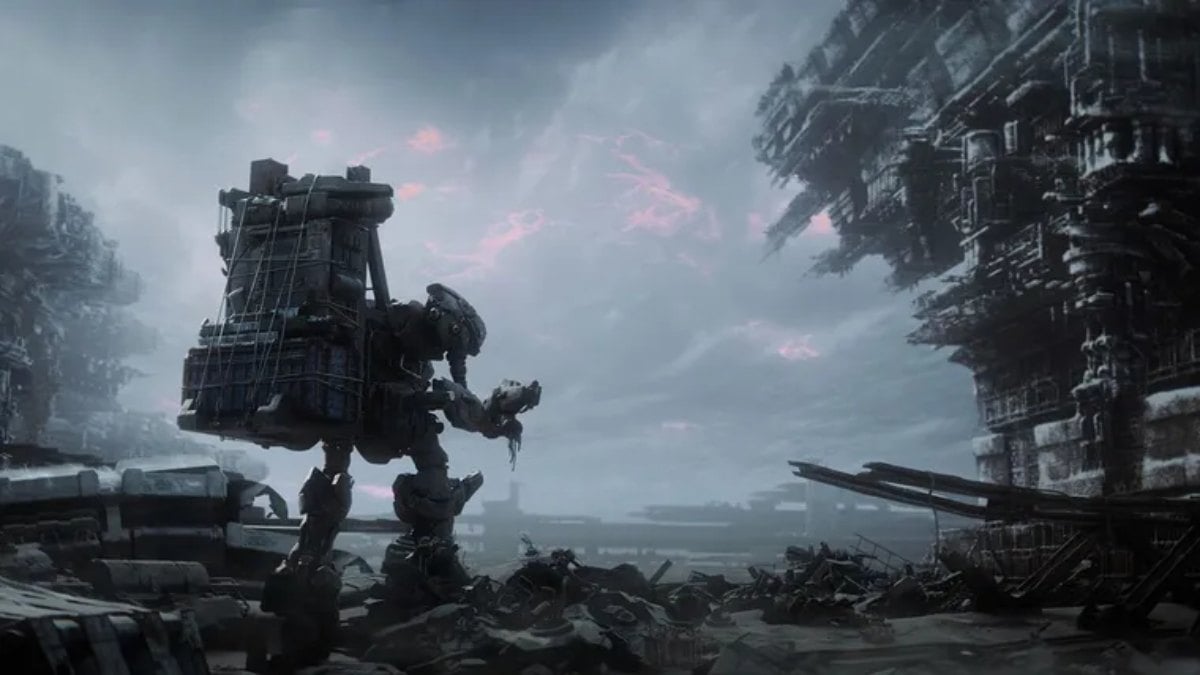 By the time Armored Core VI: Fires of Rubicon was announced at The Game Awards 2022, a little over nine years had passed since the last entry, Armored Core V: Verdict Day, came out. It had also been almost fifteen years since Hidetaka Miyazaki directed Armored Core IV and its sequel, For Answer. Miyazaki would, of course, go on to create the Dark Souls franchise and begin what was basically a new “Souls-like” genre.

The development team at FromSoftware has had all that time since then to grow and experiment, so expectations for Fires of Rubicon are insanely high, all the more so because millions of players loved Elden Ring and want to see what else FromSoftware can cook up now. Two core aspects can ensure Armored Core VI blows the series’ now huge audience away: its unique style and how every piece of the game can now have real substance.

Time in the saddle

Style shouldn’t be much of an issue for Armored Core. Miyazaki himself was the initial director, and Sekiro: Shadows Die Twice lead gameplay designer Masaru Yamamura has been in the big chair since Miyazaki likely moved to finish Elden Ring. Of all of the Soulsborne games to come out of FromSoftware, none have been as slick and smooth as Sekiro. It, like Armored Core IV and For Answer, was all about speed and improvisation. In Sekiro, it’s easy to lose control of a boss fight, but conquering them can be one of the most satisfying battles in gaming. In Armored IV and For Answer, mastering the missions was like controlling a Gundam anime fight.

The speed and scale of the later game’s missions were two of their strongest points, but both IV and For Answer provided a sense of weight. In Armored Core 2 and 3, you piloted a hulking mass of steel, but one that felt far more rewarding to control well because of its heft. The later games were too jerky and manic — not a bad thing, per se, but they lacked the smoothness and satisfaction of pulling off a daring maneuver with several hundred tons of metal, barely held back. Hopefully, Fires of Rubicon can find a healthy middle ground where your giant robot feels good to pilot but also gives you the sensation of controlling, you know, a giant robot.

If they can bridge that gap, there’s a very well-designed blueprint for adding substance to Armored Core VI. Games back to Armored Core 2 and earlier gave players immense customization options, both mechanical and aesthetic. There are hundreds of mech parts to comb through, thousands of numbers, stats, buffs, debuffs, and more to consider. One’s Armored Core said something about who they were as a person. Did they favor efficiency and effectiveness, or was their giant robot a testament to their attention to detail? And when those mechs went into battle, did they blitz through enemies in a hail of bullets, or did those same enemies fall with a few slashes of an energy blade?

Related: FromSoftware is “making a conscious effort” to not have Armored Core 6 be like Dark Souls

For all the advancements in gameplay systems and mechanics, Armored Core VI’s greatest challenge is likely to be its story. The series was never known for providing world-class narratives. The premise of almost every entry is simple: you are a mercenary working for corporations that all have their eyes on total domination of wherever humanity lives, either Mars or Earth. You pilot the titular Armored Core giant mechs and work for those morally grey or clearly evil corporations until something gives. At that point, odds are you put them all out of business by blowing up their most precious resources.

The narrative was a framework to place you in another vast arena where you could put your mech to the test. However, the FromSoftware of today is a very different beast from the developer that made those earlier titles.

FromSoftware has learned the power of a solid central story thread, like Wolf’s narrative in Sekiro or the smaller but no less personal stories of major Elden Ring NPCs. The studio’s teams now understand how characters can enhance gameplay rather than be supplemental to it, like the Malenia fight showcasing how one woman will stop at nothing, not even the sacrifice of her humanity, to end a threat to her family. Most importantly, From has been able to weave these narrative elements into some of the most rewarding gameplay in the industry, inadvertently creating an entire sub-genre in the process.

Those lessons need to be on full display in Fires of Rubicon, and it also needs to pull from the narrative-gameplay integration lessons learned by making the Souls games. Sure, a return to evil corporations running themselves into the ground on their own greed would be great, but FromSoftware can go deeper than that now. Between the aesthetics of the enemy ACs to the characters piloting them to the arenas in which they’re fought, every encounter can be unique, even if it isn’t memorable. And not every mission needs to carry the weight of the world on its shoulders, but imagine a world where you fight a giant mech that has the same impact on you as fighting and overcoming Margit the Fell Omen.