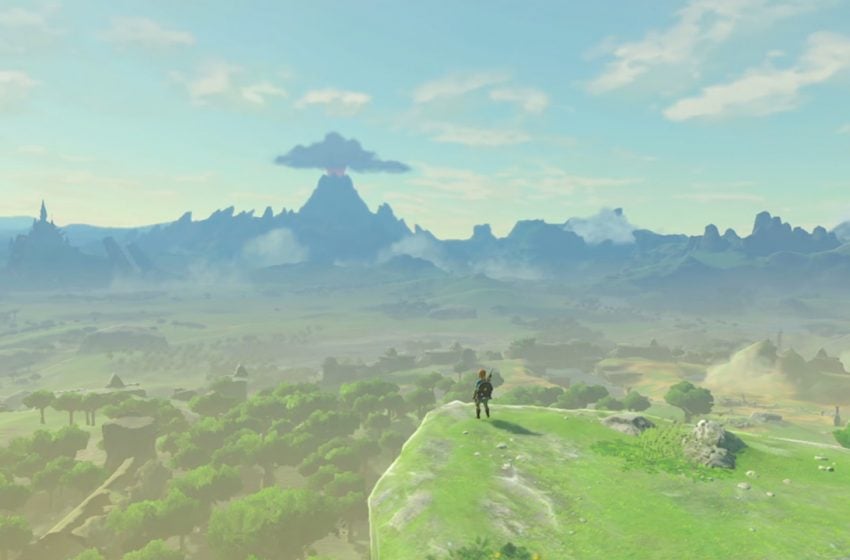 Video games get their charm from their escapism. They provide a new world to explore new things to discover and new places to see. While the content and progression are essential in any game, without an immersive and enjoyable world, the game fails. Size may not be everything, but exploring a larger map is more satisfactory than exploring a smaller one. Content matters. If there’s nothing to do, the game fails.

The criteria for the list is relatively simple: size and release date. If it were just about size, Elder Scrolls II: Daggerfall with its massive map that reaches over 161,000 km2, or 62,000 mi2 would easily make the list. But let’s be honest, not many in 2020 are interested in a 1996 game, even if it boasts an impressive map. Games had to be released in 2015 or later to make the list. We bent the rule for one game, due to its consistent and fresh updates that continuously renew the game and add features.

GTA 5, despite its 2013 release date, remains a point of comparison for most video game maps. It sets a decent baseline with a near 127 km2 or 50 mi2 open-world map. While it didn’t make the list because of its age, it does establish a baseline that most players use to measure other maps.

All of the maps featured were either published in the last five years or keep updating the game’s content to keep it fresh.

A 2017 breathtaking installment in the Legend of Zelda franchise, Breath of the Wild has a fully explorable 61.2km2 world (23.7mi2). The beauty of the game is not only visual but the playability of it. Every piece of it is accessible. Other games with similar-sized maps don’t always have the same level of content in the same space. There are inaccessible points, map borders, or pieces that only exist visually. Breath of the Wild succeeds in both the size and the content. There is always something to do, something to gather, or an enemy to fight (or run from) at every point on the map.

Released in 2018, Rockstar’s Red Dead Redemption 2 throws players into the dangerous world of 1899 America. Cities are sparsely populated as settlements expand and grow. There is a lot of travel in both Red Dead Online and the single-player story mode, forcing players to see every piece of the detailed 75km2 (29mi2) map. It’s not the biggest map on the list, but according to a very dedicated Reddit user, it’s nearly two and a half times the size of the first Red Dead Redemption’s map. The single-player story mode suffers from only one failing: portions of the map are only accessible after certain points in the story, which limits exploration.

Thanks in part to Netflix, The Witcher is everywhere right now. The Witcher 3 boasts a map comparable to GTA 5 at 136km2, and the world is open for exploration, for the most part. Players will need to endure loading screens as they transition to different areas, but it doesn’t make the world feel too limited as a result.

The largest map in the Assassin’s Creed saga, Odyssey manages to reach a whopping 256km2. The world is rich and detailed, but while it may be large, it suffers from two issues: huge portions are locked behind progression based walls; and massive amounts of water. Players may find exploration limited when they have to contend with progression walls or large bodies of water. Unlike some characters Red Dead Redemption 2, Kassandra and Alexios can swim and dive, so the water is partially explorable.

Xenoblade Chronicles X released in 2015 for the Nintendo Wii U. The sci-fi game followed the last survivors left on Earth after a devastating intergalactic war. Set on a post-apocalyptic Earth, the game featured a variety of creatures, including dinosaurs. The map was enormous. If Breath of the Wild is big, Xenoblade’s map dwarfs it in comparison. At nearly five times the size, Xenoblade let players roam a 400km2 map filled with beautiful scenery and hostile creatures.

Tom Clancy’s Ghost Recon Wildlands’ major selling point was a huge map. At nearly 450km2, it’s one of the largest maps for any game with beautiful scenery to match. Travel was realistic and detailed with a long render distance. Seeing landmarks looming in the distance while approaching made the gameplay more immersive. The open-world map may have been big, but there wasn’t a lot to do in the game. While some players are satisfied exploring the world, others want some content to go with the open, empty world.

Just Cause 3 released in late 2015 and, like previous games in the series, emphasized its impressive map. The Steam page alone uses the “over 400 square miles of complete freedom” to describe the game. Just Cause 3 has little else going for it beyond the map, and that’s what fans of the series like. With total freedom to explore the Mediterranean setting, including the air and water, the game is one of the few open worlds that lets players roam.

Final Fantasy XV brought its oversized map to consoles in 2016. The game has well over 700 square miles of map space, but there’s a limit to what can be reached. Some areas are locked behind DLC, and others are just invisible walls. Final Fantasy XV is another game that suffers from a size versus content ratio: there are too much space and too little content for it. Compared to Breath of the Wild, a map that isn’t even a tenth of the size, the map feels empty. The emphasis is on the road trip with your friends, not the map itself.

Look, we know we said the list was post-2015, but Minecraft is the rare exception. With constant, quality updates that keep the game alive with active content, it manages to stay relevant. Thanks to the latest update that expanded the Nether, the game feels even bigger than it was. This update is largely what brought the game to this list. Original Minecraft is huge. And previous updates, while adding bees and other quality of life changes, didn’t add much in the way of map expansions. The Nether update brought the map to a new level. While the Nether is smaller than the main map, it’s still huge. Getting an exact measurement is difficult. Some Minecraft forum threads suggest it’s nearly eight times the size of Earth. Although they do debate that it could be up to 4000 times larger. With a huge open world where players can build the world to their liking, it’s easy to spend years in one Minecraft map.

This is where things get a little touchy. No Man’s Sky is procedurally generated and enormous. It’s not just a map; it’s almost unlimited space. While there’s no shortage of planets to discover, sometimes they feel repetitive. With procedurally generated maps, there’s a risk for duplicated creatures or content, and that’s how it feels. Some planets are barren with only some resources, and others flourish with life, others are caustic and will harm you if you enter the atmosphere. It’s a delight to explore, but it also becomes a bore when you enter a new galaxy and find the same base shapes for the animals reused for the fifth time.

As more game developers branch into open-world exploration, we are likely to see bigger and bigger maps over time. The size of the map alone can be impressive, but the size isn’t everything when there’s nothing to do within it. With one or two exceptions, namely, Minecraft, games suffer when the map gets too big. Open worlds are wonderful things to create and explore, but too big, and it’s just a barren wasteland.