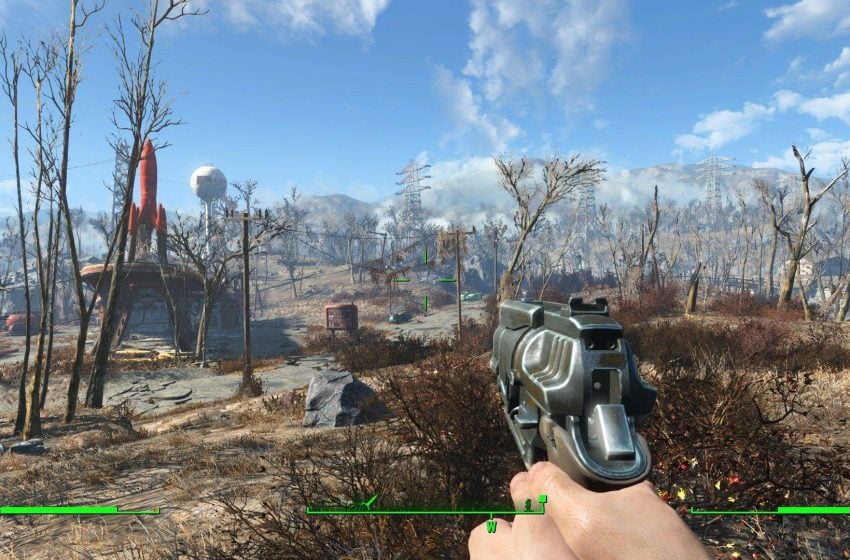 At some point last year, I returned to Fallout 4 for the second or third time. This was a PC run, probably my second after an initial playthrough on the PS4. This time was different, though. I decided that I wasn’t going to fast travel. Like, not at all.

Like most gamers, I’ve been historically absent minded in relation to fast travel mechanics in games. I would often travel from objective to objective, skipping all the details that make these environments come to life. I could jump from Diamond City to Sanctuary in a matter of seconds, never getting to experience what falls between those two points. In a game like Fallout 4, that’s a big loss. I’d argue that the best Fallout 4 has to offer is its attention to detail, and those details are found not when you’re completing a quest, but when you’re immersed in the world.

Take the Drumlin Diner for instance. It falls almost directly between Sanctuary, where I normally make my home, and Diamond City, where many of the game’s quests pass. If you make the walk, you’re likely to bump into the Drumlin Diner and find yourself in the middle of a dispute between Trudy and a chems dealer named Wolfgang. While the outcome doesn’t drastically alter the game, it does have an impact in a small way. Fallout 4 is full of small instances where your decisions matter, or where you can get lost in the finer details of the lore. By using fast travel mechanics, you either miss out on moments like this, or you experience them as part of your checklist of objectives. It feels manufactured, whereas being in the world and happening upon its secrets naturally feels more organic.

I carried this fast travel ban into my most recent run in The Witcher 3. So far, it’s been incredible. I’m in the middle of working my way through the Family Matters quest in Velen with the Bloody Baron, but I’ve noticed how this new approach has changed my style of play. Every time I pick up a new quest I head to the map to see where it will take me. If it’s too far out of the way, I store it for later. Better yet, I start to think about what else I must do along that path, planning several stops.

For instance, I know that I’m about to take a trip from Crow’s Perch to Oxenfurt as part of the main quest line. I’ve been needing to take care of a fist fight at the Inn at the Crossroads for a bit, so that will happen along the way. I also recall that there is a Gwent player to the far east, but he might be a tad out of the way while heading to Oxenfurt. Maybe on my way back I’ll go south, though, and hit the Soothsayer up on my way to the Nilfgaardian Army Group ‘Center’ Camp. That would work, because I need to do a main quest called The Ladies of the Wood in Crookback Bog, which would be directly in my path as I returned to Crow’s Perch from the Nilfgaardian camp.

That’s a lot of babbling nonsense right there, but none of it was planned. I worked that entire route out in my head as I wrote, getting progressively more excited as the logistics made sense. Now, I sit here and wish that I was in the game this second. I can’t wait to take this trip. To explore the space between my objectives. That is the benefit of the fast travel ban in a game like The Witcher 3; it opens you up to a part of the world that you would otherwise miss.