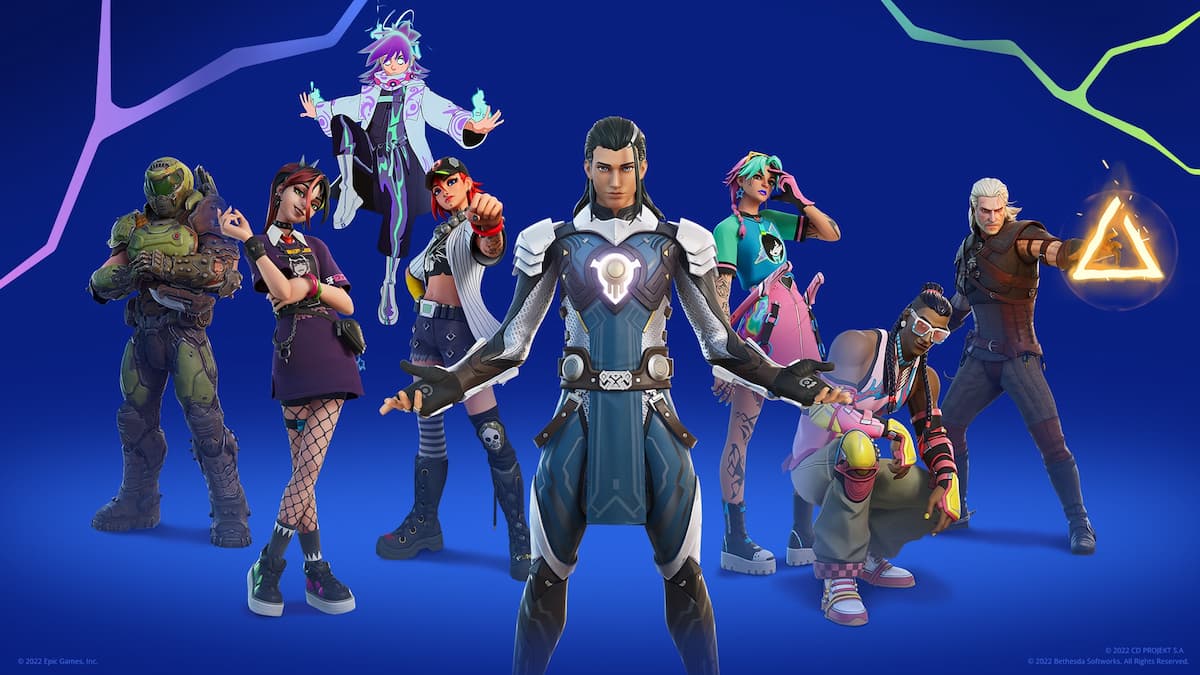 As Fortnite unveiled its Chapter 4, fans were excited about all the new content, including the new map. Still, nothing was as exciting as seeing Izuku Midoriya from the anime My Hero Academia in Chapter 4 reveal trailer. Here is our list of the 10 My Hero Academia characters we want to see in this new Fortnite crossover.

Which My Hero Academia characters should be in Fortnite Chapter 4?

For this list, we focused on characters with cool signature powers or fun and creative moments that can turn into things like emotes and sprays that can live inside Fortnite forever. The entire cast would be great, but we don’t have that time, so here are 10 of our favorites.

He is here! This one is a no-brainer; we want the Symbol of Peace in the game. There’s so much potential for emotes, and there’s even an easy opportunity to do a depowered skin if they wish to.

If you’re going to bring great heroes into the game, you also need their best villains. All for One holds a world-ending grudge against All Might, and we’re sure that if he gets into Fortnite, you can help him claim many victory royals.

Three words, folks: sleeping bag emote. That’s it; that’s the entire reason he’s on the list. What more could you want? Imagine all your favorite characters wrapped up in a sleeping bag; it’s such a good idea.

Bakugo is a perfect match for Fortnite because of one reason: he blows stuff up real good! The chapter 4 reveal trailer hinted at the ability to use specific powers from the anime, and being able to use the grenade-like blasts from Bakugo would be fun.

Related: All Achievements and Legacies in Fortnite Chapter 4 Season 1

It only makes sense to put the number-two hero in the game. Being the father of Todoroki brings lots of opportunities for duo emotes. He may be too stoic for some fans’ tastes, but there’s no denying he’d be a powerful addition to the roster.

With Chapter 4’s new vaulting, Tenya ida would be a good choice, given his quick movement abilities. He would be a fantastic leader in your squad. His tall, lanky look helps him stand out, and he would be eye-catching skin.

Hero killer Stain is a brutal killer who comes with his own sword, which makes him a shoo-in for Fortnite, given how much they love to use swords as pickaxes. A gun wouldn’t be too far away, and he would fit in nicely.

Fire and ice generally don’t mix well together, but of course, the son of the number two hero is built differently. There’s the possibility here for a fire-focused, or an ice-focused emote or skin style.

Known mostly as Froppy or sometimes Tsu to her classmates, Tsuyu’s frog-like abilities make her a prime target for emotes and other frog-related cosmetics that feel like an easy sell in the Fortnite universe.

Uraraka is the main love interest of My Hero and a landmark character in her own right. Her ability to float makes the possibility of her powers coming into Fortnite very interesting, and she’s probably the best choice if this first batch of characters includes a woman.