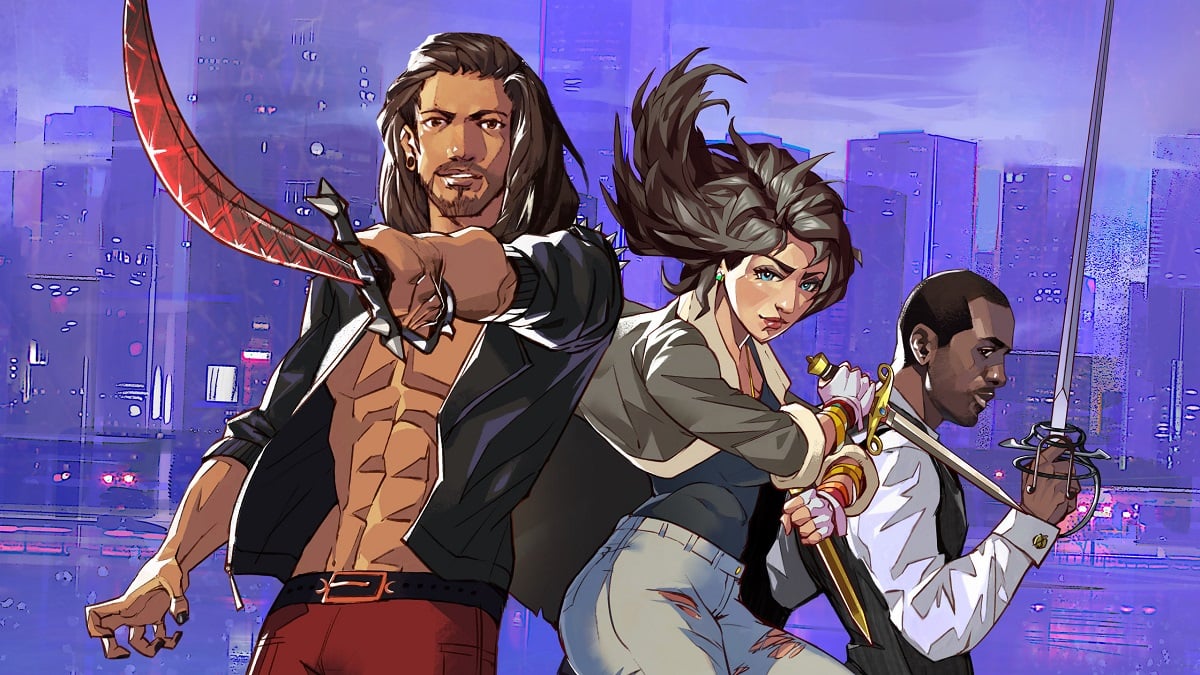 Boyfriend Dungeon throws you into the deep end of the pool, socially speaking. As a new resident in Verona Beach, you’re looking for companionship, while trying to earn an honest buck fighting monsters. There are seven romanceable people — all who can transform into your weapons — along with some extra supporting characters with importance to the plot.

All of these characters are usable as weapons in the base game of Boyfriend Dungeon; you’ll meet them through the storyline, go on dates with them, and level up their Love Rank to unlock new abilities.

Related: Where to find all weapons in Boyfriend Dungeon

Suave, charming, and an excellent fencer, Isaac is old-school cool. As you could expect, his combat style is very much based on fencing, and prepare to pull off some thrusting attacks against monsters in the dunj. Additionally, you can counter-attack enemies if your timing and positioning are right.

Careful with this one — Sunder may know how to party, but he seems a bit of a mess. This club owner is proud of his body and loves to flirt, but that doesn’t fit in with everyone’s personality. His attacks have a bleeding effect, letting you whittle away at monsters’ health when you hit them with a finisher.

Valeria has some trust issues, but who could blame her? Valeria is sweet and easy to get along with, but she has some baggage — not to mention a creepy ex who always seems to be on her tail. Get ready for some close combat stabbing, and roll around while wielding her to confuse enemies.

This goth enby is always accompanied by their bird — they’re a quirky, gothic alternative individual, which you’re either into or totally not. As a scythe, they can give you some unique gravity-based attacks that pull enemies towards an area.

It’s understandable that a k-pop star would feel cursed by fame, and Seven tries to keep a low profile overall. It’s not a traditional dynamic by nature of Seven being a celebrity, but it’s a fun one to navigate. Seven’s abilities involve lightning and electric attacks.

Awkward, non-binary, and quite cute, college student Sawyer doesn’t have the best common sense, but they’re still particularly useful in combat. Sawyer is a great damage dealer that also immobilizes and stuns enemies with throwing attacks, making them a great long-range option.

Yes, Pocket is a cat, but animals still make excellent companions to bond with. Expect to deal quick hits against enemies with these brass knuckles, and clean up with your AOE attacks.

Related: Who are the voice actors in Boyfriend Dungeon?

Your kind-hearted cousin is helping you to get situated in Verona Beach, giving you a room to stay in and even setting you up on dates. In the meantime, you’ll be learning about Jesse’s own personal life and his romantic history as well.

Manipulative and with stalker characteristics, Eric is not someone you’d like to know in real life. After a promising first date with him, things go downhill real fast, and he’ll be a thorn on your side for the rest of the story. You can choose to be combative towards him in interactions or go soft instead.

You’ll meet Olivia working in the coffee shop, even going on a date with her early on in the game. It doesn’t work out, but she’ll still pop up every once in a while, especially whenever Seven is around.

You’ll meet Jonah at a backward party hosted by Jesse — you might hit it off with him, but he’ll be gone sometime after. Hopefully, we’ll see more of him in DLC.

Similar to Jonah, the athletic Leah is not usable or romanceable in the base game of Boyfriend Dungeon, but we’re sure that developer Kitfox Games has plans for this hammer weapon-person in the future.