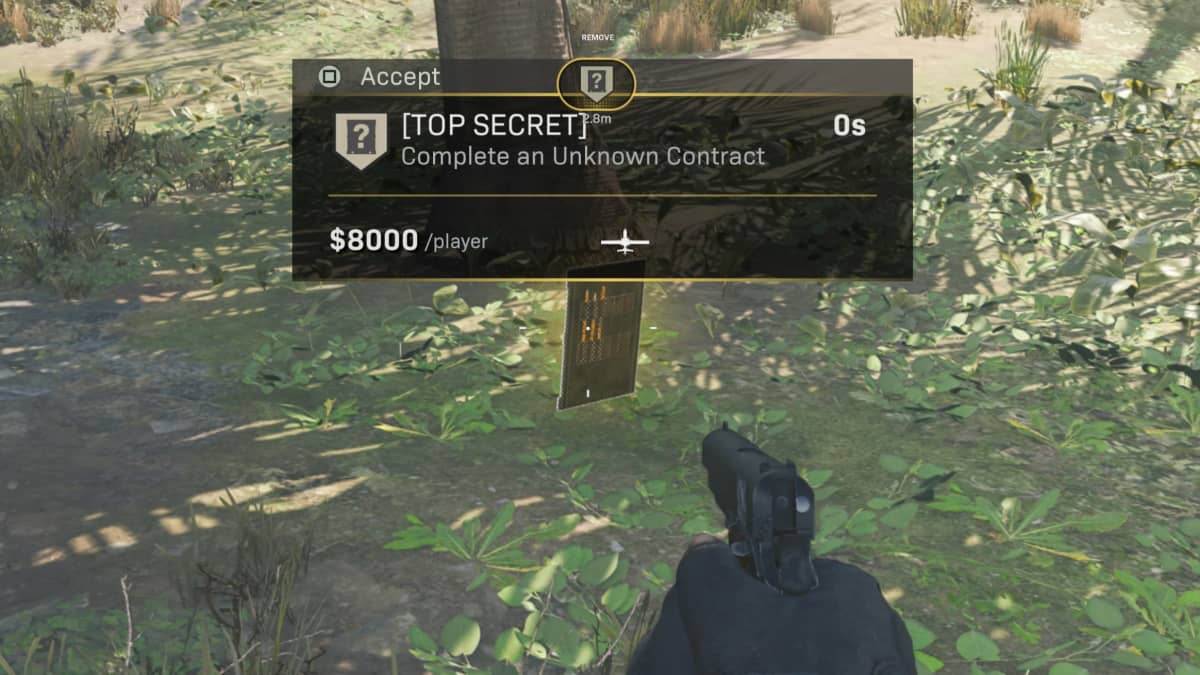 Call of Duty’s latest iteration of their battle royale, Warzone Pacific, has added hundreds of items to the Caldera map — from weapons, planes, to even anti-aircraft turrets. However, one addition of the game that always seems to be undermined is the type of contracts this island holds. Many you’ll discover in Caldera have been mainstays to the franchise, but there are a few new kinds that are arguably better than the rest.

Similar to its predecessor, contracts that are picked up in Warzone Pacific will ask that you complete unique objectives for the opportunity to earn major rewards, such as truckloads of cash, legendary weapon blueprints, and even enable you to bring back fallen teammates. Although this concept has been around in Warzone since its inception, newer contracts like Big Game Bounty, Supply Drop, and Top Secret up the ante by quite a bit.

Here’s every contract currently available in the game and what game-changing prizes you may receive from them: