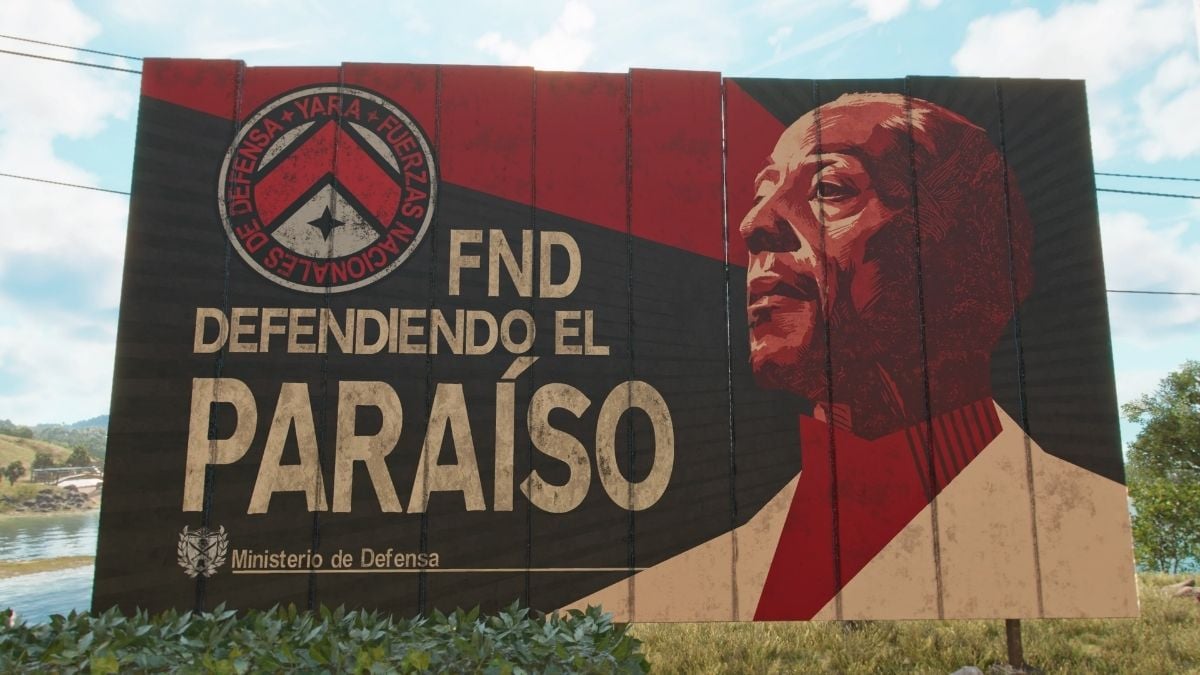 Checkpoints are a new form of outpost in Far Cry 6. While there are other outpost like structures, Checkpoints serve as a way to prevent cars from traveling the roads across Yara. Each Checkpoint consists of a few guards that need to be taken out and a propaganda billboard that needs to be destroyed before you can take it over. Checkpoints also come with their own storage rooms filled with crafting materials.

There are two Checkpoints two take over in the western region of Yara known as Costa Del Mar, the Tabacco Valley Checkpoint, and Colinas Plains Checkpoint. They are on opposite ends of the region from one another.

The Tobacco Valley Checkpoint is on the eastern edge of the region. There are a few enemies like usual, but this one appears to be more active than most Checkpoints you might come across. There are also a lot of tanks that like to roll through this area, so watch out and make sure you don’t attack at a bad time or you will have more to deal with than you planned. The alarm is located on the side of the building. Be sure to take it out so you don’t have to worry about reinforcements.

This Checkpoint is located in the north-most part of the region near the border of Aguas Lindas. You can easily get to it if you have the F.I. Escudo Steel Plant Base captured. It is close enough to airdrop in from the base and glide over to it. This Checkpoint is pretty average, but it does contain some good loot once you get into the storage room.

As usual, there is one alarm here that is located on the side of the building next to the stairs. Make sure to destroy it if you are trying to avoid detection.