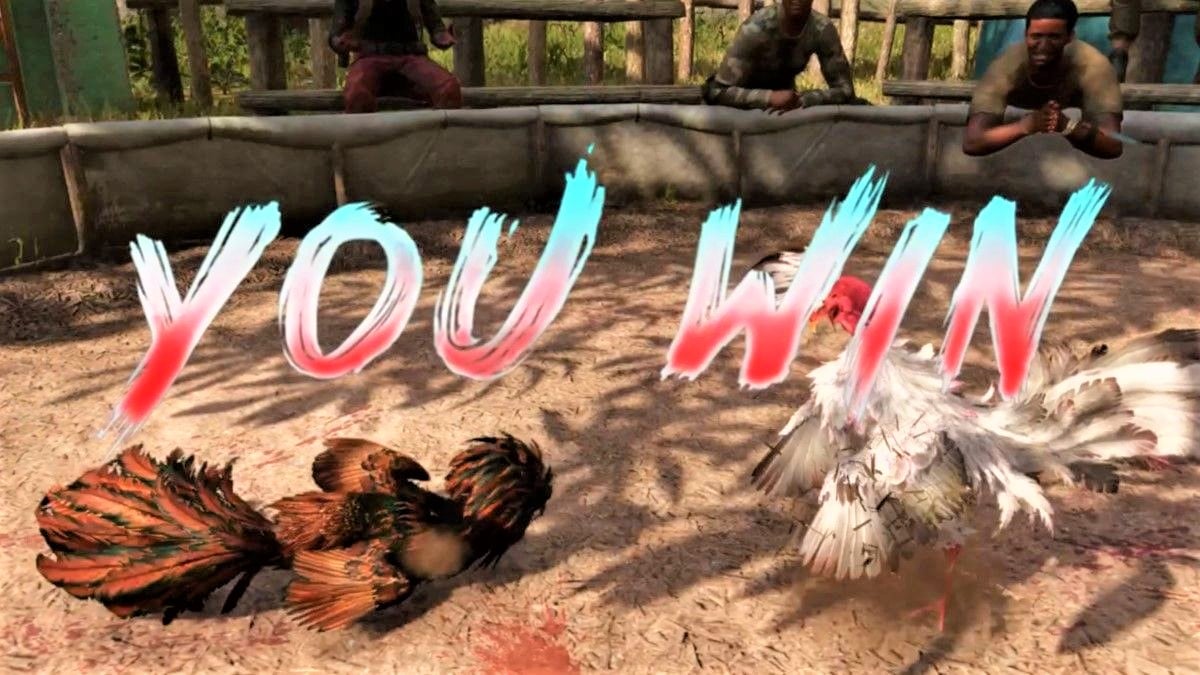 To win cockfighting in Far Cry 6 you don’t need the skills of a Mortal Kombat or Tekken champion, but there is a certain amount of skill and strategy to it. You also don’t need to find any of the unlockable roosters in order to win, as they all seem to play very much the same, but if you’d like to find Papacito, El Aguila, or Acero, then we have the guides to help you do so. Unfortunately, the mighty Chicharrón is not unlockable for cockfighting.

The cockfighting location is a ring on the west side of the Montero Farm guerrilla camp in Costa del Mar, Madrugada. Whether you’re playing on Civilian, Guerrilla, or Revolutionary difficulty, the way to win is pretty much the same, although the opposing rooster will be a little smarter and more aggressive on the higher difficulties.

The best strategy is to keep dodge backwards to get yourself about two rooster lengths away from your opponent. What you should do next depends on what your opponent does. If he stays where he is or only closes to about half the distance, then launch a long-range attack. If he stays beak-to-beak with you, then hit him with a close-range attack. And if he gets close, but not right in your face, then try a jump attack.

Don’t attempt to launch any combos. Just repeat this dodge-attack pattern, making sure you side-step sometimes, so that there’s always room behind you for dodging. If you miss an attack, just dodge back again as quickly as you can, and you usually won’t get hit (at least not too hard). And if you are missing attacks and getting hit, then the upside to that is that your Rage Bar will fill faster. When it’s full, you can launch a Gallo Super attack, which does tons of damage if it connects. The best time to use the Gallo Super is when your opponent has just missed an attack and is close by.