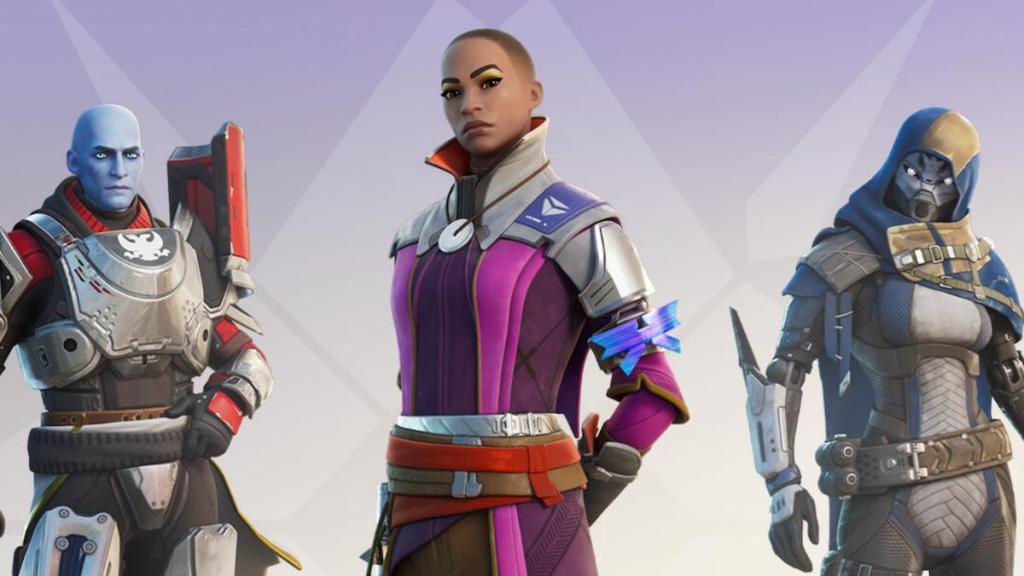 Destiny 2 and Fortnite — two of the biggest online video games out at the moment — have joined forces in a cross-game collaboration. While Destiny 2 will receive skins inspired by three original Fortnite characters, Epic’s battle royale will also add a few Destiny characters to its massive roster.

However, don’t expect to get these characters for free; you’ll need to front some V-Bucks in Fortnite’s item shop in order to drop onto the island as one of these Destiny fan favorites. Here’s every Destiny 2 skin in Fortnite, all of which will be available in the item shop following the shop refresh on August 23.

The Warlock Vanguard Ikora Rey features similar offerings to Zavala, albeit with some minor differences. Her back bling takes the form of her Ghost, Ophiuchus, while her pickaxe is modeled after Destiny 2’s Black Talon sword. She also has a Sparrow glider, which comes with the Ikora Shader style.

Rounding out the list of Destiny 2 characters in Fortnite is the Exo Stranger, whose matching cosmetics include the Pouka back bling, the Lament pickaxe, and yet another Sparrow glider, which also includes the Exo Stranger Shader style.