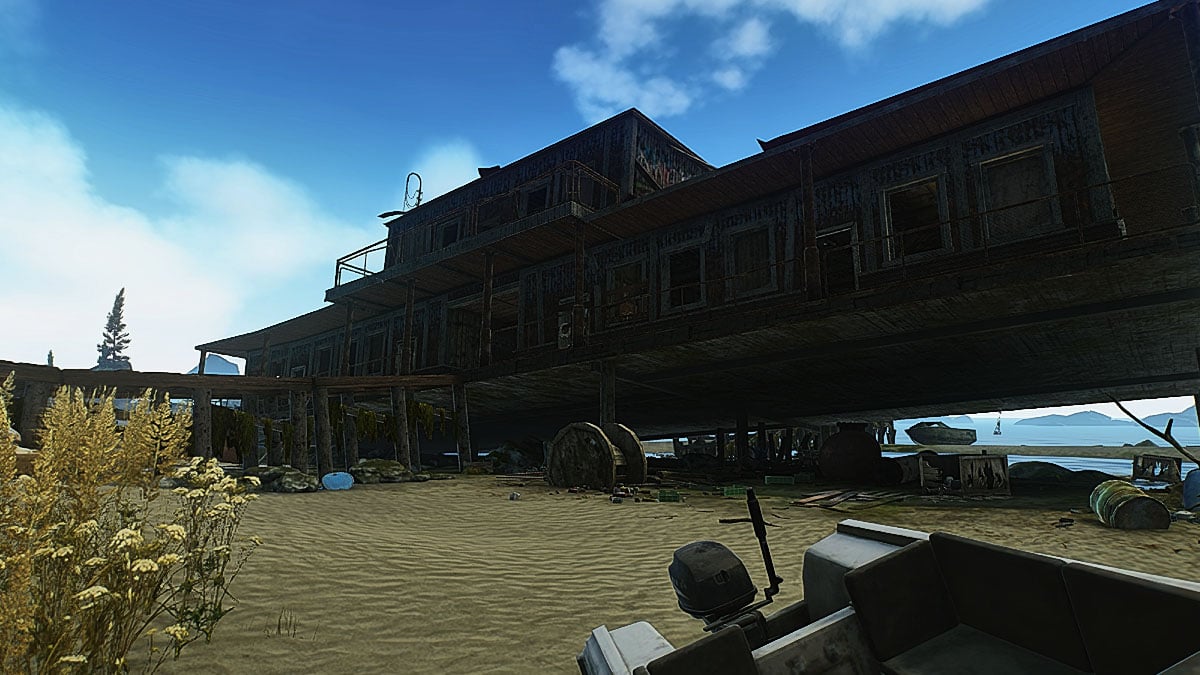 Lighthouse is a unique map in Escape from Tarkov — orientation is possible thanks to a mountain range running along the east side of the map, with most play occurring from north and south. This turns the map into a dangerous funnel that makes sniping a consistent danger, although there are multiple areas where CQC reigns supreme as well. This mix, and the narrow field, makes Lighthouse a rewarding, albeit difficult, raid where intelligent tactics can make a large difference in survival. To that end, you’re going to want to know all of the extraction points if you want to succeed.

Related: How to complete Gunsmith Part 1 in Escape from Tarkov

There are four extracts for both PMCs and Scavs, along with three neutral extracts available across the map which can proc for either faction upon beginning a raid. It’s worth noting that the northern extracts, such as the Armored Train, are far more dangerous due to the more open area. The southern extracts should have players more concerned about snipers hiding in foliage and ridgelines, although mid-range engagements from players hidden within defilades are also plausible. Move quietly, and with determination — the Lighthouse is not a beginner-friendly Tarkov map.

Everywhere on this map, there are unfavorable encounters for PMC players. Whether it’s the landing dock on the southern side, the trainyard on the north, or the ample sightlines given to snipers on the east, keep your head on a swivel as you move through the Lighthouse map.

Take the main highway all the way south, and you’ll come across some construction equipment shortly after the road bends east. The Scav exfil South Road Landslide is slightly farther along this path, so be wary of possible Scavs along this highway, along with the standard bevy of snipers within the ridgeline.

Straight east from the lodge is a hard-to-find pathway that ultimately leads to this extract. Be forewarned, however: using this exfil means you’ll need to have paracord on your person along with the Red Rebel Ice Pick. Finally, you cannot wear an armored vest to use this exfil. It’s inconvenient, but its positioning makes it the safest extract for PMC players on Lighthouse. Pick your poison.

Road to military base V-ex

A standard vehicle extract located on an eastern road that stretches past the railyard. Players will need 5,000 Roubles in their inventory in order to use the vehicle, and once it’s gone other survivors won’t be able to use it for an exfil. Ideal for early-match exfils, but unreliable once the raid stretches late.

Ostensibly the most dangerous exfil location to attempt to hit, this extract means players need to skirt around the trainyard while staying on the highway. Lots of open areas on the highway mean it’s dangerously simple to receive sniper fire from elevation with no recourse, and the delay on smoke usage makes it a difficult situation to work with. Still, it’s an old reliable as one of two PMC exfils that doesn’t require materials.

Scavs have a far easier time extracting on Lighthouse, making it a bit more of a Scav-sided raid. Still, not being able to select your own loadout is enough of a deterrent that it all evens out in the end. Scavs have four extract locations scattered about the map.

Just a bit farther than the PMC extract, this exfil is located at the far southern end of the primary highway. Use caution, as PMCs exfil near the earth mover — it isn’t uncommon to find a heavily-laden PMC moving to exfil on the highway.

Conveniently located underneath a dilapidated dock, the location for this extract is strangely small. Center yourself on the dock facing east, just slightly west from a hidden cache. This area is a popular loot spot, so be wary of PMCs hiding beneath the dock and in the rooms above.

Just west of the road to military base V-ex, and a bit east of the trainyard, the Industrial gates are located just outside of a couple of loot hot spots. Be wary of rogues and PMCs alike in this area, especially when scrolling the primary road — it’s rather easy to be engaged in these open fields. Small defilades near the gate make for desperate cover if lead is airborne.

Scav hideout at the grotto

Be cautious using this exfil — not only is the region around it laden with mines, but it’s right next to the trainyard as well, where many rogues and PMCs alike frequent. Getting into a firefight near the minefields is a harrowing, if not outright deadly, experience. Move around the north side of the jutting rock, and you’ll find the grotto facing west.

There are three neutral extracts, meaning they can proc for either PMC or Scavs, or could be used only when a PMC and Scav are working in tandem. While these are typically dangerous, as they could require working with random players, the exfils on Lighthouse for PMCs are so dangerous that these could be ideal extracts.

This armored train arrives once there are fifteen minutes left in the raid, and using this extract means that you’ll need to board the train and survive until it departs. Rogues, PMCs, and Scavs will all converge on this area late-raid, so ensure you have a heft of ammo and healing items if you’re planning on using it. The trainyard tends to be one of the most dangerous areas on this map.

From the lodge, move east, then cut north around the mountain to find this exfil. Once you start seeing bodies of water, near dilapidated houses, you’re close to the extract. Watch for campers near buildings, and snipers from the north. All things considered, this is the safest neutral extract, if not the safest of all extracts on Lighthouse.

A dangerous extract, requiring a PMC and Scav to exfil together. Further, the road branches from the main highway which cuts the map, and offers multiple high-ground perches for snipers. Either a PMC or a Scav falling to a sniper will result in an arduous walk, through sniper fire, to find another exfil. Still, its central location to the map and lodge could make it viable for the brave.