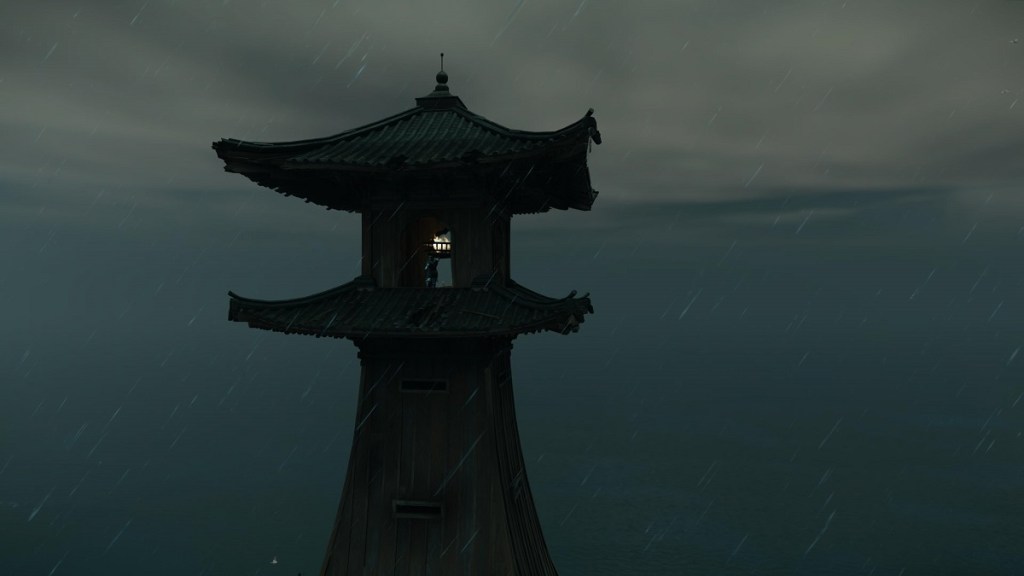 On Iki Island, the lighthouses are a signal that hope still lives in the region where the Mongols are laid waste to. In this DLC, only two reside in this smaller location, and none are stationed on the west side. Weird. Anyway, here is how to find them in the game.

You’ll find a wooden lighthouse north of your father’s Fort Sakai and to the northeast of Sly Hunter’s Forest. It’s easy to spot as you’ll find it near landing on Iki Island. Once you’re there, start climbing the structure to the left side. Move between the conveniently placed handholds to go up the building. You will need to use your hook to get to the top. Inside the lighthouse, you’ll find supplies and a record of Iki.

The lighthouse is on the southeast side of Iki Island next to Thieves’ Rest Village, and south of Zasho Bay Quite, many Mongols will be waiting for you here. They prioritize spears, so make sure to use the wind stance to be effective in this battle. Make sure you take out the annoying shaman as well, which buffs its allies around him. Eliminate him first. After this clash, you can simply climb up the lighthouse with the ladders. You’ll be given a vision from Jin Sakai’s past when you light up the fire. You’ll also find a record of Iki on the second floor of the lighthouse, so don’t forget that. It’s hard to spot in the dark, but there should be an R2 pop-up to pick it up, making it easy to track.