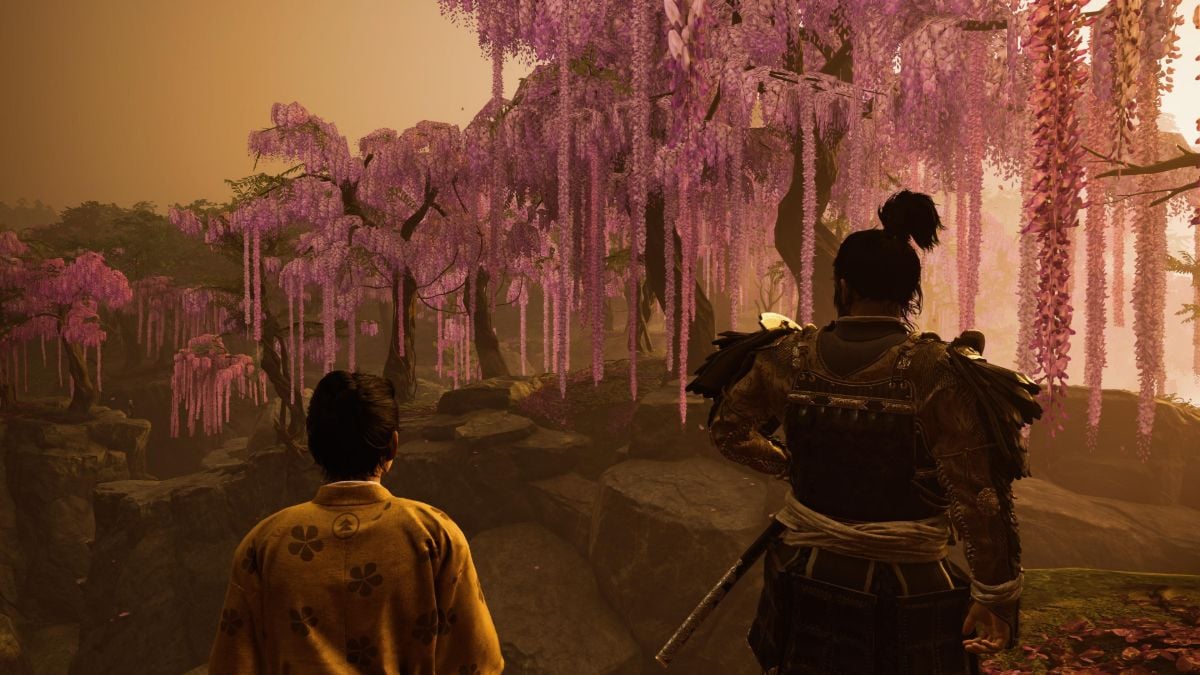 Iki Island was the last place where Jin interacted with his father and constantly begrudges himself for letting his old man die at the hands of raiders. As he explores Iki Island, he can experiences memories in five separate locations, giving us more details about the Ghost’s past.

In addition to gaining more insight into Jin Sakai’s history, you’ll be given a minor legend increase as a reward for every memory obtained. If you don’t remember, gaining legend gives you skill points. You can usually spot these memories if there is a large and tattered black flag and a white deer nearby.

Near the center of Iki Island and southwest of Kemono Trail will you find a horrible memory of a battlefield. This place is now covered in trees and moss, showing that this settlement hasn’t been lived in for a long time. There is a white blossom tree in front of it.

East of Tatsu’s Ladder and southwest of Barrier Cove on the eastern beach of Iki Island, you’ll find the Memory of Foreboding. You’ll find it on the northern side of the beach under a cliff. You’ll see the wood of wreckage in front of it, forming an arch-like shape.

Jin shared his last conversation with his father around this gorgeous purple forest. Set in the middle of the Senjo Gorge, you’ll find a crooked white tree alongside the torn black flag. It is located in the south of Iki Island.

Located northeast of Iki Island and west of the Yahata Lighthouse, you’ll find the Thunderhead Cliffs where this memory is waiting for you. It is also northwest of Barrier Cove. Overlooking the ocean, this memory is at a higher elevation than others. You’ll also see a torn house on the left side.

Memory of An Unfinished Song

After completing all prior memories, a conclusive one will show up on the map. It is northwest of Iki Island and is northwest of Sly Hunter’s Forest. It’s around 170m from where you first step foot on Iki Island. Follow down that same beach until you find a white blossom tree. This memory is ready to be experienced here. You’ll get a sword kit called Tempest’s End as well as the minor legend increase from finishing this.