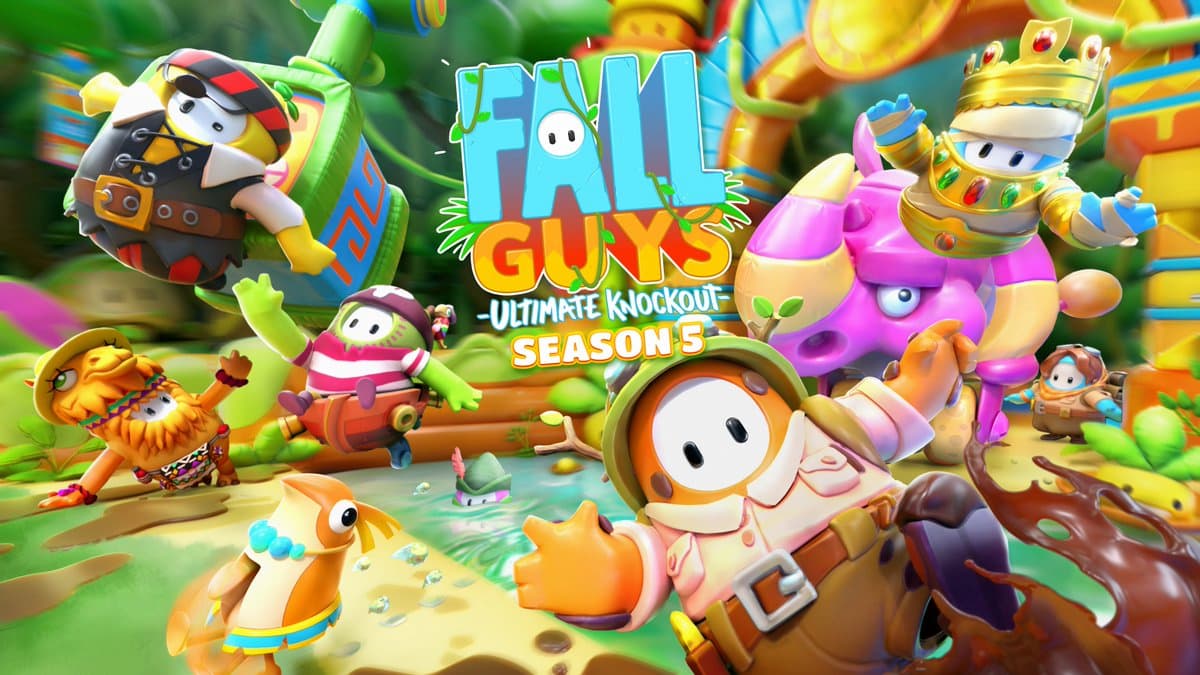 The Fall Guys community has felt like the futuristic Season 4 of the obstacle course battle royale game has lasted forever, starting in March and receiving a mid-season update in May. Players are due for a change of scenery and some new content, but it appears that developer Mediatonic and new owner Epic Games will be delivering this summer. Mediatonic will be streaming a Season 5 reveal on Monday, July 19, with Season 5 launching soon after.

Season 5 of Fall Guys: Ultimate Knockout will begin on Tuesday, July 20, and it will have a fun “adventurous” theme. A teaser image showcased a jungle environment, along with some explorer costumes, pirate-themed cosmetics, and some beans resembling furry animals and even Robin Hood. Expect greenery, exotic locales, and a lot of vines in your way.

With the new adventure theme, it would be a great opportunity to do some crossover skins with other game franchises with adventuring in the jungle as a central theme — think Tomb Raider, Uncharted, and the like. At the time of this writing, that’s all in our imagination at this point. We won’t get any official details on new minigames, cosmetics, and the Fame Path season rewards until the Fall Guys Season 5 Reveal, which will stream on YouTube on July 19 at 8:00 AM ET.