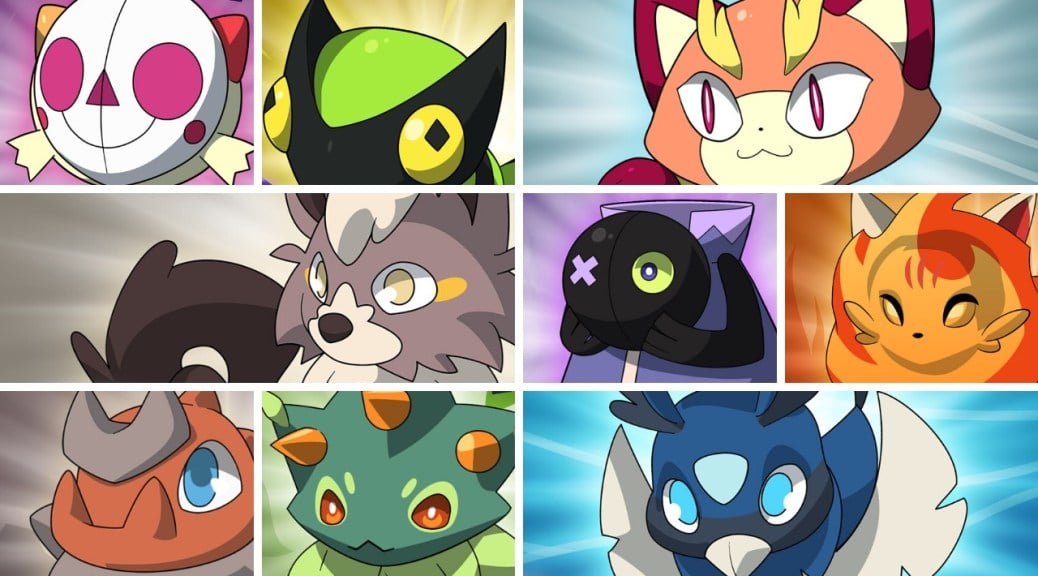 Sometimes we may or may not choose starter monsters based on how cool their evolve forms seem – we’re all guilty of it. Unlike other monster-collectors though, Nexomon: Extinction gives you a likely record-high nine starters to pick from. Every option represents a different element, so psychic and normal die-hards can rejoice. It’s a nice touch, but your decision should be made by how each starter develops with each evolve form. So, here is a look at all starter evolutions and their respective strengths.

We’ve said before that Lume is likely the best among all starters in the game, and its future forms are no different. At level 17, Lume becomes Lumefur, which has an average attack stat of 23. For any Nexomon leveled in the teens, that’s actually pretty outstanding – but it doesn’t stop there. Once it hits level 34, it’ll become the gorgeous Lumerei, with a 32 attack stat and a 27 defense stat.

Yes, Noki is notorious for being one of the weaker starters, but it’s probably one of the cutest. Though its evolve forms, Vainok and Hainok, turn the baby Nexomon from cute to badass – and its stats show it too. You can obtain Hainok at level 36, with its initial stats being 33 HP, 30 attack, 28 defense, and 10 speed. I guess Noki isn’t a bad choice after all – if you’re the patient type.

We think running with Gekoko is very much like running with Noki. Dealing with its first form is also a burden, but Kamelevo and its final evolve form Reptomotor make it clear that hard work pays off. Kamelevo is a well-balanced second-form, with 22 HP, 21 attack, and 18 defense. Reptomotor is also excellently designed and built with 37 HP, 30 attack, and 28 defense when evolved.

Design-wise, we’re convinced that Behilda has the most promise. Heddeca looks even more frightening than its former self, and it is much tougher. However, Noocidal deserves the biggest spotlight, as the final form looks familiar to that of a legendary Pokemon. It’s not the toughest final form out there, but its 37 HP after evolving is really enticing.

Great plant-types are ultra-rare to come by in Extinction, which is ironic as that’s what Mara and its evolve forms are classified as. Furthermore, its rarity may be solely based on their look, as their abilities aren’t any better than those of others on this list. If you’re having trouble against water-types, then maybe consider Marasuma or Raksuma in these tough spots.

We know Masquiti is almost too creepy, but as a psychic monster, you shouldn’t be too shocked. Masquiti’s evolve forms make the unfriendly starter a worthy pick. At level 17, you see it turn into Masqat, which has a respectable group of stats. But at level 34, players will see it transform into Feliblandqo, a taller, stronger, and less creepy version than what you’re used to.

Mearn and its forms are the equivalent of having a rare adorable plush animal. It doesn’t do much, but at least you can say that you have it. Cat lovers, we don’t blame you if this is your starter, as evolve forms Felarnia and Yarnesty really bring their own personalities to your party. However, if you can get to Drake Isles, there are tons of Mearns to see and catch in its grass areas.

You really cannot go wrong with the rare choice of having a mineral-type starter. It makes it even better when considering this Nexomon is the second-best of the nine starters. Trebly’s evolve forms, Treclay and Tresaur, are best known for having some of the highest HP stats in the game. On top of that, it’s breathtaking to see the baby reptile turn into such a terrorizing goliath.

It’s on the bottom for a reason: we hoped you wouldn’t see it. As dog people, we made the mistake of choosing this friendly but ever so passive mutt. Now, no one is saying that Dichala and Namansi aren’t great evolve forms, but as normal-type Nexomon, they’re just never effective in battle. This can amount to a lot of pent up frustration, but if you’re willing to still go through with it, you’ll need to give Dinja all the Destruction Cores you have.