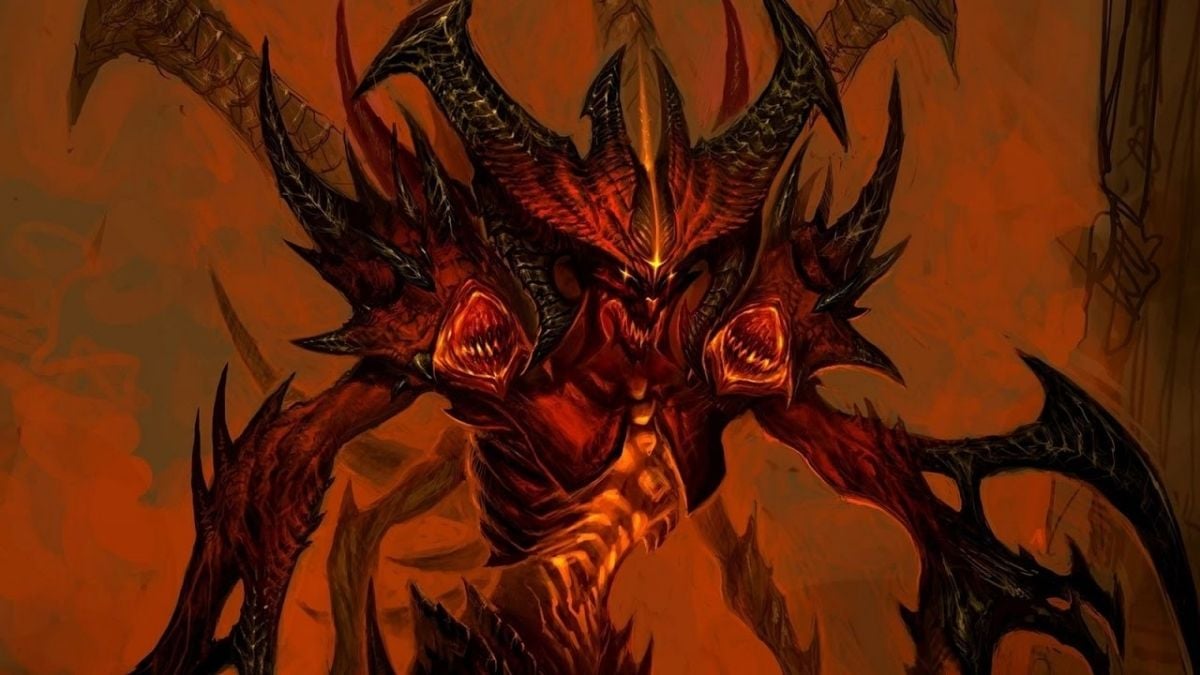 In the world of the Diablo franchise, angels and demons have been colliding in the “eternal conflict” since the two factions were created. However, it’s in the first Diablo when humans begin to be so heavily involved in the battle. Here’s where your hero comes in. As Diablo 2: Resurrected starts, your character is thrust into a new bout of demonic war. Tristram is destroyed, Diablo still walks the earth, and you must end him and his siblings before any of their plans come to fruition. However, who are these demons causing so much death and destruction?

The first evil you meet is Andarial, the Maiden of Anguish. And yes, she isn’t a Prime Evil herself, but she is working for them. As the first female demon, she’s known as the Demon Queen. She is the twin sister of Duriel and together they aided the “Lesser Evils” in their successful campaign to take over hell. These Lesser Evils were powerful demon lords, but less powerful than the “Prime” trio Mephisto, Diablo, and Baal, but they managed to banish all three to the mortal realm. This was called the “Dark Exile.”

However, by the time of Diablo 2: Resurrected, Andarial has rejoined the Prime Evils’ side in fighting to destroy the mortal realm, take back hell, and then, take down heaven itself. Players fight Andariel at the end of Act I. She specializes in poison and terrorizes many first-time players.

Like his sister, the Lord of Pain once defied the Prime Evils, but now he lies in the Canyon of Magi protecting the Tomb of Tal Rasha for them. While the three Prime Evils headed east, they abandoned Duriel here as punishment for his part in the Dark Exile.

Duriel, the Maggot King, is the second demon that players battle. He fights with heavy melee attacks and a radiating chill effect that can slow you down more than you might expect.

Despite being the eldest of the Prime Evils, Mephisto is arguably the weakest. He is intelligent and cunning, but his strengths lie in devious plans more than raw power. He and his siblings ran several almost successful campaigns against heaven, all failing because of their own greed, in-fighting, or the intervention of a few heroic souls.

His title is the Lord of Hatred and he’s fathered several important figures, including Lucion and Lilith. The latter is particularly important because she gave birth to the Nephalem, a race of humans with mixed angel and demon blood. Oh, and she’s heavily implied to be the main villain of Diablo 4.

In Diablo 2: Resurrected, Mephisto fights players in the Zakarum monastery, where he’s corrupted the high council. In their fight, Mephisto uses lightning and poison-based attacks, as well as summons his corrupted allies.

Diablo is the most important Prime Evil in all of the Diablo series — his name is the title, after all. The Lord of Terror broke out of his prison in the first Diablo game to terrorize Tristam and corrupt its monarchy. The hero has to shove his soulstone into their own body to save everyone, but he eventually corrupts them, too, becoming the “Dark Wanderer.”

However, in Diablo 2, Diablo isn’t the only person pulling the strings. Instead, his brothers have an equal hand in the terror, though he’s still arguably the “leader.” He frees them from their earthly prison and offers them hosts, but they all plan to corrupt humanity.

Diablo is the second to last evil that you fight, using lightning and physical attacks. You’ll find him in the Pandemonium Fortress of Act IV. He goes on to be the main villain of Diablo III, using his daughter, Leah, to continue his reign of terror.

This Lord of Destruction worked diligently to continue on his family plan to corrupt humanity. Where his other brothers failed and were slain, Baal is the cause of the Worldstone’s destruction, a magical artifact that created and brings balance to the mortal realm. He’s the middle child of the Prime Evils, but he became immensely powerful by taking Tal Rasha, one of the greatest mages ever to have lived, as his host.

He is the final boss of Diablo 2: Resurrected and is a difficult demon to fight, s he uses a wide variety of magical attacks, tapping into Tal Rasha’s power.