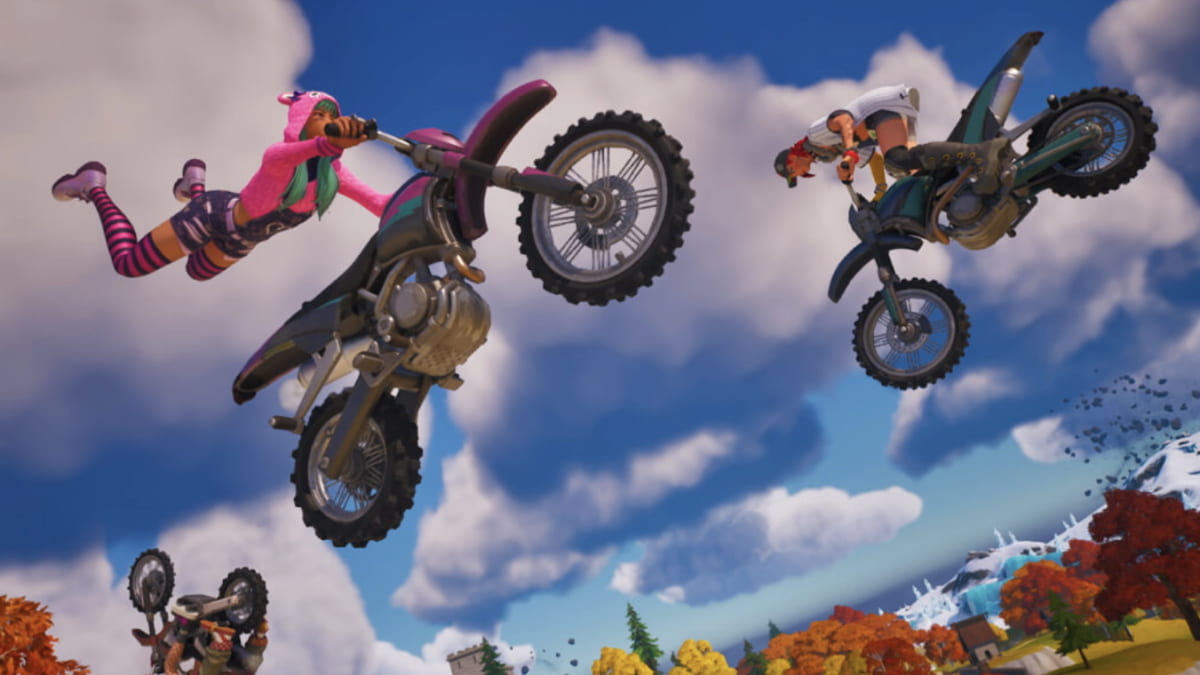 Fortnite Chapter 4 Season 1’s map may be set out in space, but the battle royale still gives players access to an assortment of different rides. These span from standard pickup trucks and sedans to the newly-introduced motorcycles. However, like in past seasons, each type of vehicle predominantly spawns in a specific region of the map. Here’s every vehicle currently available in Fortnite and where you can find it, listed in alphabetical order.

Where to find every vehicle in Fortnite Chapter 4 Season 1

The most common ride in Fortnite Chapter 4 Season 1 is the Bear pickup truck. Although slow, the vehicle can withstand up to 1,000 damage until it explodes, making it perfect for escaping heated fights. Bear pickup trucks can also be equipped with Cow Catchers and Off-Road Tires in order for them to climb high terrains and crush any debris in their way. Bears are located within all three biomes and are most likely to appear near homes.

Motorboats return once again to allow for players to blaze through any of the island’s lakes, ponds, and coastal areas. Unlike its counterparts, those driving the watercraft can press their respective shooting button for it to launch missiles at nearby enemies. Motorboats are guaranteed to appear at all docks on the outside of the map as well as those near The Citadel and Anvil Square’s lakes.

One of the rarer vehicles you will spot is the Mudflap, a freight truck that is incredibly damaging when running over opponents. The ride is also known to come with plenty of gas in its tank upon being found. However, Mudflaps can only be discovered around three locations: Slappy Shores, Brutal Bastion, and north of Frenzy Fields at the Hitches and Ditches gas station.

The Prevalent is an excellent vehicle to have when you want to drive for long durations at a time, as its gas tank burns the slowest. That said, don’t expect to see it as often as you might have in previous chapters. Prevalents mainly spawn in the forest biome, with high chances of appearing near Frenzy Fields, Faulty Splits, and Slappy Shores.

Due to its tiny size, the Trail Thrasher Dirt Bike makes for a fantastic tool when attempting to dodge any bullets shot your way. It may not feature speed boosts, though drivers can press their crouch button to power-slide and leap with the dirt bike. Trail Thrashers are typically located inside or around homes in the forest region, but some have a chance of also being in Breakwater Bay and Anvil Square.

The Whiplash has been long considered to be the best vehicle in Fortnite, as it is the only car that comes with speed boosts. This means it can even be a great way for chasing down and hitting opponents. Although, it is incredibly rare to find. Just four Whiplash will appear during each match and are primarily known to be at some of the game’s many gas stations.