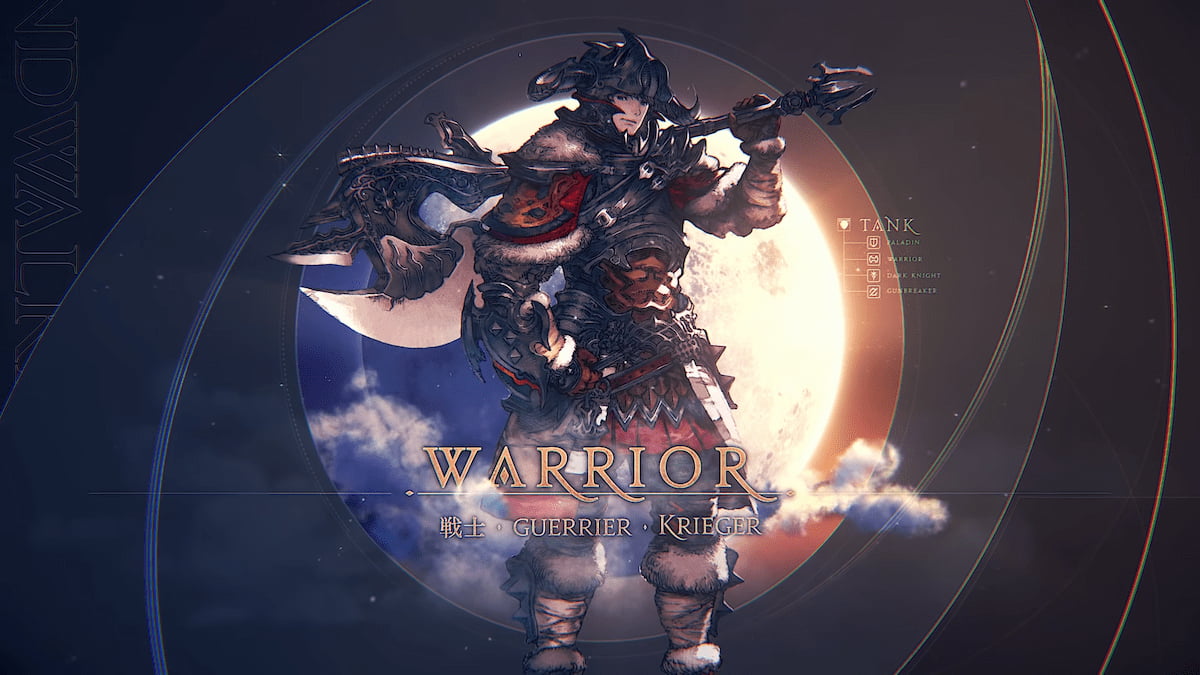 Fans of Final Fantasy XIV always have one consistent set of gear to look forward to at the start of every expansion in the form of Artifact Armor. Upon reaching the end of leveling a job for that expansion, the character will receive a set of starter armor themed after the current job to begin their journey into endgame. Every job has a set from each expansion since its release. Here are the main Artifact Armor sets for the Warrior job ranked from best to worst by visual appearance and core theme.

The Pummeler’s set is pinnacle brawler design. Most Warrior players would agree that showing a little skin is paramount when creating an axe-wielding berserker glamour. After all, too much armor just slows a person down. This particular set was introduced in the Endwalker expansion and seems to be inspired by the original Warrior artifact armor. The curved horns on the helmet scream of a ram ready to charge. When one thinks of a Warrior’s attire, they want to imagine a beast unafraid to leap into the fray and swing wildly.

The original Warrior artifact armor from A Realm Reborn is a classic. When a player sees it they know exactly what job the person is playing. Almost every Warrior set has tried to imitate it in some way, and the only thing truly holding it back is its age. The helmet is intimidating and the armor seems light enough to move while still fortifying enough to take a beating. It is also the signature armor of Ardbert, who players grew to love since his Heavensward appearance and through Shadowbringers.

The Brutal set is an enigma amongst Warrior Artifact Armor, but in a good way. It doesn’t truly resemble any of the other sets, and features a visor with a feather instead of a horned helmet. It shows off a good amount of skin and is sleek but menacing. The axe blade hanging off the skirt is truly unique, and players either love it or hate it. This set was introduced in Stormblood, an expansion entirely built on the themes of war and fighting for freedom. This set does a good job at showcasing it.

The Boii set is quite odd to say the least. It is the Shadowbringers Warrior Artifact Armor, and has a lot to love but also a lot to shrug off. The robed chestpiece is extremely detailed and the gold belt creates enough separation to not make it look like a caster robe. However, some players may not find the open neck appealing with the choker. The helmet is also horned again, but is a little too flat. The cross stitching and chainmail pants are nice, however.

Heavensward Artifact Armor always seems to have too much going on, and the Ravager’s set is no exception. The viking inspiration is quite apparent, but the gear seems way too bulky with all the random blocks of armor. It once again sports a horned helm, but doesn’t allow the player to see their character’s face in the slightest. The fur on the shoulder and kilt is a nice touch, but the asymmetrical design of the other half of the armor clashes with the rest. It’s not a bad set, but it doesn’t vibe as well with the rest of them.