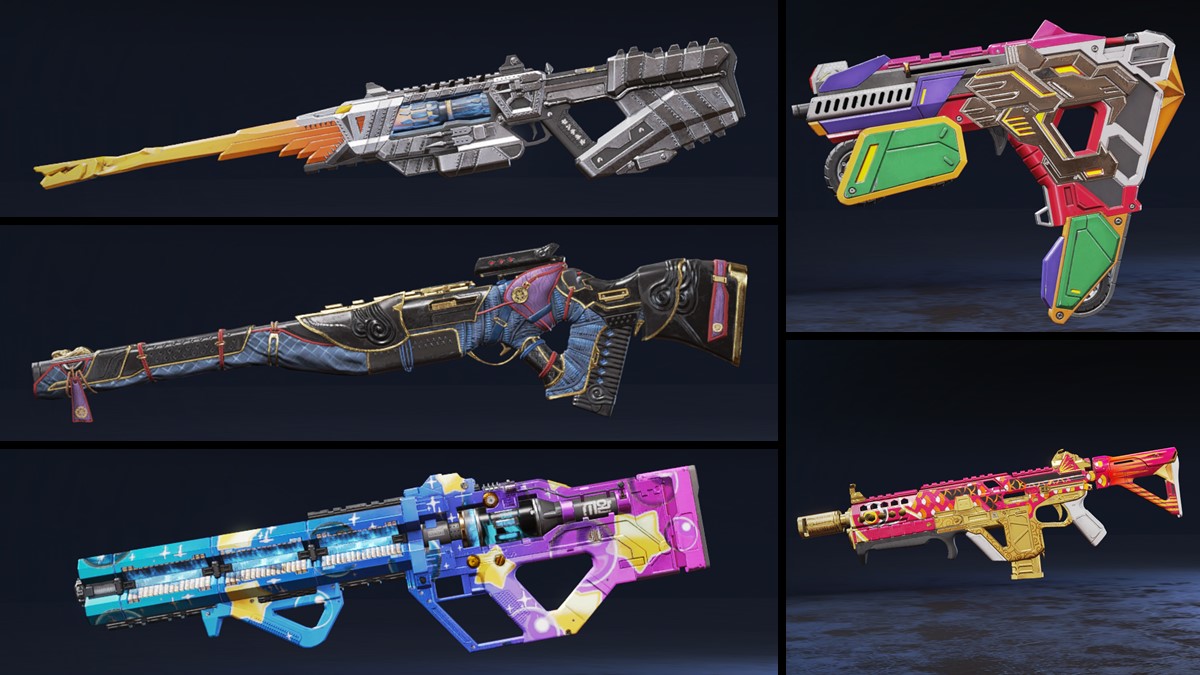 There is no shortage of awesome weapon designs for Season 9 of Apex Legends’ first collection event. The Genesis Collection Event does have some nice Legend skins, but the weapon skins this time around is where the cosmetics really shine. There are 12 new weapons skins total, outnumbering the new Legend skins by a slim margin, and all of them are Epic, Legendary or Heirloom-tier.

Related: All Legend skins in the Genesis Collection Event for Apex Legends

The Genesis event collection contains nine of the new weapons skins within it. Five are Legendary skins, while four are Epic skins. Don’t let the Epic label fool you, though. Some of the Epic-tier skins are some of the best-looking in the entire collection. Many of the weapons can be matched with Legend skins from the event, like usual.

This event’s Prize Tracker has not one, but two Legendary weapon skins. They are both pretty impressive as well.

The newest Heirloom melee weapon skin in the first Heirloom for a later-released Legend: Revenant. Unlock it by buying out the Genesis collection, or wait until the event is over and buy it from the Heirloom Store for 150 Heirloom Shards. This is the 10th Heirloom in the game.

Related: Every Heirloom in Apex Legends