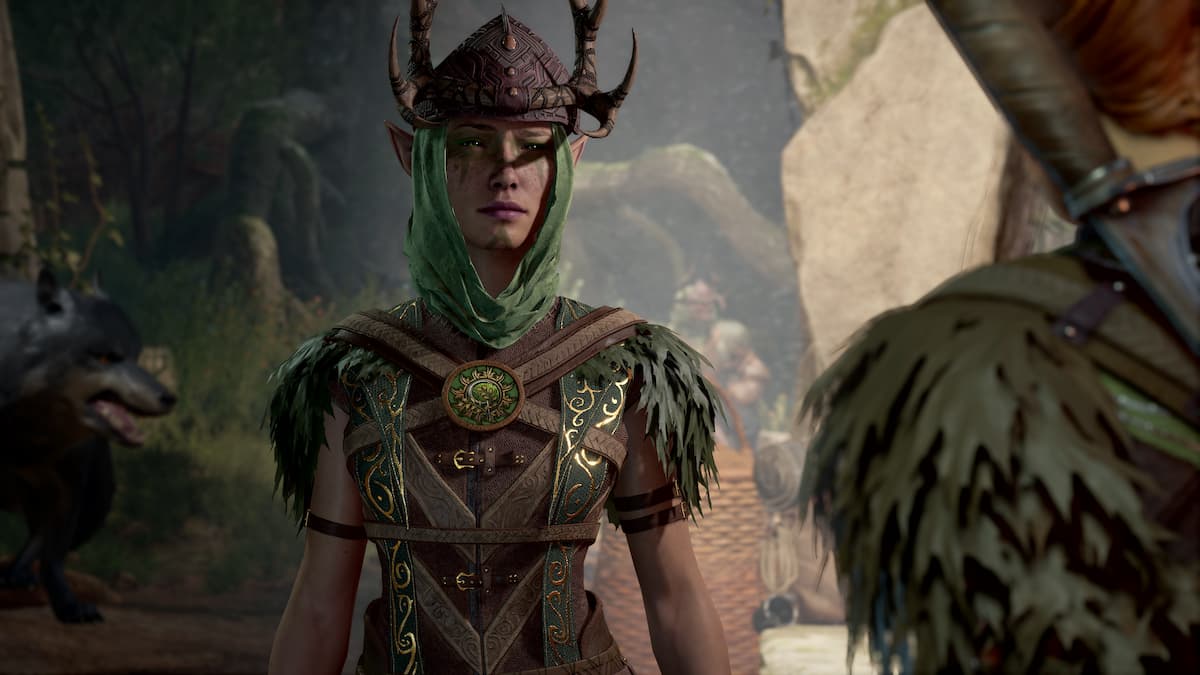 Alongside some game improvements and quality of life changes, Larian Studios has added a new class to Baldur’s Gate III: the Druid. The class brings a mix of magic and shapeshifting fun to the party, so anyone who has wanted to turn into a bear and bite the head of an enemy can now live the dream. For those who are unfamiliar with the game, Baldur’s Gate III is a roleplaying game developed & published by Larian Studios based on the Dungeons & Dragons tabletop roleplaying system. Naturally, the spells, abilities, races, and creatures are directly pulled from the lore and ruleset of its tabletop inspiration.

Druids are one of if not the most versatile classes that you can play as in a campaign. Being one with nature and utilizing it as a catalyst for their power, they are able to shape the battlefield. Druids can alter the landscape, making it difficult for foes to engage their party and providing healing support to those injured.

In addition to the variety of spells at their disposal, they also have the ability to transform into various animals on the fly through their Wild Shape ability making no battle out of reach of victory. They can also commune and interact with animals providing unique bouts of gameplay from a wild animals perspective.

The Druid is a spellcaster class whose spellbook is dependent on the Wisdom ability. When making saving throws of any type, they are proficient in both Wisdom and Intelligence.

Unique only to the Druid class, Wild Shape allows them to transform into many different species at will. This allows the Druid to be remarkably flexible in most instances, for each animal has its own unique properties, traits, and abilities. In Baldur’s Gate III, a Druid can Wild Shape into the following animals:

There is a Wild Shape for every encounter; all that it comes to is how you will decide to use them going forward. As stated earlier, each animal is unique in its ability. For example, the Badger can burrow underground and spring up behind the enemy catching them off guard. Whereas the Polar Bear is a hulking beast capable of ravaging foes with its sheer strength and claws. Another option is to briefly embrace the ‘gift’ that the Mindflayers have granted you, transforming you into the unknown Aberrant Intellect Devourer.

Druidic Circles are a way for Druids to focus their abilities toward particular skillsets. In Baldur’s Gate III we are given two to choose from.

A Druidic Circle should be chosen based on your preferred style of play. You will always have the versatility of Wild Shape, but by choosing Circle of the Moon you will be able to really embrace the way of the beast. Whereas the Circle of the Land will allow you to invoke nature’s wrath on your foes.

Druids have a very diverse range of spells at their disposal. When first starting out, the list is pretty small, but as you continue to level up more useful and effective. Below we have provided a table for one spell in each level (including Cantrip) to give you a taste of what to expect as you level up. The table will be divided up by the spell name, type, school, cost/cast time, whether or not it requires concentration and a brief description for quick reference.

Best race for playing a Druid

In Baldur’s Gate III, you can take every race and play whatever class you wish. While this is great, some races are better suited to certain classes based on their Abilities and Traits. Keeping in mind that Wisdom is the primary Ability for this class, we have found the Half-Elf with Wood Elf traits to be the best fit for playing as a Druid.

The Half-Elf race’s abilities grant a Charisma +2 and +2 Ability score points to delegate to any of the other five Abilities at your disposal. Since the Druids spellcasting is tied to Wisdom, putting these points to that Ability seems pretty straightforward. Half-Elves also can take on the traits of Wood Elves. One of these traits is Mask of the Wild, which grants proficiency in Stealth. Couple that with their 10.5m per turn movement speed, and you can use this to get right up behind the enemy and surprise them with a Wild Shape.