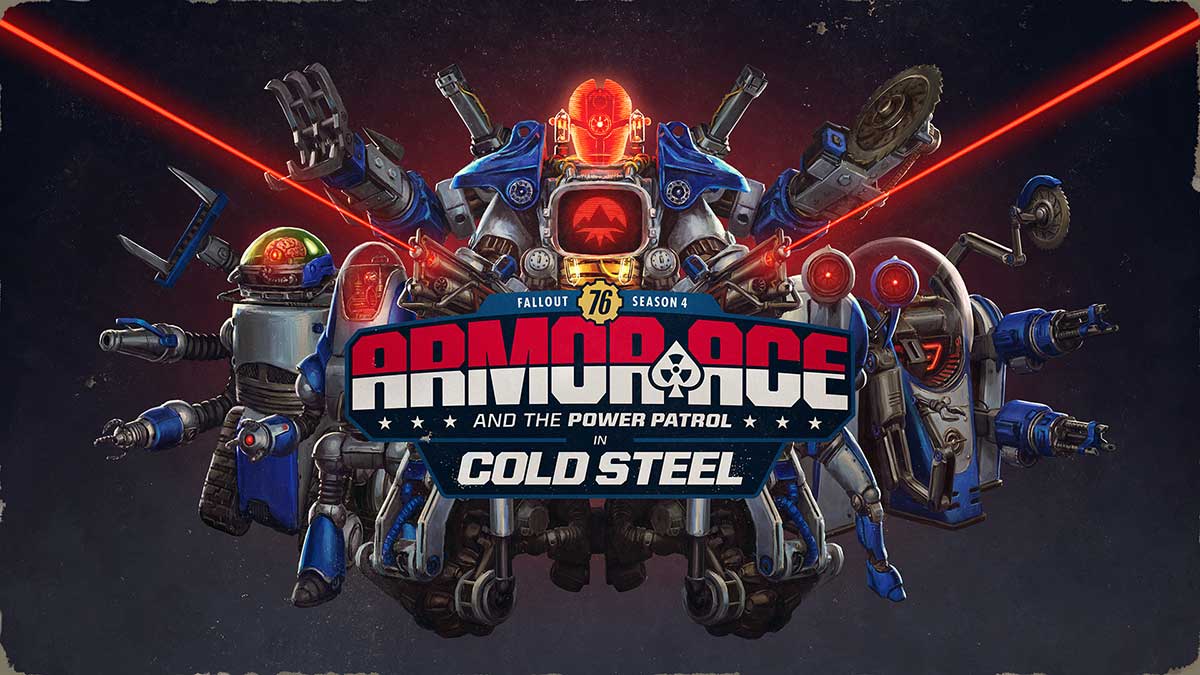 Fallout 76 Season 4: Armor Ace in Cold Steel is now live, bringing with it S.P.E.C.I.A.L Loadouts, C.A.M.P. Slots, and a new battle pass to work through. In this guide, we’re going to cover the best items in this season’s battle pass. The items you’ll regret missing out on if you don’t at least try to get them now. Every player has access to the battle pass for free, and you gain progress through every activity in the game.

This season there’s a unique paint job on offer for all Power Armor variants. The T-45 version is the first one on the battle pass, but they’re all worth getting if you’re willing to put the work in. Paint jobs like this don’t come along for free that often, and having a full set will make for a snazzy display in your C.A.M.P..

Mannequins are fantastic, and they’ve been sorely lacking in Fallout 76 until now. All you need to do is complete one-quarter of this season’s battle pass, and you’ll unlock Mannequins for free. With this item, you can display outfits in your C.A.M.P. and make it look like some sort of trophy room for all the players you invite inside to kill.

This is yet another Yukon Five paint job. It’s a similar design to the T-45 one, and it’s worth grabbing if you’re working your way through for some of the other items on this list.

Bees are not the friendliest of creatures in Fallout 76. However, it seems like you’ll be protected from damage if you wear these items together. While this hasn’t been confirmed at the time of writing, they do allow you to live out your fantasy of being a beekeeper even if your bees do sting you to death occasionally.

This Flamer skin is a thing of beauty. It looks like something a Raider faction would pull together from leftover scrap. Taking this into a high-level event will give you the confidence needed to defeat the game’s toughest enemies.

The Collectron may be a controversial C.A.M.P. item, but when it’s themed around Nuka-Cola, there’s no reason to avoid it any longer. This item is the mid-point on the battle pass and is well worth the grind if you’re a Nuka-Cola fan.

We don’t think this one needs much of an explanation. Everyone needs to do their business. Why not do it on the fanciest throne known to man?

At rank 76, the Yukon Five paintwork starts to come into its own. From this point onwards, the cosmetics are some of the best you’ll see in the game all season. They’re easily worth buying from the Atomic Shop, but here you have the perfect opportunity to pick one up for free.

The season’s theme is applied in a skin here, sharing several similarities with the artwork for this season. If you enjoy Fallout 76’s stories and lore around each season, this is an excellent item to work towards.

Commissioner Chaos seems to be the bad guy in the Cold Steel storyline. His Power Armor paintwork is to die for, though. There aren’t many paint jobs that look as good as this, and for the next ten levels, you can expect the same.

For those who love beer and making bars in Fallout 76, this is the item for you. Fuelling the Cold Steel crew on the finest ales from the best Stein in the game is a cosplaying dream. It’s also a beautiful new piece of furniture to kit any bar C.A.M.P. build-out with.

The final cosmetic on this battle pass is the best in the game. It’s a variant of the Commissioner Chaos skin, but with a blue hue to it that makes it more of a combination of that character and Cold Steel. It epitomizes everything about season 4 and is a great way to show how much work you put into the game this season.