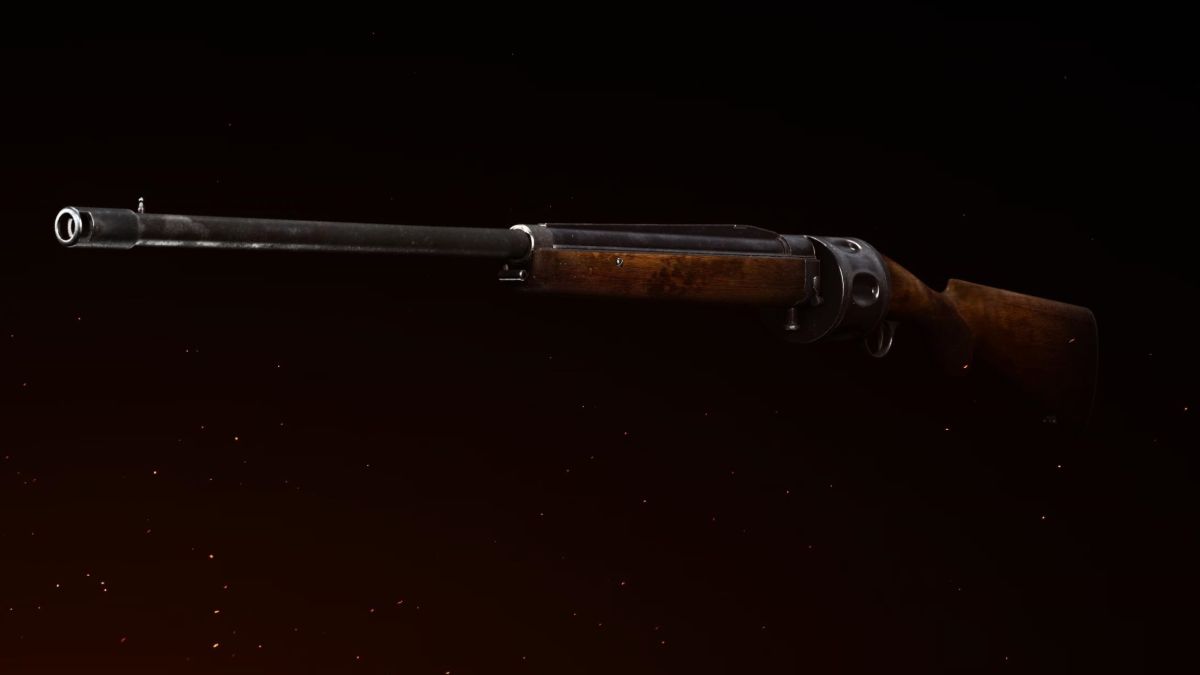 Your starting shotgun in Call of Duty: Vanguard, the Einhorn Revolving, is a deadly weapon that can decimate multiple foes at once. While it can be challenging in larger maps, this shotgun can bring up that K/D ratio in a match type like Free-For-All. Here’s how to maximize your success with its loadout.

The muzzle can be either a G28 Compensator or A5 Smoothbore, depending on your style. If you want less recoil from the weapon, the G28 Compensator can eliminate the nasty feedback between your shots. The A5 Smoothbore will make it easier to shoot enemies at close range, making the process far easier due to its wider pellet spread.

Each barrel has its terrible cons to think about when deciding. If you choose the Gung-Ho proficiency (which enables firing while sprinting), we recommend the Klauser 560MM Rapid as it provides a better fire rate and hip-fire accuracy. The only cost to this barrel is that it lessens sprint to fire speed and a smaller damage range. Meanwhile, the Sawed-Off provides an even wider pellet spread and greater movement speed at a heavy cost of recoil control and accuracy, making it good at close-range combat but not much else.

You’d think optics on a shotgun is unnecessary, but they provide an advantage on the Einhorn Revolving other than simply a new sight. The G16 2.5X gives greater recoil control, accuracy, in addition to a compact scope that’s 2.5x magnification. The only weakness is a slower aim down sight speed, but who uses their sight when using a shotgun?

Next, we decided on the SMLE Pistol Grip for the underbarrel because it gives a greater sprint to fire speed, in addition to better hip-fire accuracy. These two elements are vital for any shotgun build if you plan to run and gun your way to victory. It only costs one less stat to the recoil control and accuracy of the gun.

With small decreases to ammo, bullet penetration, and damage range, the Birdshot 5 Round Cylinder for the magazine has a tonne of advantages for a low cost. It gives five stats to recoil control and accuracy, counteracting the prior cons from other attachments, in addition to a better aim down sight speed, fire rate, and movement speed. The other magazines have way too many cons in comparison to the Birdshot.

To compensate for a smaller caliber from the Birdshot 5 Round Cylinder, we are using the Slug Ammo Type on this bad boy. It gives a shotgun slug the cost of lower aim down sight speed, which once again isn’t important in a build for this type of weapon.

The Polymer Grip is the easiest to earn out of these attachments and is surprisingly the most useful. With no cons whatsoever, this attachment will provide better flinch resistance alongside improved accuracy and recoil during sustained fire. As a shotgun player, having flinch resistance is a godsend as it reduces the effect of incoming bullets from an assault rifle, sniper, etc.

We have two options for your proficiency with the Einhorn Revolving. Gung-Ho enables such a huge advantage as you can now fire while sprinting. You won’t have to worry about the sprint to fire stat any longer. However, sleight of hand can give a faster reload, and shotguns are notorious for taking a long time to set up again.

Lastly, the fully loaded kit will increase your max starting ammo, adding four extra magazines to your gun from the start of the game. This will somewhat improve the weapon’s low ammo count. The quick kit can also gain you more sprint speed, which could be vital as well. Have fun in Call of Duty: Vanguard with the best attachments for the Einhorn Revolving.