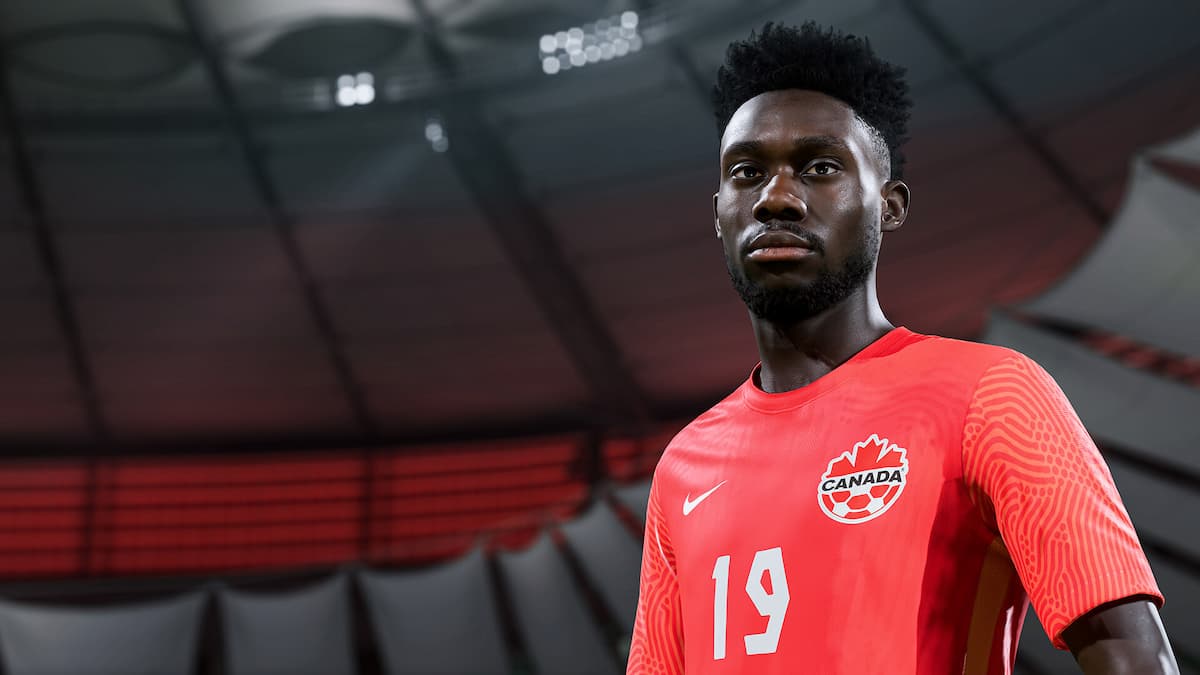 The best formation to use in FIFA 23 will depend on a lot of factors: what mode you’re playing in, what club you’re playing as, what opposition you’re playing against, and what your objectives for the match are (to name but a few of many). Every one of the thirty formations available is useful under some circumstances. However, some are going to be useful more often than others. Below you’ll find the best attacking, controlling, and defensive formations for the majority of teams and situations, but don’t be afraid to try out the other 27 sometimes too. There’s a time and a place for all of them.

This is the only FIFA 23 formation that lets you field four attackers. Some of the 3-at-the-back formations are arguably even more attack-minded, especially if you pick attacking players across midfield, but they all leave your flanks badly exposed, which the 4-2-4 does not. Having a line of four attackers rushing forward at once, especially if they’re all pacey, will make the lives of your opponent’s defenders very difficult, and your goal-scoring options will be numerous in 4-2-4.

Controlling the game in 4-2-4 won’t be so easy though, as you only have two midfielders, so don’t expect to dominate possession. To compensate for this weakness, make sure your two midfielders are solid all-rounders, ideally with high pace and stamina. It helps if your attackers also have high pace and stamina, as well as some defending and creative ability so that they can track back and support in midfield too.

Best formation for controlling the game in FIFA 23: 4-5-1

As FIFA 23 commentator Stewart Robson is fond of saying, dominating possession and dominating the game in midfield are keys to victory in football, and if you want to frustrate your opposition by playing a short passing game and keeping the ball, then the 4-5-1 formation is probably your best option. The standard 4-5-1 is usually better than the 4-5-1 (2), which tends to leave your striker very stranded.

This formation requires a more patient build-up than any formation with wingers. If you play the ball to your striker too early, they’re likely to get outnumbered and denied space. The trick with 4-5-1 is to keep possession in order to draw opposing defenders out of position, then be quick to exploit spaces as soon as defenders leave them open. You’ll want high vision and short passing stats as well as good pace and attacking positioning on your striker and midfielders.

If your intention is to “park the bus”, as they say, then the 5-4-1 formation puts more bodies behind the ball than any other. There are various reasons for playing defensively. Against superior opposition, it’s often best to play 5-4-1 and hope to get a goal from a lucky break or a set piece. It can also be a smart move to switch to 5-4-1 if you’re 1-0 up with ten minutes to go. Or maybe the league standings are such that you only need a draw, and 5-4-1 is a good way to secure one.

You can attack effectively in 5-4-1 though, especially if you employ a high press. If your midfielders and wingers are good at pressuring the opposition, then they can steal the ball in your opponent’s half, and you can score before their defense can get organized. Wing-backs are another effective tool in the 5-4-1 formation. Select wing-backs with good crossing and attacking flair, and they can overlap with your wide midfielders on the wing, firing in dangerous crosses all day long.