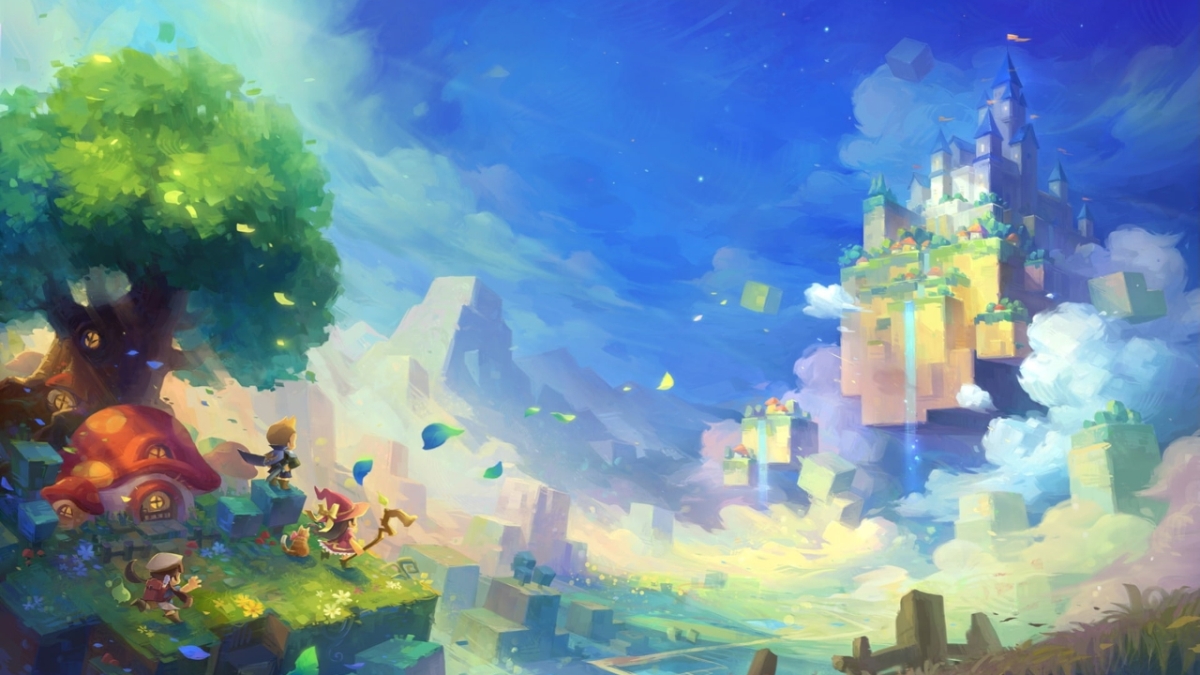 MMORPGs are enormous timesinks. The genre has its roots in both classic tabletop role-playing games and online multi-user dungeons, letting players explore worlds and level up their characters in living worlds, which can be as time-consuming as you want it to be. The best games in the genre are the ones that don’t make you regret the time invested, and since there are hundreds of MMORPGs, we figured we would make the choice a little easier. We’ve picked 10 of the best MMORPGs currently available on PC and listed everything you need to know before you dive in.

Albion Online is a fairly new, yet very much old-school sandbox MMORPG. The player-driven economy supports a range of activities and ways to make money. If you are tired of adventuring, you can become a farmer, for example. Cows are not your preferred company? Perhaps you want to specialize in creating high-tier armor and weapons as a professional blacksmith.

You can build your own home and furnish it how you like, form in-game communities, make your small cities, and do a lot more in Albion Online’s expansive social features. People who enjoy PvP action will find lots of opportunities for small random encounter fights and big organized guide battles. As a final plus, Albion Online features full crossplay between PC, Android, and Mac.

ArcheAge Unchained is one of the more immersive games on the list, featuring a zoneless open world that players can explore freely. Like many other MMORPGs, combat is a big part of the gameplay, with PvP encounters being a big focus. Players from opposing factions can freely engage each other in PvP-enabled parts of the world, and large-scale warfare is also in the cards.

Whenever players are not warring with each other in ArcheAge Unchained, they can engage in a variety of social activities, including trading and taking on missions together, taking part in the game’s evolving narrative.

Black Desert Online is an action MMORPG with a few twists that set it apart from other games in the genre. The combat system is very refined, featuring a lot of skill-based mechanics that might appeal to fans of games like For Honor. Large-scale siege warfare is also something players can engage in.

The most praise-worthy features of Black Desert Online are its extensive character customization, and how immersive the game can get. The game has a dynamic weather system, day and night cycle — which affects NPC and monster behavior — and other elements that make diving into its world for the first time a very engaging experience.

Unleashed is the reboot of Bless Online, carrying on the game’s legacy, world, and free-to-play model. Released just this year on Xbox One and PlayStation 4 and set to arrive on PC soon, Bless Unleashed has yet to prove itself against the roster of venerable decade-old MMORPGs currently dominating the space. But the newcomer does have a lot of things going for itself.

Built with the experience developers Neowiz gained from Bless Online, Unleashed delivers — and in some cases, improves — on all of the standard gameplay elements of a good MMORPG. Players can traverse the massive open world of Bless Unleashed on top of stylish mounts, engage in PvP and PvE combat, and endlessly upgrade and customize their characters.

In many massively multiplayer games, users are stuck in a closed garden that allows for limited role-playing action. You can go on the same quests as everyone else, fight in the same PvP arenas, explore instanced dungeons, pay a fee to continue experiencing the same old thing, and, well, that’s about it. And then there’s EVE Online, which doesn’t care about closed gardens. Players can do almost anything they want.

EVE Online has been around since 2003, and over 15 years later, the game keeps turning heads. In EVE, players can travel through thousands of star systems and build their careers as traders, pirates, mercenaries, and a number of other professions. EVE Online isn’t just enormous in the scope of its world, but also incredibly liberal in what it lets players do. Within the game, players can commit various crimes against each other and engage in behaviors that would be considered bannable offenses in any other MMO. Open market trading, negotiating, and manipulation are also heavily enabled in the game’s internal economy, and EVE Online players have participated in some incredible events over the game’s lifetime.

It’s easy for MMORPGs to feel cookie cutter. Now and then, an MMORPG comes along that presents a beautiful, narrative-driven world that makes players feel like they’re invited into a much bigger story. Final Fantasy XIV is one of those.

Originally released as Final Fantasy XIV: A Realm Reborn, today’s Final Fantasy XIV features one of the best MMORPG settings to date. As to be expected for a series like Final Fantasy, the game features a wide range of non-playable characters for players to meet as they cross paths with the game’s various factions, team up with friends, and leave their impact on Square Enix’s online world.

Incredibly immersive, deep, and engaging, Final Fantasy XIV doesn’t just provide players with a place in the Final Fantasy universe — it gives them a meaningful online experience that lets fans feel like their decisions matter. If you want an MMORPG experience that feels more like a story than a playground, this is one to check out for sure.

For many anime fans, the 2000s are best remembered by a few classic staples: Lucky Star, Haruhi Suzumiya, Gaia Online, and most of all, the Nexon MMORPG MapleStory. Launched in North America in mid-2005, MapleStory introduced players to a side-scrolling 2D MMORPG world where players could customize their character, hang out with their friends, and become a powerful hero to protect Maple World from the Black Mage.

MapleStory has changed a lot since it first launched, but over a decade later, the game remains as fun as ever. Sporting a chibi anime look that should be familiar to players of yesteryear, MapleStory lets users choose from over 40 different classes, customize their character, and go on endless quests with friends new and old alike.

Phantasy Star Online is a free-to-play MMORPG from Sega, currently available on PC, PlayStation 4 and Vita, Xbox One, and Nintendo Switch. The universe the game takes place in has a distinct sci-fantasy feel to it, and it continues to expand via episodic new additions which also deliver new content to the game.

Gameplay in Phantasy Star Online 2 is very combat-focused, with players having access to a variety of abilities and weapon types to create their own custom fighting style.

Bioware’s Star Wars: The Old Republic simultaneously captures that Star Wars feeling while bringing something new to the table. Players get to experience the Star Wars universe before the events of the three prequels, choosing between eight different classes across either the Galactic Republic or the Sith Empire, alongside 10 different species. From there, users hop into an enormous world that plays host to a lengthy and immersive story campaign during the Old Republic era, thousands of years before the Battle of Yavin.

Featuring plenty of worlds to explore, space battles to engage in, and its very own PvP area, Star Wars: The Old Republic feels like a piece of Star Wars history that simultaneously sheds light onto an oft-forgotten part of the world’s universe while bringing something familiar to the table, including Jedi lightsaber battles.

EverQuest may have brought the MMORPG into the mainstream, and EVE Online might have pushed its boundaries, but there’s one massively multiplayer RPG that remains the most massive. World of Warcraft is still one of the best MMORPGs around.

World of Warcraft takes place in Azeroth, the realm from Blizzard’s Warcraft strategy series. Players can either group up with others to complete quests or go solo, though some quests require multiple players to come along. From there, players can level up their characters and go on to explore the game’s hub, making new friends, joining guilds, and leaving their mark on the world.

World of Warcraft remains incredibly popular thanks to its immersive, narrative-driven world, its vast skills and professions that players can pick up, its enormous number of quests, and most of all, its guild-based social features, which let players build incredible bonds with other WoW players.

Aidan O’Brien contributed to this article.