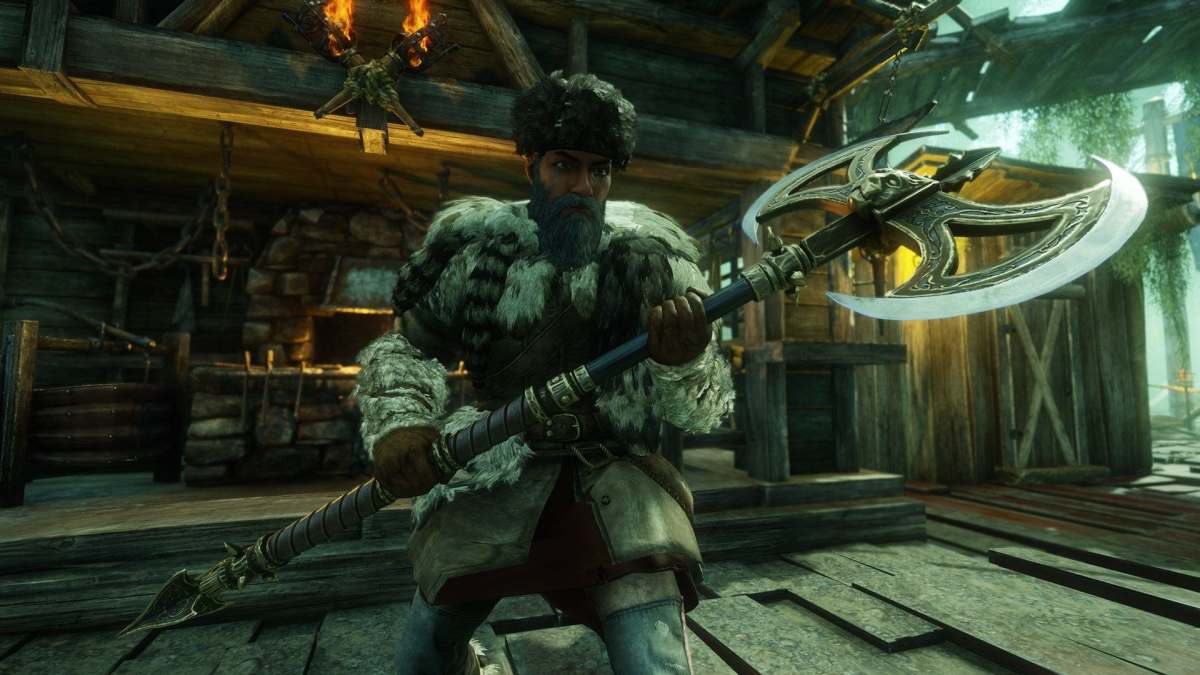 PvP combat takes on many forms in New World, and while some players like to experiment and devise their own unique styles, most gravitate towards the Hatchet as their go-to PvP weapon. This weapon’s passive abilities undeniably make it the most competitive choice. What you pair the Hatchet with comes down to which Strength-based weapon you favor most, as the Hatchet scales with Strength. For what is arguably the best PvP build in New World at the moment, you want to build around the Hatchet and Great Axe combo.

Both weapons have subtle survival traits that will keep you in the fight against difficult odds, and both also capitalize on surprisingly powerful finishing blows against weakened opponents. With this build, you can invest most of your attribute points into Strength and perform at your best both in one-on-one and large-scale PvP activities in New World. Other than the passive and active abilities outlined below, you should try to secure the Opportunist perk, which increases your damage against enemies with low health.

Besides keeping you safe through the Defy Death perk, the Hatchet is flexible enough for any playstyle and allows you to dish out uninterrupted damage even against players who focus on crowd control abilities. The best Hatchet talents to pick for this PvP build in New Blood are:

You are taking the Great Axe mostly for its Execute ability, which hits incredibly hard against targets who are below 50% maximum health and can catch a lot of players by surprise. The passive talents you want to take are:

Besides mastering these two weapons, PvP combat has plenty of other aspects and quirks to learn. This build will give you the best possible springboard into PvP activities in New World. How you choose to evolve it from here is up to you.