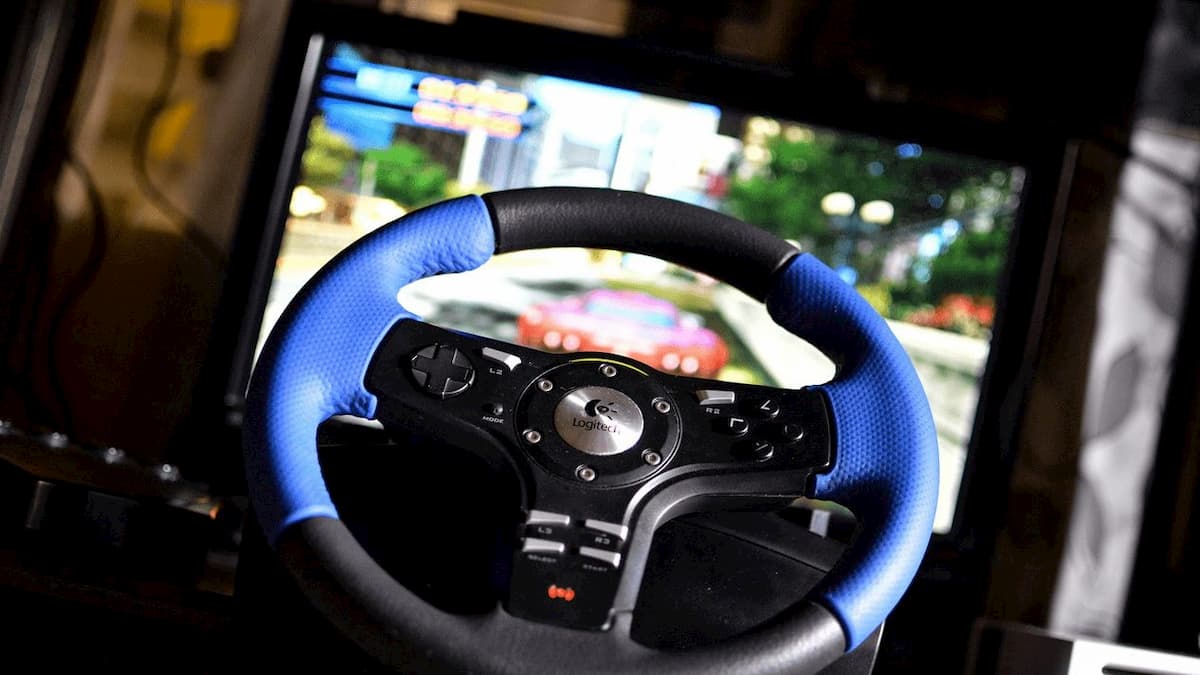 Christmas is just right around the corner, and if you love cars and want to enjoy the driving experience right at home without going anywhere, then we have the best racing games you can try during the holidays. Now, it is always best to play these games with a Steering wheel controller, as it actually feels like you are driving the cars or other vehicles in reality, and with the feedback the wheel provides, during the instances like vehicle crash, making a turn, you definitely want to explore the roads more.

These wheels can be connected to any platform, whether PlayStation, Xbox, or a PC. There are quite a few games that can be played using a Steering wheel controller that we have listed down a few of them that will provide you with immense joy.

Forza Horizon 4 was launched in September 2020 for PCs and Xbox. The game is set in an open world environment based on a fictionalized representation of Great Britain areas. It features dynamic game-play and seasons, that change every Thursday at 2:30 PM GMT in the real world. The game currently features over 700 licensed cars. You can play the game offline as well as online and is available to download from Microsoft Store.

The Crew 2 is an open-world racing simulation game that was released on June 29, 2018, for Microsoft Windows, PlayStation, Xbox One, and Stadia. It features a persistent open world environment for roaming freely across a scaled-down recreation of the United States. The game allows players to control various vehicles, including cars, motorcycles, boats, and airplanes. You can play the game offline as well as online and and can be downloaded from steam and respective stores.

If you are into hardcore motor racing, then Formula One might be the one that interests you. F1 2020 is the official video game of the 2020 Formula 1 and Formula 2 Championships developed and published by Codemasters. F1 2020 features all the official teams, drivers, and 22 circuits, including two new races: Hanoi Circuit and Circuit Zandvoort. The game was launched in July 2020 for Microsoft Windows, PlayStation, Xbox One and can be downloaded from steam and respective stores.

If you love to travel via road and enjoy the beautiful scenery, then American Truck Simulator/ Euro Truck Simulator might be the best game that you can try. There are different scenarios and missions that you need to complete while exploring the map. The game is available to play on PC only in both the offline as well as online mode and can be downloaded from Steam

Need for Speed Heat is a racing game set in an open-world environment called Palm City, a fictionalized version of the city of Miami, Florida, and its surrounding area. The game was released in November 2019 for Microsoft Windows, PlayStation, and Xbox One and can be downloaded either from Steam or Origin and respective stores.

If you are into rally racing, DiRT 5 might be one of the best rally games we have seen so far. Players can compete in events in a wide range of locations, such as Arizona, Brazil, China, Greece, Italy, Morocco, Nepal, New York City, Norway, and South Africa. The game was released in November 2020, for PlayStation, Xbox, and PC and can be downloaded from steam and respective stores.

Project CARS 3 was released in August 2020 for PC, PlayStation 4, and Xbox One that offers various cars, including the Bugatti Chiron. Along with this, it also features a wide range of circuits such as Autódromo José Carlos Pace, Circuito de Jerez and Tuscany. However, the game got a lot of criticism because of using the previous generation game engine instead of Codemasters Ego engine even though its development started in 2018. Still, the game is worth giving a shot, and you can get it from steam or respective stores.

If you want to buy a Steering Wheel that will give you the best experience while playing these game, we have listed a few down below: