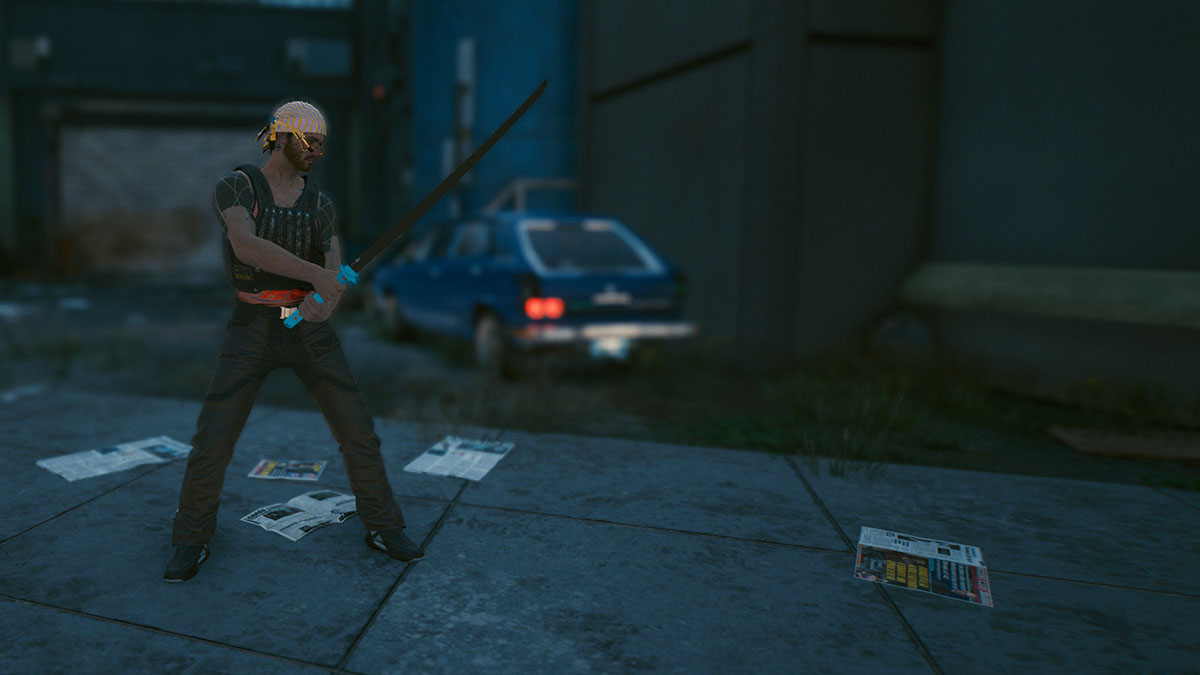 The Scalpel Iconic Katana can be obtained by completing the Big In Japan mission in Cyberpunk 2077. You can find this mission by visiting the Afterlife club and speaking with a man who is hanging out near to Rogue’s booth. He will call you over and ask you if you are interested in a job.

The first part of the job involves heading down to the docks in Kabuki to find a container that contains some form of illicit package. The container will have “No Future” written on it.

You can find the container in a building right at the end of the dock area. When you open in it, you are in for a shock, as it containers a person. The guy is in rough shape, but will survive. You will need to carry him through the docks while dodging Tygers that are looking for him. The trick here is not to follow the quickest route to the car that is waiting for you.

Pick up the man, and carry him outside, then along the docks. You will see a Tyger directly ahead of him. Scan him in hacker mode, then Ping him to pick up the locations of his friends. The trick here is to slowly make your way left along the docks. If you follow the route marked in yellow on the minimap it will lead you straight to a flight of stairs with two Tygers at the top that don’t move.

Instead of going that way, just go left. There is one Tyger here that you can neck-snap when he is looking the the other way. After that, it is a clear run to the next flight of stairs that will lead you to the car.

Put the man in the boot, then hop in and drive to the area marked by the waypoint. When you get out you will find the man who gave you the job, and he will offer you the Scalpel as payment. It is one hell of a Katana, so this is a job worht doing.

As for the man in the container, it turns out he is one of the best brain surgeons in the world, but managed to get himself in trouble with some of the seedier elements in Japan and needed to get out of town. Lucky for him, there is plenty of need for a talented brain surgeon in Night City.