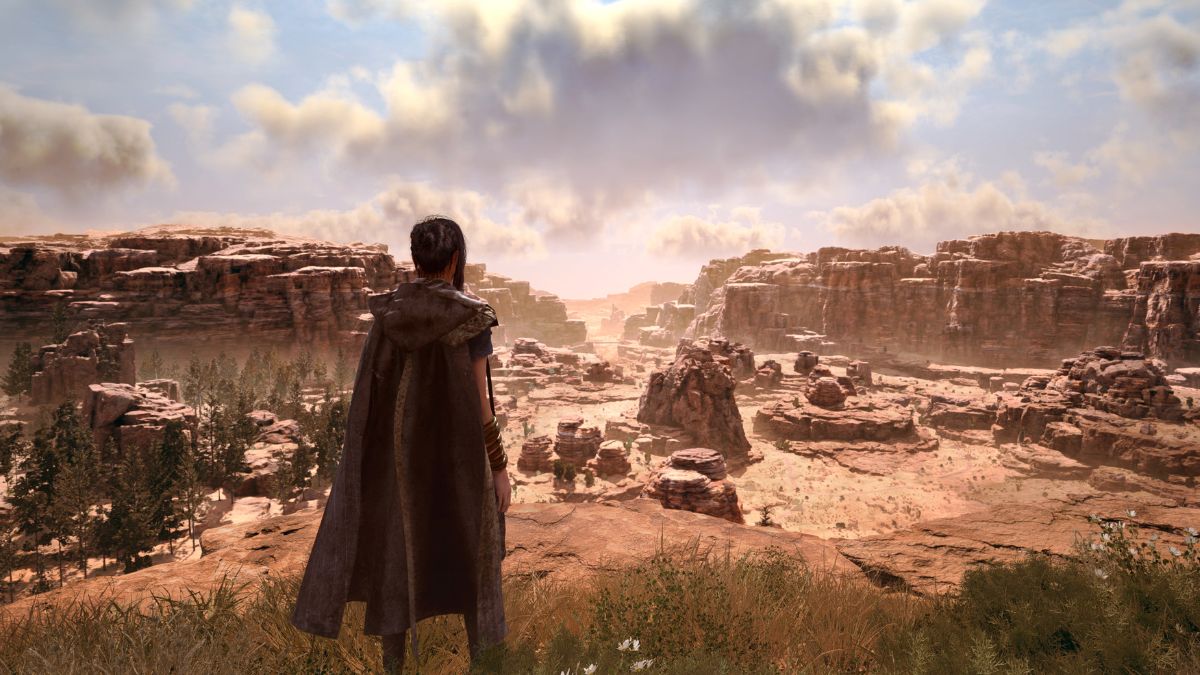 Forspoken is part of a small but growing crop of games made specifically for the current-gen consoles — PlayStation 5, Xbox Series X/S — and higher-end PCs. As such, it’s heavily demanding of the hardware, can push more onto the screen at higher fidelities, and is generally more challenging to run on lower-end equipment. The Steam Deck falls squarely into the “lower-end hardware” camp, though it’s almost obnoxiously powerful for a handheld device. However, as the Deck competes primarily with the previous generation of consoles for performance, how does it handle Forspoken? We’re here to answer that question.

As much power as Valve pumped into the Steam Deck, you need to make many concessions to get Forspoken to run at anything approaching playable settings. With the proper setup, and the Deck’s hardware 30 FPS cap, the game works, but it won’t look very good.

Models and Textures can’t go much higher than the “Standard” setting, Forspoken’s word for “Medium.” If you want a solid 30 frames, even with the hardware cap, you’ll need to lower or turn off Shadows, Reflections, Fog, and Clouds and go no higher than Performance with AMD’s FidelityFX Super Resolution (FSR).

The Performance setting for FSR degrades the image, but it’s not a deal breaker during gameplay. Ultra Performance, however, creates massive amounts of ghosting: halos around character models and environmental details. The ghosting is bad enough that it’s noticeable even on the Deck’s small screen at its native 1200×800 resolution or Forspoken’s general 1200×720 in-game res.

Worse, Forspoken’s in-engine cutscenes are all susceptible to the performance degradation necessary for the game to run passably on the Deck. Frey’s hair is a particular problem, being more a mass of dark pixels than a head of hair. Facial animations aren’t great either, though that’s something of an artifact of the game itself, with the lower settings making their awkwardness even more apparent.

One final thing you’ll need to watch out for is hard crashes. During an early part of our testing, while running around with magic parkour, the game locked up entirely. Forspoken’s massive battery consumption (thanks to Steam Deck battery) suddenly decreased by at least half and continued to drop, as did the fan noise. Thankfully, the Deck itself didn’t need to be restarted, but the game was completely gone.

Conclusion: Yes, it is possible to run Forspoken on Steam Deck, but performance is sub-par and unstable, and you have to make too many sacrifices for it to be worth the trouble. If you have a PS5 or a PC that can run the game, we suggest using those.